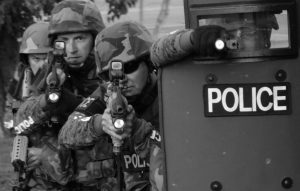 To find the origins of modern militarized policing, we have to look back to the Cold War. 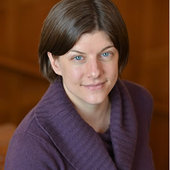 To find the origins of modern militarized policing, we have to look back to the Cold War. Starting in the 1950s, the defense department spent millions of dollars on studies that tried to explain how communists gained followers around the world.

Researchers working at military-funded think tanks such as RAND and the Special Operations Research Office examined how insurgents in Latin America and Southeast Asia lured people into trying to overthrow US-backed governments. This research was guided by the belief that communist activities abroad threatened national security at home. The military’s researchers wrote dozens of reports that explained how underground communist movements worked. Their recommendation: the US government should create training programs for police overseas. Suggested topics for instruction included surveillance methods, riot control techniques, and paramilitary tactics.

Then in the late 1960s, the military’s researchers made a profitable discovery: the US Department of Justice and local police departments would pay them to bring their research home. Researchers applied their knowledge about foreign communists in an attempt to help police deal with protesters on US soil. Military experts advised police on how to contain civil rights demonstrations calling for political and economic equality and how to control demonstrations against the Vietnam War.

By bringing home tools and ideas created to control foreign political movements, the military’s researchers treated dissenting Americans the same way they treated the nation’s enemies abroad. The language they used in their reports showed their assumptions. One Department of Justice-funded study called student activists “revolutionaries, known trouble makers, and other anti-social elements.” 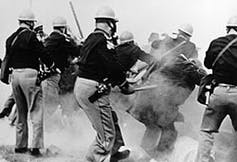 Pentagon research justified use of tear gas by local law enforcement, like these police in Selma, Alabama in 1965.

This research treated dissent as disloyalty. It treated protest as a threat to national security and stability, and assumed that protests, if left uncontrolled, might destabilize the government. So that demonstrations did not escalate into revolution, researchers told law enforcement to use tear gas when protesters gathered. This was already common practice in many localities, but the military’s experts gave police a scholarly justification for these kinds of heavy-handed actions.

Minority communities often bore the brunt of these practices. The idea that civil rights activists were similar to the nation’s foreign enemies was hardly a leap for the Pentagon’s experts. They warned repeatedly that “underground black organizations” — which is how they described civil rights organizations — might be planning “widespread campaigns of violence.” Their ultimate fear was race war.

American law enforcement listened all too well to these voices from the Pentagon. The FBI monitored Martin Luther King Jr for more than a decade in a fruitless search for communist connections. And the CIA ran Operation CHAOS, an intelligence program that tried to discredit prominent American civil rights and anti-war activists by searching for communist puppet-masters abroad.

Neither operation found what it was looking for, but suspicion of protest movements lives on.

Assumptions about protest continue to play out in the United States. From the 1999 Seattle World Trade Organization protests, to the Occupy Movement, to Ferguson, police have continued to confront peaceful protests with strong shows of force. My research suggests they do not do this simply because they have the equipment. They do it because, since the 1960s, police have often seen domestic social movements as threats to national security and domestic stability.

According to my research, militarization is a mindset. It is a tendency to see the world through the lens of national security, a tendency to exaggerate existing threats. In policing, this can manifest itself as a belief that physical security and calm are more important than civil liberties and that dissent can be dangerous to national security. This same mindset encourages police to treat protesting populations – and in particular minority populations – as if they might undermine the government.

All of which leads to the question: which is more dangerous to democracy – the small-scale violence that might occasionally accompany protest, or a militarized police force?