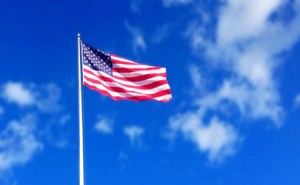 The political question of this generation may be, “How do we manage a balance between religion, government and society?” Some commentators on the right proclaim that the Founders imagined a nation based on Christianity and that, as a society that leans ever more secular, we have lost our way. Assuming they believe that rhetoric, they confuse the founders’ private morality with political philosophy.

The Founders’ views are easy to establish, since they wrote an extraordinary volume of letters and papers. Thomas Jefferson expanded on his thoughts regarding the question of America and religion in his famous letter to the Danbury Baptists. He wrote that the “…legislature should ‘make no law respecting an establishment of religion, or prohibiting the free exercise thereof,’ thus building a wall of separation between Church & State.”

At the end of the letter, however, he wrote “I reciprocate your kind prayers for the protection & blessing of the common father and creator of man…” These passages tell us two things. Jefferson believed in a clear division between secular government and religion and, as a matter of private conscience, he held to some form of religious belief.
Moral knowledge and conscience, backed up secular laws, are mainstays of orderly society. It would be foolish to think the Founding Fathers believed moral education, via religion or otherwise, offered no value. What they didn’t believe, as a rule, was that Christianity had a particular corner on that market.

Consider George Washington’s letter to Tench Tilghman, in which he recommended hiring workers who, “…are good workmen, they may be of Asia, Africa, or Europe. They may be Mahometans, Jews or Christian of any Sect, or they may be Athiests.” Washington clearly thought well of traditional values, such as a strong work ethic. Based on his letter, however, he did not consider those values available only to Christians or even to be dependent on holding religious beliefs.

James Madison was openly hostile to religion. In a letter to William Bradford, he wrote, “Religious bondage shackles and debilitates the mind and unfits it for every noble enterprize [sic], every expanded prospect.” It taxes the limits of imagination to believe a man who held such a vitriolic opinion of religion would ever be open to the founding of a “Christian Nation.”

For any Catholics out there, it’s a good thing that the founders imagined a secular government. In a letter to Jefferson, Adams wrote, “Can a free government possibly exist with the Roman Catholic religion?” Adams’ clearly felt, rightly or wrongly, that the very existence of Catholicism was anathema to the democratic vision. A point that is often obscured in conflict about government and religion is that separation of church and state did not just defend citizens from state-sanctioned religion. It also defended religions and their adherents from the biases of the Founding Fathers.

The most potent example that the Founding Fathers did not intend this to be a “Christian Nation,” and one subject to at least one hilarious conspiracy theory, is the Treaty of Tripoli, circa 1796. Article 11 of the treaty stipulates that, “As the government of the United States of America is not in any sense founded on the Christian Religion…” This treaty was approved by the administration of John Adams, a founding father, and signed off on by a Congress that included James Madison, another founding father.

Setting conspiracy theories aside, it is absurd to believe that Article 11 of the Treaty of Tripoli could escape the notice of both Adams’ administration and Congress. It is equally absurd to imagine that, if Adams, Madison and the other Founding Fathers intended America to be a Christian nation, that the treaty would have ever been approved.

Beyond that, there is an abiding question about whether the Founding Fathers even were “Christians” in its present meaning. Jefferson self-identified as a materialist and was accused of outright atheism by his political opponents. The debate still rages over whether Washington should be categorized as a Christian or a deist. Madison, aside from a brief flirtation with the idea of dedicating himself to ministry, seems to have been agnostic. Even Adams, generally credited as a Christian, rejected the idea of the holy trinity: a standard doctrine in many sects of contemporary Christianity.

So, has America lost its way or lost its mind? America has lost its way and, in some quarters, lost its mind, but not in the way the conservative right believes. The attempts to drag government into religion, shoehorn religion into politics, and politicize matters of private conscience are where America has lost its way. It was never the intent of Founders to make America a “Christian Nation” and, even if they had intended that, it would not have been in a form resembling the Christianity of today. Those who believe otherwise have lost their minds.