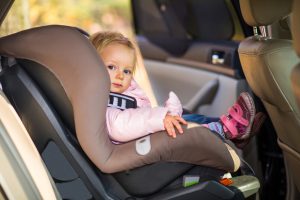 Child in a car seat via Shutterstock.

I have been studying the brain and memory since 1980, but I was baffled when a news reporter asked me in 2004 how parents can forget that their children are in the car with them. It seemed incomprehensible that parents could leave a child in a car and then go about their daily activities, as their child dies of hyperthermia in a car that reaches scorching temperatures.

My first inclination was to assume negligent parenting. Then I learned from a children’s advocacy group that more than 100 children had died as a result of being mistakenly left in cars since the 1990s. None of those cases had evidence of prior abuse or neglect by their parents.

I then spoke with many of these parents. I heard the gut-wrenching 911 calls they made after their child was found dead. I have realized that, in the vast majority of cases, this was not the act of uncaring or negligent parents.

Since I began studying forgotten children in cars in 2004, more than 300 additional children have died or suffered brain damage as a result of being left in hot cars.

Three times as many children have died this year over last year after being left inside cars that overheat, the National Safety Council reported in early June. The first day of summer is a good time to remind ourselves about the dangers of children being left in parked cars – and also to examine what causes and what can possibly prevent these tragedies. 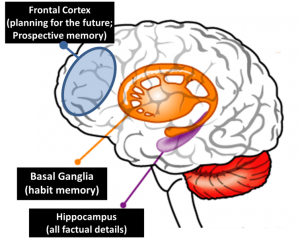 As a neuroscientist, I have studied this phenomenon from neurobiological and cognitive perspectives. I have interviewed parents, studied police reports, served as an expert witness in civil and criminal cases and contributed to media segments and documentaries on the topic.

Based on my research and my expertise, I have developed a hypothesis as to how this tragedy occurs. This type of memory failure is the result of a competition between the brain’s “habit memory” system and its “prospective memory” system – and the habit memory system prevails.

Prospective memory refers to the planning and execution of an action in the future, such as planning to take a child to daycare. Habit memory refers to tasks that involve repetitive actions that are performed automatically, as in routinely driving from one location to another, such as from home to work.

Prospective memory is processed by two brain structures, the hippocampus, which stores all new information, and the prefrontal cortex, which is essential to making plans for the future. The hippocampus provides access to one’s awareness that a child is in the car. The prefrontal cortex enables a parent to plan a route, including the plan to bring their child to the daycare, rather than to drive straight to work.

The habit brain memory system is centered on the basal ganglia, which enables people to perform repetitive tasks automatically. Examples of habit memory abound in our daily lives, including tasks such as riding a bike or tying shoelaces. It also applies in regard to children unknowingly left in cars. When we repeatedly drive along a fixed route, as between home (or other typical start locations) and work, habit memory can supersede plans stored in our prospective memory.

A suppression of prospective memory caused by the dominance of the brain’s habit memory system is an almost daily occurrence. It happens, for example, when we forget to interrupt a drive home to stop at the store for groceries. In this case, the habit memory system takes us directly home, suppressing our awareness (prospective memory) that we had planned to stop at the store. 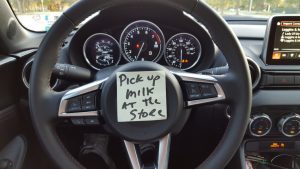 The magnitude of prospective memory failures, however, is not always so benign as forgetting to buy groceries. There are documented examples of memory-related tragedies: pilot memory failures are a significant threat to flight safety, police officers forget their loaded guns in public restrooms and service dogs have died of hyperthermia after they were forgotten in cars.

Therefore, our flawed prospective memory puts those we love at risk. This is especially true when we assume that precautions are not necessary because such tragedies happen only to negligent parents. The evidence is clear that this assumption is wrong.

Although each case is different, the cases tend to share factors in common that contribute to children being left in cars: a change in the parent’s routine that leads him or her to follow an alternate, but well-traveled, route; a change in how the parent interacted with the child during the drive, such as when a child might have fallen asleep en route; and a lack of a cue, such as a sound or an object associated with the child – for example, a diaper bag in plain view.

Typically, there was a choice point during the drive where the parent could go to daycare or to another a destination (usually work or home). At that choice point the parents report having lost awareness that the child was in the car.

Parents who have forgotten their children in cars often report stressful or distracting experiences before or during the drive. Many also report sleep deprivation.

The stress and sleep deprivation factors are important, as they are known to bias brain memory systems toward habit-based activity and to impair prospective memory processing. Ultimately, all or a subset of these factors have caused parents to follow a well-traveled route, controlled by their brain habit memory system, that did not include stopping at the daycare.

In theory, therefore, activation of the habit memory system suppressed their prospective memory system. This caused them to lose awareness of the presence of their child in the car.

A universal observation I have made is that each parent’s brain appears to have created the false memory that he or she had brought the child to daycare. This scientific anomaly explains why these parents went about their routine activities, which even included telling others that they needed to leave work on time to retrieve their child from daycare. Having this “false memory” caused them to be oblivious to the fact that their child had remained in the car all day.

Many of these parents have been charged with manslaughter or even murder. I do not think that incarcerating parents for the deaths of their children in these cases is appropriate. The hijacking of prospective memory by habit memory, and the parent’s loss of awareness of a child’s presence in the car, is a tragic way for us to learn how the brain can malfunction when it is in “memory multi-tasking mode.” There is no indication in the cases I have studied that these parents demonstrated an act of willful recklessness or gross negligence for the child’s welfare.

Finally, how do we stop this tragedy? The first step is to accept that human memory is faulty and that loving and attentive parents can unintentionally leave their children in cars. Many strategies have been suggested, such as using a phone app linked to an occupied car seat, but most people refuse to take any precautionary measures because they believe this could never happen to them, a potentially fatal mistake.

Some progress has been made by General Motors, which has developed a child reminder system for its cars. Although I applaud GM’s efforts, they have chosen to apply this lifesaving technology to only one of their models. To ensure that no more children will die in hot cars, it is urgent that legislation mandates that a child reminder system be standard equipment in all cars.