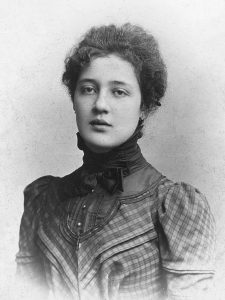 As with many fields of study, the canonical works of the social sciences are overrun with the findings of white males. But in the field of psychoanalysis, Melanie Klein, a Viennese Jewish woman, made an impact on the field with her unlikely-sounding theories published in her book The Psychoanalysis of Children, where she documents infants’ reality of a ‘good breast’ and a ‘bad breast.’ She has since been recognized as one of the most notable counselors in history.

Klein was born on March 30, 1882 to a middle-class, Jewish family in Vienna. The youngest of four, Klein took an early interest in psychoanalysis, captivated by its ambition and wisdom. Klein had dreams of attending medical school to study psychiatry, following the footsteps of her father, but was held back and pushed into a loveless marriage to Arthur Klein at the age of 21, with whom she would have three children.

Bored, sexually frustrated, and struggling with her mental health, Klein delved back into psychoanalysis and divorced her partner. Moving various places throughout Europe, the single, divorced mother began reading books on the subject, attended lectures, and publishing papers in her own time. 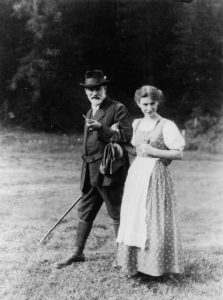 Melanie’s work and the theories she produced remained, on the whole, unchallenged until 1938 when Anna Freud published work with antithetical findings.

Although she never received a proper education, Klein made a huge impact on psychoanalytical theory. A long time student in Freudian theory, Klein departed from his method when it came to children. Freud believed that children couldn’t possibly be studied, as their minds were not yet finished forming, but Klein maintained that children could be psychologically analyzed simply through observing how they played with toys. Klein thus equipped her offices with small horses, figurines, and train sets, making the observation of children a main practice in her clinical studies.

Through observing children, Klein was determined to understand the ways in which human beings evolve from early infancy–where they exhibit only pleasure seeking tendencies–to a more mature adaptation in their later years of life. This is how Klein developed her most fascinating theories about infants and their relationship with their mothers.

As noted in The Philosopher’s Mail, “she was first and foremost struck by the difficulty of the young infant’s situation. Weak, utterly at the mercy of adults, unable to grasp what is happening, the infant cannot–in Klein’s description–grasp that people around it are in fact people, with their own alternative reality and independent points of view.” Her theory notes that infants are unable distinguish that even their mothers are anything more than “breasts” which appear and disappear at seemingly random intervals throughout the day, causing the child to experience both agony and complete calm.

Klein believed that this dichotomy forced infants to develop a split relationship with their mother–where they perceive her as a ‘good breast’ and a ‘bad breast’. Around age four, should the child develop in a healthy manner, this ‘split’ heals, and the child will start to understand that their mother is one being who is a mixture of both positive and negative traits. For Kleinian psychoanalysts, children displaying ambivalence toward their mother is a sign of maturity and healthy development. 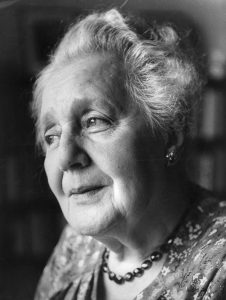 Despite her lack of education and outlier status as a divorced, single mother, Klein’s tenacity for the subject matter allowed her to be a leading psychoanalytic thinker of her time.

Her work and the theories she produced remained, on the whole, unchallenged for many years, when in 1938, Anna Freud published work with antithetical findings. While Klein believed that the infant’s unconscious was object oriented (the breast being one such object), Freud believed that the unconscious drive had a source and an aim, but didn’t focus on a single object.

Despite the fundamental differences in the two women’s theories, Klein continued to write and research, publishing another notable research study in 1946 titled “Notes on Schizoid Mechanisms,” which was widely received by men and women who had taken an interest in studying children. She spent much of the rest of her life traveling, until her death in 1960.

Despite her lack of education and outlier status as a divorced, single mother, Klein’s tenacity for the subject matter allowed her to be a leading psychoanalytic thinker of her time. Throughout her long career working with children, Klein made a lasting impact on the field of psychoanalysis, publishing findings that had previously been deemed unnecessary or impossible by her predecessors. Her work also remains highly relevant, with her theories about object relations being used in textbooks to this day. 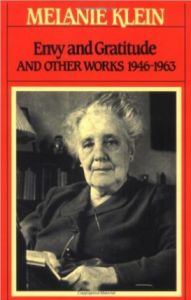