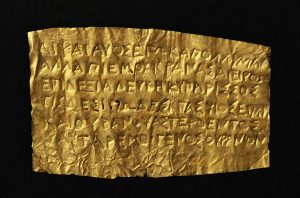 Mystery cults were an exception to the public and communal nature of ancient Greek religion. 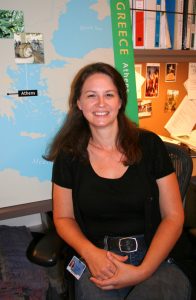 Ancient Greek religion was, by definition, public and communal. Worship was inextricably tied to the polis, the city-state that was one’s community. Religion was expressed publicly through music and dance, especially at the processionals that were often part of sacred festivals honoring the gods. There were also loudly spoken prayers, ritual sacrifice, and the display of votive gifts in the temple, all of which were witnessed by the people as part of worship in a god’s sanctuary. When an individual asked favors of the gods, it was on behalf of the community, not the individual making the request. The polis’ relationship with the gods was reciprocal—the community provided worship and respect, the gods provided favors and gifts of blessings.

However, Greek religion was so complex that throughout it ran a trend counter to this public, communal worship: the mystery cult. Only initiates could take part in the rites of the mystery cult, and they were forbidden to ever speak of what occurred. They followed this precept so faithfully that even today we know very little about what was involved in these cults.

Quick aside on words: “cult” today has various negative connotations. When used in describing ancient Greek religion it merely means the many different practices dedicated to one god or another. There was a “cult of Athena,” a “cult of Dionysos,” a “cult of Zeus,” etc. The mystery cults did not exist entirely outside the public religion of the polis, but were rather a special subset of the worship of particular gods.

Many of the mystery cults dealt specifically with the issue of the afterlife. The basic Greek idea of the afterlife was not pleasant—you existed as a shade in the underworld. In The Odyssey, when Odysseus passes through the underworld and meets the ghost of the greatest of warriors, Achilles, Odysseus says to him that he was so great in life and his everlasting renown so assured, that, basically, he shouldn’t take being dead so hard. Achilles answers, “Say not a word in death’s favor; I would rather be a paid servant in a poor man’s house and be above ground than king of kings among the dead.”

In the ancient world, magical spells and prayers were frequently printed on tiny sheets of paper or beaten metal, which would then be rolled up and worn in a pendant around the neck. Our most beautiful example of this sort of object, I think, is an Orphic prayer sheet barely one inch by two inches. This video offers a reading of the translated English text.

This prayer sheet would have belonged to a member of a cult of Orpheus, the mythological poet-musician who was the son of Calliope, the muse of epic poetry, and was often said to also be the son of Apollo, god of music and reason as well. Orphic cults became popular in the 500s B.C. The Orphic cult was one that promised a way to a better afterlife. The prayer on this sheet is giving instructions to the dead soul, which is thirsty, as all dead souls are. Most drink from Lethe, the river of forgetfulness, and lose all memory of their lives. This prayer says to go past the river and drink from the spring of Memory, marked by the cypress tree, because truly all souls are half-earthly and half-celestial, and the celestial half is your true nature. Follow these instructions, and your afterlife will be one of bliss rather than ghostly misery.

Another mystery cult promising a better afterlife was the cult of the Egyptian goddess Isis, which spread throughout the Mediterranean during the Hellenistic period (323–146 B.C.), remaining popular even into Roman times. A core myth of Isis’s cult was her resurrection of her husband Osiris, who had been murdered and dismembered by his brother, the god Seth. Dedication to her cult allowed access to her powerful magic, which could defeat even death. 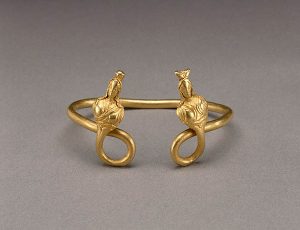 Isis was identified with Demeter in the Greek world, and Demeter and her daughter Persephone, often called Kore, were the focus of one of the most famous mystery cults. More is known from more sources (archeological, written, and artistic), of the mysteries of Eleusis than of any of the other ancient mystery cults. Furthermore, this cult was widely known and famous for its ability to bring happiness and comfort to its members in the ancient world, where it lasted from the time of Homer until the fall of the Western Roman Empire, nearly a thousand years. The cult was remarkably accepting—women, slaves, even foreigners could join. 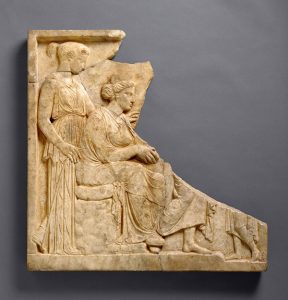 Scholars find echoes in the mystery cults of practices going back to the Neolithic Period (about 8000–3000 B.C.). Both the mystery cults of Demeter and Dionysos show relationships to the Mother Goddess, specifically as she was worshipped in Anatolia (today, Turkey). This goddess is indeed a mystery to us today, mostly known through figures that would have been ancient even to the Greeks. (More about the sculpture below, including views of it in the gallery, in a video.) And of course, that’s all part of the appeal of the mystery cults—if they were ancient and mysterious to the Greeks, they are even more so to us today. 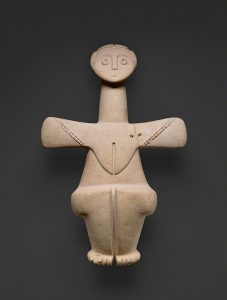