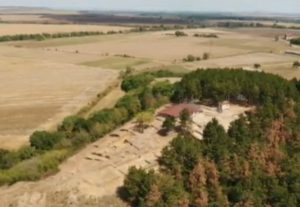 An aerial view of the Ancient Thracian mound which has turned out to hide the ruins of the residence of a provincial governor and an iron-making center from the empire of Alexander the Great and Lysimachus. Photo: TV grab from BNT

Archaeologists have unearthed a 2,300-year-old facility for iron production and a provincial governor’s residence – which appear to have been used by Emperor Alexander the Great and his successor in Thrace, Lysimachus – underneath what originally seemed like an Ancient Thracian burial mound located near the town of Knyazhevo, Topolovgrad Municipality, in Southeast Bulgaria.

The landscape of Southern (and Northeast) Bulgaria’s valleys is dotted with Ancient Thracian burial mound which have yielded some of the most impressive treasures from Ancient Thrace but are also favorite target for ruthless treasure hunters.

What seemed like a large Ancient Thracian burial mound near Knyazhevo, Topolovgrad Municipality, Haskovo District, near Bulgaria’s border with Greece and Turkey, was attacked by treasure hunters seven years ago, prompting archaeologists to start rescue excavations.

Instead of finding an Ancient Thracian tomb underneath the man-made mound, however, the archaeologists have discovered the buried home of a provincial governor and a center for the mining and production of iron from the second half and the end of the 4th century BC, i.e. the time of Macedon Emperor Alexander I the Great (r. 336 – 323 BC) and Lysimachus (r. 306-281 BC), one of Alexander the Great’s generals, and one of his diadochi (successors) who became King of Macedon, Thrace, and Asia Minor.

After seven years of digs and research, following the 2017 excavations, the archaeological team excavating the Thracian mound near Bulgaria’s Topolovgrad finally has a sound hypothesis about their discovery, BNT reports.

They believe that the iron-making facility was a major production center for iron and arms for the armies of Alexander the Great on his campaign to India as well as under Lysimachus’ ensuing reign.

One of their main arguments has to do with the fact that virtually no other iron production centers from the time of Emperor Alexander the Great (including the period of his campaign to conquer India) and Lysimachus have been discovered on the territories of Ancient Thrace that they ruled over.

The archaeologists also hypothesize that under Alexander the Great and Lysimachus, the place, which seems to have also been the residence of a strategos (strategus), i.e. a local military governor, brought an era of prosperity for the region between the mountains of Strandzha and Sakar in today’s Southeast Bulgaria.

After Lysimachus, however, the iron mining and production in the region collapsed, the time of prosperity ended rather abruptly, and that led the local Thracian miners to bury the home of the local strategos as a way of worshipping the prosperous past associated with the place. 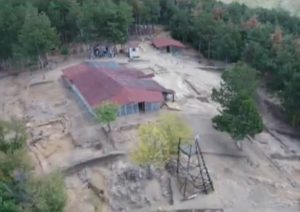 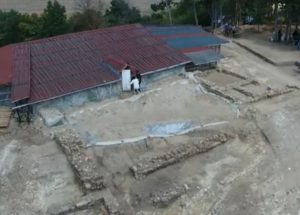 The 2,300-year-old provincial governor’s residence near Bulgaria’s Topolovgrad featured a lavish two-floor home, and facilities for the processing of iron ore. Photos: TV grabs from BNT

When starting the rescue excavations of the 2,300-year-old Ancient Thracian mound between Bulgaria’s Strandzha and Sakar Mountains, the archaeologists had expected to unearth a Thracian tomb or perhaps a buried temple.

However, the structures they gradually uncovered over the past seven years have turned out to be a rather lavish home, most probably of a provincial governor, dating back to the end of the reign of Emperor Alexander the Great (336 – 323 BC).

“Since we are located on a territory [later] ruled over by Lysimachus, this was probably [the residence of] one of Lysimachus’ strategoi, who was put in charge of ruling this part of Thrace,” says Deyan Dichev, the deputy head of the archaeological team excavating the site near Bulgaria’s Topolovgrad.

He notes that the two-floor building features various types of evidence about the lavish lifestyle of its residents.

“These people’s lavishness is visible. You know the well-known frescoes from the Alexandrovo Tomb (also in Bulgaria’s Haskovo District – editor’s note) which present a boar and deer hunt? Here we have found over 12 intact deer horns. Near the entrance we have found a cellar containing a large number of fragmented amphorae,” the archaeologists points out. 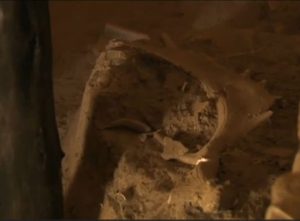 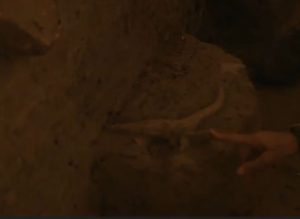 Deer horns and antlers found amid the ruins of the provincial governor’s residence. Photos: TV grabs from BNT 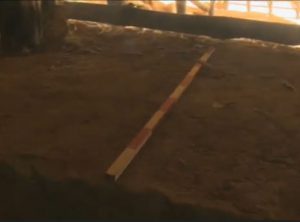 The walls of the residence were over 1 meter thick. Photo: TV grab from BNT

He also emphasizes that the walls of the seeming residence of a provincial governor from the early Hellenistic period were about 1.10 meters thick providing for a cool dwelling in the very hot summers.

The strategos’ home also had running water which probably provided for a sewerage. The house and the other buildings of the residence were covered with high-quality tiles.

The residence of one of Alexander the Great and Lysimachus’ provincial governors was surrounded with the defense wall, and a moat, and also had a fortress tower. Even though it was a small fortress, it did have water tanks allowing it to withstand a longer siege. However, the archaeologists have not found any traces of a battle fought there.

The riches of the residence appear to have resulted from the fact that it was also major iron production center for which the archaeologists have found several pieces of evidence, including the paving of the residence’s yard. 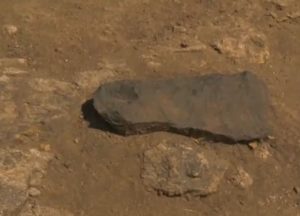 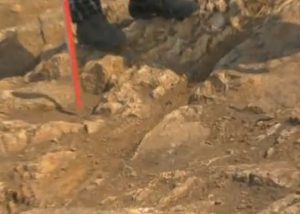 “All levels and paths were made [covered] with slag which is indicative of the mining of iron at the time when [the residence] was functioning,” Dichev says.

“The slag helps prevent the terrain from getting muddled. It was used as gravel which indicates the mining of iron ore in the area,” he adds. 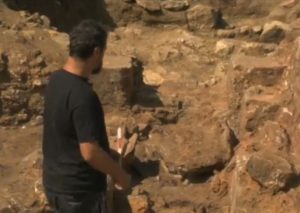 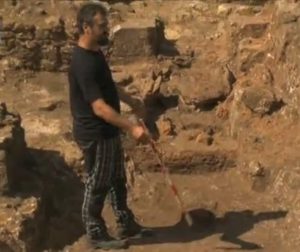 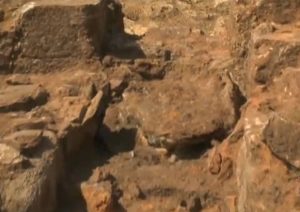 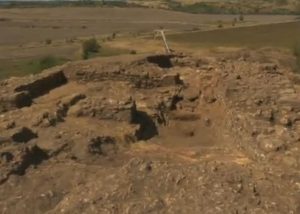 Archaeologist Deayn Dichev shows the site of the iron-smelting furnace, with traces o smelted iron from 2,300 years ago, and a rock “tub” at the bottom where the smelted iron was collected. Photos: TV grabs from BNT

“The iron ore from the area has a very high iron content, over 90%. There are also clearly visible iron veins on the surface, shallow ones. Here we also see part of the melted iron which was cast in what seems like a rock tub. The iron which was left on the rock was then removed for secondary processing. This is visible in a layer here,” the deputy head of the archaeological team explains.

He adds that the local Ancient Thracians probably selected the place as location for their foundry because the seasonal winds in the place were probably used for helping boost the furnace fires for smelting the iron.

The archaeological team hypothesizes that the iron processed at the residence near Bulgaria’s Topolograd may have been used to arm Emperor Alexander the Great’s troops in their campaign to conquer India.

“One of our hypotheses has to do with the end of Alexander the Great’s rule when in Babylon one of his strategoi – namely, the strategos of Thrace – brought a large amount of weapons from Thrace,” Dichev says.

“Precisely those weapons brought to Babylon were plated with gold and silver, and Alexander the Great headed with them towards India – on the ill-fated campaign from which he never returned,” the archaeologist adds.

“A large portion of those weapons were produced in Thrace. And, as a whole, such iron mining and such furnaces for the smelting of iron ore from this period have not been documented in [what was Ancient] Thrace so far,” he elaborates. 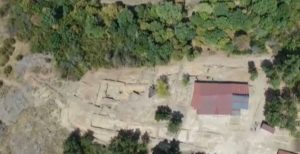 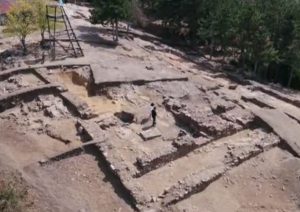 After Lysimachus’ death, the residence / iron-making center is believed to have buried under a mound by the local Ancient Thracians as a means of worshipping their prosperous past. Photos: TV grabs from BNT

It is noted further that after Lysimchus’ death, the local Ancient Thracians overthrew the rule of the original Kingdom of Macedon, and the provincial governor’s residence and iron-making center between the mountains of Strandzha and Sakar was abandoned.

“Then the Celts passed through here, there were also other military campaigns which hurt the economy of the locals. After Lysimachus, there was no powerful ruler to buy out the iron output,” Dichev says.

Thus, his archaeological team hypothesizes that the local Ancient Thracians who mined the ore and produced the iron lost their earlier prosperity.

They began worshipping the ruler under whom they were most prosperous so they built what essentially resembled the other Ancient Thracian burial mound by burying the local governor’s residence as if it had been a temple.

It is noted that with as the archaeological research of the site near Bulgaria’s Topolovgrad has been progress, the hypothesis about this burial of the governor’s residence as a way of worship has started seeming more and more logical, and less and less strange.

In 2015, the team of archaeologists Daniela Agre and Deyan Dichev made headlines with the discoveries of an altar for chthonic deity rituals and a silver treasure in fortresses of the Ancient Thracian tribe Asti in Bulgaria’s Strandzha Mountain.