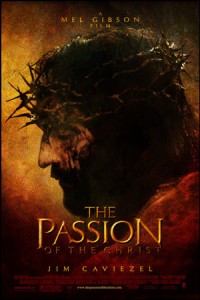 An Arkansas teacher is in hot water after students complained that he forced them to watch Mel Gibson’s 2004 film, The Passion of the Christ, reports THV11.

Exactly why he thought it was a good idea, however, remains a mystery.

The latter of which is a movie that has landed Arkansas teacher Greg Hendrix in hot water, after he made his students at Wilbur D. Mills High School in Little Rock watch the film as part of his class on “History since 1890.” They also had to take a quiz on it.

Now, I have a degree in history. I might be accused of liberal bias by some, but I’m pretty sure that Rabbi Yehoshua ben Miriam, if he existed at all, did so before 1890. This leads me to call into question the teacher’s credentials. But, again, liberal bias and all that.

According to a record taken by a student, the Hendrix also complained about Democrats and liberals, and bemoaned “political correctness.”

Kristina Coffman, one of the students who showed up to class only to find they were watching the film, described it as “weird” and said “He shouldn’t have done it because there are a lot of students that have different religions. It just didn’t feel right.”

She admitted that she and five other students walked out of the classroom.

And, unsurprisingly, the Arkansas ALCU agreed.

“It’s religious proselytization. It has nothing to do with the class, which is history since 1890,” Rita Sklar, executive director of ACLU of Arkansas, said, before adding some students in Hendrix’s class were bullied by other students after watching the film.

“He said that that Liberals and Democrats were trying to violate their first amendment rights,” Sklar continued, noting, “Kids having the religious liberty in school means they can express their religious views. It doesn’t mean the teacher can.”

The R-rated Jesus Chainsaw Massacre earned some notoriety after its release, when religious parents traumatized their children by forcing them to sit through the whole movie. Saw: Bronze Age would go on to earn just over $600 million worldwide, and not because it’s a particularly good movie.

The district has since suspended Hendrix with pay pending an investigation. The ACLU is also considering filing an ethics complaint with the state.