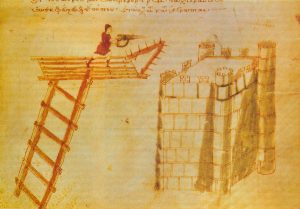 Use of a hand-siphon, a portable flame-thrower, from a siege tower equipped with a boarding bridge against the defenders on the walls. Medieval illumination in the manuscript Codex Vaticanus Graecus 1605. / Wikimedia Commons


The distinctive nature of Byzantine illumination is instantly recognisable: full-page miniatures of the Evangelists writing their Gospels, against a gold backdrop with brightly coloured buildings in the background; marginal images of biblical figures and saints of the early Church, all carefully identified; beautiful calligraphy most clearly on display in the historiated and decorated initials opening individual books or sections.

Byzantine art tends to be approached from a perspective of what it is not. For those more familiar with western medieval illumination, the styles employed can often appear very foreign – more ornate, more stylised, and with less variation in subject matter. It is also difficult to dissociate Byzantine art from classical Graeco-Roman art, from which it developed and yet appears very far removed. However, although Byzantine art is undeniably distinctive, it shares a great many features both with classical art and with western medieval art. To understand this, however, it is first necessary to get an appreciation of the most important event in the history of Byzantine art – the Iconoclastic period. Iconoclasm (which literally means ‘the destruction of images’) has meant that relatively few examples of pre-8th-century Byzantine illumination survive. A selection of examples is discussed in the article on late antique book illumination. 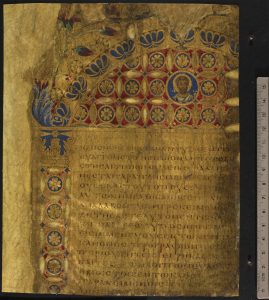 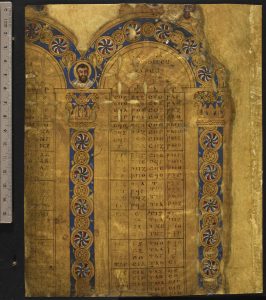 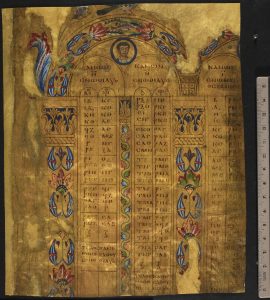 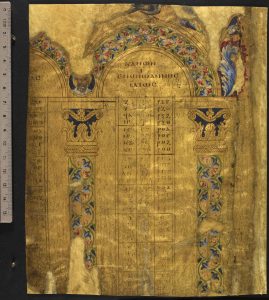 Christianity was a central aspect of the Byzantine Empire from its beginnings until the fall of Constantinople in 1453. The Byzantine court functioned as a theocracy, in which the Emperor was seen as God’s representative on earth, acting with divine authority. Religion infused every aspect of Byzantine life, and this is well reflected in the manuscript culture of the Byzantine world. In a world governed by religion, it is not surprising that questions about the propriety of religious imagery would arise. The Second Commandment forbids the creation of graven images (Exodus 20:4–6). Early church thinkers debated at length the extent to which this commandment should be applied to religious art. Although Christian art existed from an early period on, there was always disagreement about its propriety. This came to a head in the early 8th century in Byzantium for a number of reasons. Perhaps the most important of these reasons was the emphasis placed on the veneration of icons (images of religious figures) in late antiquity: these gradually came to be seen as having spiritual qualities in their own right, not merely reflecting the holiness of the figures depicted themselves. For some, this came perilously close to image-worship.

The Emperor Leo III (r. 717–41) instituted a state ban in around 726 on the production of sacred images and a project to destroy existing sacred images. The first ban on icons lasted until 787, when a council at Nicaea approved the veneration of icons. However, in 814, Leo V (r. 813–20) reintroduced official iconoclasm, and this lasted until 843, when the empress Theodora, acting as regent for her son Michael III between 842 and 855, restored the veneration of icons.

Iconoclasm had a huge impact on later Byzantine art. It is interesting to note that some of the most lavishly illuminated manuscripts of subsequent centuries, the Marginal Psalters, contain depictions of iconoclasts destroying images of Christ, and being punished in Hell. Examples of such images can be seen in the Theodore Psalter (but not, curiously, in the Bristol Psalter). Further discussion of the illuminated psalters can be found here. 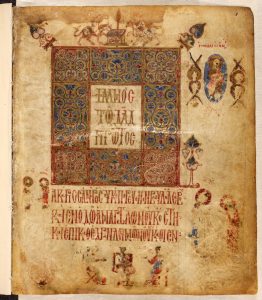 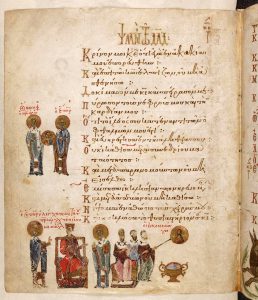 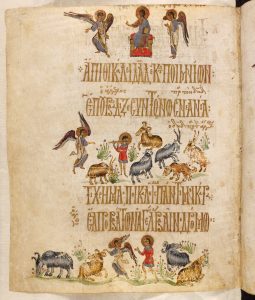 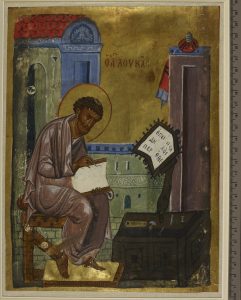 Completed in 1066, the Theodore Psalter contains numerous images of iconoclasts, whose faces have been erased by later readers (Add MS 19352) / British Library

Although both of the British Library’s marginal psalters (psalters with decorations in the margins) date from the 11th century, they reflect traditions started in the middle of the 9th century, around the time of the end of iconoclasm, and similar images can be found in earlier psalters held by other libraries.

The bulk of the British Library’s illuminated Byzantine manuscripts date from between the 11th and 13th centuries, and are mostly illuminated Gospel books. These tend to depict the evangelists of the Gospels in the act of composing. They are important enough to be the subject of their own article elsewhere on this site, but one point is worth making in this article. On occasion in these stylised portraits can be found echoes of classical Greek sculpture. Occasionally this takes the form of carefully-billowing robes or curtains, reminiscent of the drapery found on female Greek statues. But in one instance, the book-stand facing an evangelist takes the shape of a remarkably classical-style sculpture. 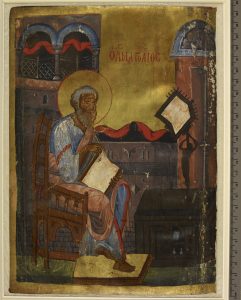 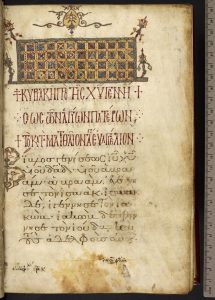 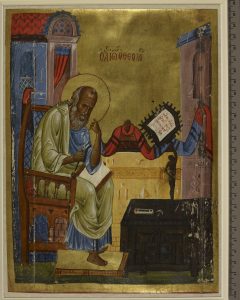 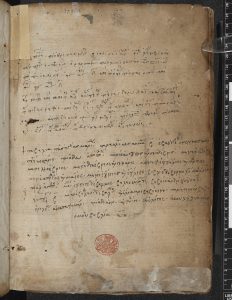 The Askew Gospel Book: This portrait of the evangelist Matthew depicts a book-stand in the shape of a figure reminiscent of Greek sculpture (Add MS 5111–12) / British Library

Regional differences in styles are clearly to be found in these manuscripts. These are discussed in detail in another article on provincial book production. As local artistic styles developed in the 14th centuries and beyond, we also find more unusual (or unusual in a Byzantine context) images, such as the portrait of St John the Evangelist in a Gospel Lectionary completed in 1413 in Berat (Albania). 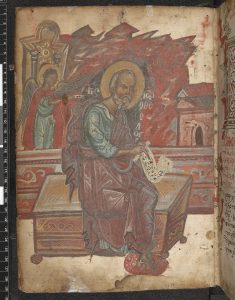 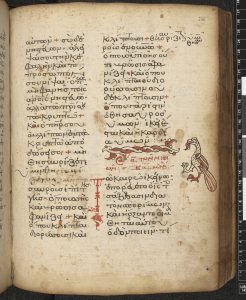 Gospel lectionary from the Monastery of St. Marina in Berat: This portrait is done in coloured inks on a paper manuscript, which along with its relatively late date and place of production accounts for its distinctive appearance (Add MS 37008) / British Library

It is notable how few illuminated Greek manuscripts contain secular texts. In the case of the British Library’s collections, secular illumination is only really found in manuscripts produced in the Renaissance, providing us with the opportunity to see the juxtaposition of exquisite Greek calligraphy and Western-style art, as in the case of the splendid Florentine Homer, copied by the scribe Ioannes Rhosos in Florence in 1466. Its opening page depicts Homer surrounded by the Muses, and the first page of text includes typical Florentine-style white vine decoration. 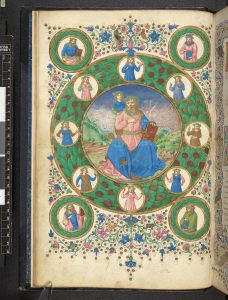 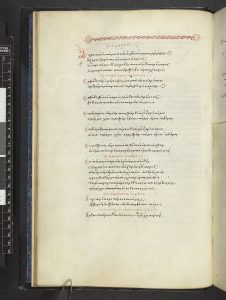 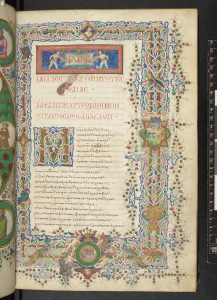 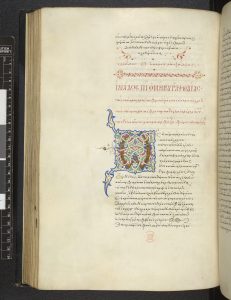 The British Library has one of the greatest collections of Byzantine illumination in the world. Many more examples can be found in the collection items elsewhere on this website.