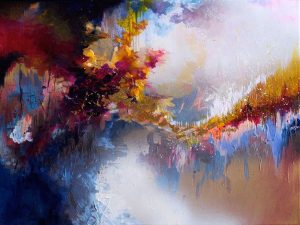 Ever wonder what John Lennon’s “Imagine” looks like? Not the music video, but the song itself. Well, thanks to artist Melissa McCracken, you don’t have to imagine it anymore.

Melissa “suffers” from a condition known as synesthesia, which allows her to experience various things – from sounds to letters and even math formulas – as colors, so whenever she hears music, her mind’s eye sees a symphony of colors and textures. In a desire to capture the way she perceives music and share it with the rest of the world, the Missouri-based artist immortalizes popular songs as vibrant paintings.

“Until I was 15, I thought everyone constantly saw colors. Colors in books, colors in math formulas, colors at concerts. But when I finally asked my brother which color the letter C was (canary yellow, by the way) I realized my mind wasn’t quite as normal as I had thought,” Melissa writes on her website. 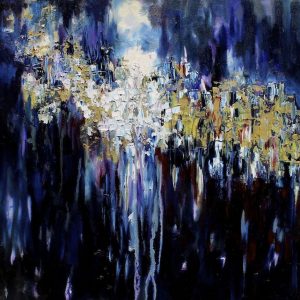 “Basically, my brain is cross-wired. I experience the “wrong” sensation to certain stimuli. Each letter and number is colored and the days of the year circle around my body as if they had a set point in space. But the most wonderful “brain malfunction” of all is seeing the music I hear. It flows in a mixture of hues, textures, and movements, shifting as if it were a vital and intentional element of each song,” she adds. 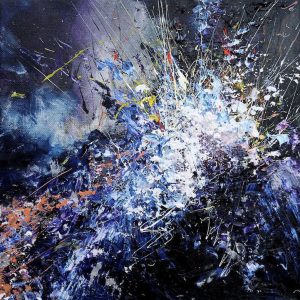 In an interview with MTV, the young synesthete painter said that all sounds have colors, but she doesn’t really pay attention to them unless someone asks her what color a certain sound is. Music, on the other hand, is harder to ignore, as she experiences it in vibrant colors. 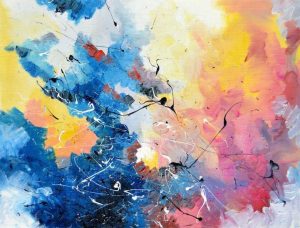 “Mainly, it’s just music that has vivid colors,” McCracken said. “Sometimes a sneeze will look light pink, or the beep on my alarm is turquoise, but I don’t pay much attention to those colors. I don’t think much of those until someone asks. Voices have a certain darker or lighter feel and can be more jagged-shaped or more rounded, but thinking of their faces instead usually overpowers the colors.” 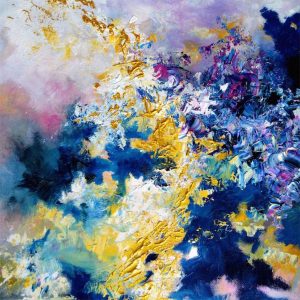 Apparently, different genres and instruments all look different when experienced by someone with synesthesia. Melissa says that modern country, for example, looks like dirty yellow or orange, classic guitar is usually a golden-brown hue, while electric guitar can be “very icy-purpley or blue”. 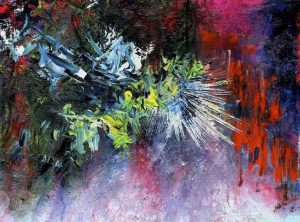 Led Zepplin – Since I’ve Been Loving You

Asked if the way she usually likes a song because of the way it sounds or looks, Melissa McCracken said that she still hasn’t figured that out, but adds that the image a song paints in her mind’s eye can influence her taste in music. 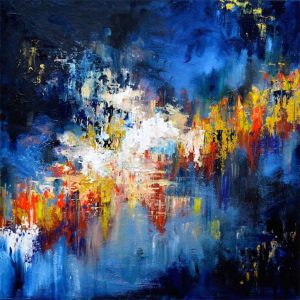 “I still haven’t quite figured that out. But I think that sometimes the look of a song can make me more or less attracted to it. If it’s not an “easy listening” song, sometimes I’ll be able to like those sporadic notes more than others because I have some sort of image in my mind to contain it, and make it make more sense,” the artist told MTV. “Other times, I’ll be liking a song and then a random, horrible color will come in, and I’ll just be turned off. It just depends!”

Synesthesia is a mysterious condition that manifests itself in various ways. In the past, we’ve written about James Wannerton, a man who claims he can taste sounds, and about Joel Salinas, a young doctor who says the condition allows him to feel patients’ physical pain.