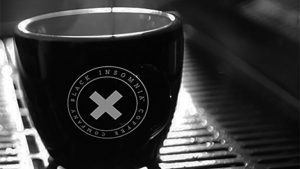 The International Food Information Council recommends a daily caffeine intake of 300 mg, while the FDA recommends 400 mg, but just one 12-ounce cup of Black Insomnia brew contains 702 mg of caffeine, which will definitely keep you up at night and may even cause some health problems.

Black Insomnia Coffee was founded in 2016 by South African coffee lover Sean Kristafor. From the very beginning, his goal was to create the strongest coffee in the world, and he managed to do it by using the stronger Robusta variety, instead of the more aromatic Arabica. The secret to its high caffeine content is apparently in the way that the coffee beans are roasted, but Kristafor is obviously not interested in revealing the process. He only says that they can make it considerably stronger, and actually had to dial it down a bit for the commercial version, just so it was safe to consume.

Launched in June of last year, Black Insomnia was originally only available in select cafes in Cape Town South Africa, but it was so successful there that by October, the brand had already expanded to 22 countries around the world, and since last month, it’s also available on Amazon US. The company claims it sells five to six tons of its signature Black Insomnia coffee every month, and it is barely keeping up with demand.

“The world’s strongest coffee” is a bold claim to make, so in order to provide clear proof of Black Insomnia’s potency, Sean Kristafor sent samples to a Swiss-based laboratory, where it was tested using liquid chromatography, and compaired against several other known strong coffees. It came out on top, with a caffeine content of 17.5 grams per kilograms. 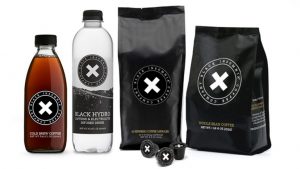 By comparison, Death Wish, the previous holder of the “world’s strongest coffee”, came out at 13.2 grams of caffeine per kilogram during testing, and Wod Fee, a coffee blend with added caffeine, had 13.8 grams per kilogram. One kilogram of Starbucks’ dark roast coffee “only” contained 5 to 6 grams of caffeine. 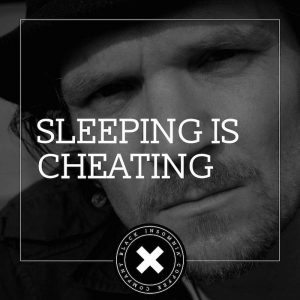 But these are all just numbers. How strong is Black Insomnia really? Well, strong enough to be put on the list of “Most Dangerous Caffeinated Products” featured on Caffeine Informer, and enough to cause palpitations in people with arrhythmias or those with a low caffeine tolerance. High doses of caffeine are also known to cause jitters, nervousness and insomnia.

Switching to a stronger coffee also increases your body’s tolerance to caffeine, as  Dr. Sharonne N. Hayes, M.D., cardiologist at Mayo Clinic and professor of cardiovascular diseases, told TODAY.com. “You will gain a higher caffeine tolerance because of the vasoconstriction,” so the coffee you used to drink won’t feel as effective in keeping you alert as before. 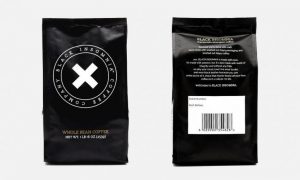 Black Insomnia may be the new world’s strongest coffee – a claim still disputed by Death Wish – but that only applies to coffee you can brew in your own home. If you’re looking for the world’s strongest cup of coffee, just head over to Viscous Coffee cafe, in Adelaide, Australia, for some “Asskicker”. One cup of this ridiculously-strong coffee contains five grams of caffeine, 80 times more than a normal cup of java.