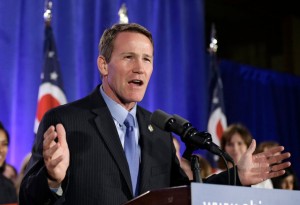 Bernie Sanders has filed a federal lawsuit against against Ohio Secretary of State Jon A. Husted for an “unconstitutional attempt to block young voters”, specifically minorities, from participating in the primary process.  The suit addresses those will are eligible to register to vote in the November general election but cannot yet participate in the primary.  Only 22 states currently allow 17-year-olds to participate in primaries if they will be eligible to vote in that primary’s general election when they are 18 years old.

This is not a suit Sanders can win.

Nothing in the Constitution, specifically the 26th amendment, guarantees a right for those 17-year-olds to participate in a primary or caucus who will be eligible by the time of the general election.  It simply guarantees them the right to vote by the time they are 18 years of age.

Primaries and caucuses are not “elections” for the purposes of the Constitution.  They are actually private party events used to select their nominees.  Parties are free to change their nominee selection process at any time, and they often do.

Some contend that Sanders knows his chances of success are slim to none and that he is simply pandering to the minority vote for which he has clearly been struggling, though his success in Michigan seems to indicate he actually doing well with this particularly minority demographic.