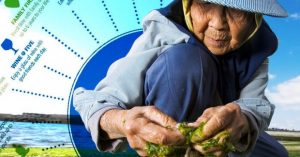 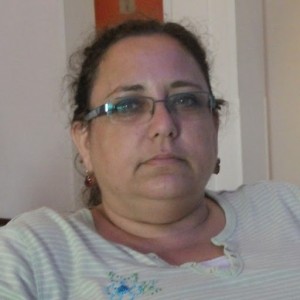 We all inhabit this beautiful blue planet, breathe the same air, eat food grown on our world’s surface and drink fresh water sourced from the Earth, yet some people are a whole lot healthier than others, and in fact, live decades longer.

These are people who live in what has become known as ‘Blue Zones’ across the globe and we can learn a lot from their way of life. These zones describe the characteristic lifestyles and the environments of the world’s longest-lived people and, remarkably, the average person’s life expectancy could increase by 10-12 years by adopting a Blue Zones lifestyle.

The concept of blue zones grew out of the demographic work of Gianni Pes and Michael Poulain, who identified Sardinia’s Nuoro province as the region with the highest concentration of male centenarians in the world. Dan Buettner studied and then expanded on this research, identifying five geographic areas where people live, statistically, the longest. The areas are sprinkled across the planet and include villages in Greece, Costa Rica, Italy, Japan, and California.

Author of Blue Zones, Lessons for Living Longer from the People Who’ve Lived the Longest, Dan Buettner offers an explanation, based on empirical data and firsthand observations, as to why these populations live healthier and longer lives. He and his team joined up with National Geographic to find the world’s longest-lived people and study them. They worked with a team of demographers to find pockets of people around the world with the highest life expectancy, or with the highest proportions of people who reach age 100. 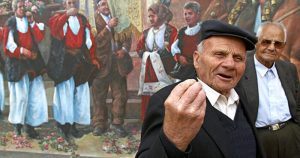 Sardinia has the world’s highest concentration of male centenarians.

The result was five places that met their criteria:

Following their discoveries, they assembled a team of medical researchers, anthropologists, demographers, and epidemiologists to search for evidence-based common denominators amongst these five places, to work out what was creating a long life.

People who live in the ‘Blue Zones’ live in different parts of the world, but their lifestyles have nine key things in common. Try these tips for living a longer, healthier, happier life:

Movement is part of their daily life and rituals. They live in environments that nudge them into moving without thinking. For instance, they grow gardens and don’t have mechanical conveniences, but instead use their own labour to make things happen.

Sardinian men, for example, raise farm animals, often live on steep slopes and walk long distances each day to work. Moving comes naturally and is something they are doing constantly.

Whether you are gardening, walking or cooking, or doing other chores, natural movement will help improve your health. 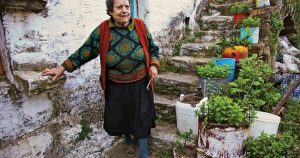 Exercise is built into their daily lives through gardening, walking, and cooking.

People in Blue Zones tend to have a strong sense of their life purpose, known as ‘ikigai’ in Okinawa or ‘plan de vida’ in Nicoya, which loosely translates to ‘why I wake up in the morning.’

Knowing your sense of purpose is worth up to seven years of extra life expectancy. – Dan Buettner

Stress is a major cause of disease and unhappiness in the world today. It leads to chronic inflammation, associated with every major age-related disease. Stress is a part of daily life and even people living in the Blue Zones experience stress, but it’s how they manage it that makes all the difference. The world’s longest-lived people have routines for shedding stress. Okinawans take a few moments each day to remember their ancestors, Adventists pray, Ikarians take a nap and Sardinians do happy hour, says Dan Buettner.

Restricting calorie intake and intermittent fasting are common practices in the Blue Zones. The Okinawan recite a 2,500-year old Confucian mantra, ‘Hara hachi bu’, before meals. This reminds them to stop eating when their stomachs are 80% full, helping to prevent weight gain and risk of disease.

The 20% gap between not being hungry and feeling full could be the difference between losing weight or gaining it. People in the Blue Zones eat their smallest meal in the late afternoon or early evening and then they don’t eat any more the rest of the day. – Dan Buettner

Icarians, typically Greek Orthodox Christians, practice fasting for religious holidays at different times throughout the year. Fasting has been shown to reduce your risk of chronic disease, including blood pressure and cholesterol. 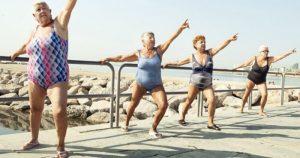 Knowing your sense of purpose is worth up to seven years of extra life expectancy.

According to their research, meat is only eaten–at most–five times a month in the Blue Zones. The cornerstone of the diets of long-lived people is plants and beans, that make up around 95% of their eating habits. Soy, lentils, black beans and other legumes and plants, make up a healthy and nourishing diet, and meal portions are a lot smaller than Western serving sizes. A plant-based diet is not only good for your health but is also good for the planet too.

All of the Blue Zones areas, except the Adventists, drank moderately, and a glass of wine with food and friends daily seemed to elongate life. But the trick is the social connection and moderate drinking, not twelve drinks in one night.

Faith plays a big part in the lives of people living in the Blue Zones. This sense of belonging provides you with social support and can help to alleviate depression and loneliness.

All but five of the 263 centenarians we interviewed belonged to some faith-based community. Denomination doesn’t seem to matter. Research shows that attending faith-based services four times per month will add 4-14 years of life expectancy. – Dan Buettner

In the Blue Zones, families are kept close. This includes the aged parents and family members, who remain in the home with other family members, or live nearby. Studies show that having grandparents and parents nearby lowers the disease and mortality rates of children in the home too. They commit to a life partner and invest lots of time and loving energy into their children. 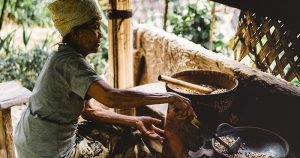 We all know the benefits of finding your tribe. But even more so, being with a tribe that promotes life-affirming, healthful behaviours is even more vital.

The world’s longest lived people chose–or were born into–social circles that supported healthy behaviors, Okinawans created ‘moais’–groups of five friends that committed to each other for life. Research from the Framingham Studies shows that smoking, obesity, happiness, and even loneliness are contagious. So the social networks of long-lived people have favorably shaped their health behaviors. – Dan Buettner

Other life-affirming habits of Blue Zones people include a lack of time urgency, eating lots of whole grains, having a healthy social circle and a strong community which is culturally isolated.

By rethinking our homes, yards, circles of friends and daily lives, we can maximise our health and happiness. Simple changes can go a long way to ensuring a life full of vitality and happiness. You can revolutionise your health by eating better and making a few small changes in your kitchen will have a great effect on your health.

Simple hacks, such as using smaller dinner plates, filling the top two shelves of your fridge with fresh produce, and keeping junk food out of sight in a junk food drawer, go a long way to changing eating habits. ‘Deconveniencing’ your home, and creating a garden will burn more calories, along with adding greater physical activity to your life. Our friends rub off on us, so making sure your friends are a positive influence is another good first step.

We have much to learn from cultures that live in more direct contact with the land and nature. In today’s world of conveniences, machinery, cars, and cities, we must get back to a slower, simpler and more wholesome way of life if we are to live a fulfilling and purposeful existence. Learning from our wise Blue Zones neighbours and adapting their lifestyle habits to our own can make the world of difference.