Surveying the many written sources for Byzantine history. 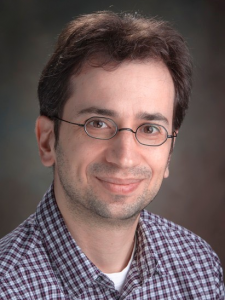 The role of historiography in Byzantium

In Byzantium, historiography (the writing of history) was mainly a pastime for highly educated civil servants, some active in administration, the law-courts and the imperial court, and some retired (sometimes as monks). Such individuals were normally aware of their place in a larger arc of historical writing from Herodotus (5th century BCE) to their own time and were frequently in dialogue with colleagues, who had generated competing contemporary accounts. 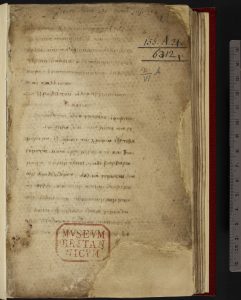 Historians thought their trade should involve, in the words of Michael Attaleiates (c. 1022–1080), ‘simple and concise terms, as befits those who compose histories, given that the narrative is not part of a competition and so does not require a specialized rhetorical technique.’ This was essential when one sought to ‘convey clear instruction,’ objectively relating the actions of historical agents in an attempt to ‘prevent noteworthy matters from slipping into the depths of oblivion through the passage of time, and to grant them immortal remembrance.’ Despite such avowed dedication to clear language, many Byzantine historians succumbed to the siren call of ornate and rhetorically forced writing. 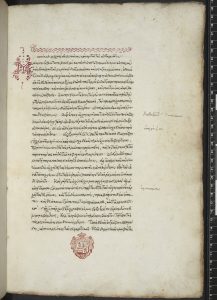 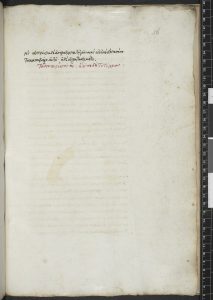 On most occasions Byzantine historians recounted past events that lay at least a few years, or whole generations, even centuries before their time. Critiques of long-dead people resonated in a society of ancient aristocratic lineages. Engagement with the broad cultural, political and religious questions of a bygone age was never innocuous in a polity that valued continuity and tradition. Still, Byzantine historiography was rarely harnessed to specific imperial agendas and the diktats of the palace, and we have little by way of imperially-mandated history writing. This is not to say that there were no family agendas, personal strategies, regional interests, religious initiatives or local biases to pursue. Historians engaged with each and every one of these categories of problems even as they addressed one another.

In years past scholarly readings of Byzantine historiography distinguished between histories and chronicles. The first were purportedly organised with concern for cause and historical effect at their core, while the latter supposedly espoused narratives organised on a chronology that started with Genesis and pointed towards Revelation. This reading of Byzantine historians and chroniclers is no longer with us, as we now recognise that authors felt content to mix and match their methodologies and narrative strategies.

Thus Theophanes the Confessor’s 9th-century Chronicle, which proved deeply influential among historians in the coming centuries, covers the period from the 3rd–early 9th century and remains true to an annalistic tradition that wants events organised in sequential chronological fashion. That said, his work also seeks to assign blame, thus in effect tracing cause and effect in the discussion of history. The Chronicle therefore addressed a range of questions regarding imperial policy, the Church, and the controversy over the icons which we have come to perceive as a crucial event in Byzantine history.

For roughly 200 years after Theophanes, historians chose to remain at least a few steps behind the political developments of their day. To justify the Macedonian dynasty’s bloodstained rise to power in the mid-9th century, the 10th-century works of Genesios and Emperor Constantine VII Porphyrogenitus heroised Basil I (r. 867–86), the dynasty’s founder, and disparaged his predecessors. The Chronicle of their contemporary Symeon Logothetes, on the other hand, makes use of sources and a narrative technique better suited to a critique of that very same dynasty, thus presenting an alternative, somewhat less pro-Macedonian version of events. Symeon, then, appears to have used history to position himself discreetly within the political landscape of his own time.

After Symeon, Leo the Deacon (b. c. 950) reproduced personal observations and perspectives from family chronicles as well as an ‘official panegyric’ of the emperor Ioannes I Tzimiskes (r. 969–76). His History mostly focuses on the feats and reign of the warrior emperor and quasi-usurper Nikephoros II Phokas (r. 963–69). Leo’s account extolls military virtue and grants the empire’s ruling class and the reigning emperor Basil II (r. 976-1025), who is by no means eulogised, a cast in which to mould their actions.

A century later, by the second half of the 11th century, political developments and historical narration had become increasingly synchronous. Biographical pamphlets or histories (that no longer survive) extolling the actions of famous military commanders such as George Maniakes and Katakalon Kekaumenos were supplemented by at least two politically-inflected accounts of contemporary affairs. Michael Psellos (1018–70) and Michael Attaleiates were historians who directly engaged in lively contemporary debates on policy, politics, and personalities. Such debates may be traced in their works where discussions of Emperor Romanos IV (r. 1068–71), his rise and demise, became part of the blame-game that followed the catastrophic defeat of the imperial army to the Seljuk Turks at Manzikert in 1071.

The regime of the Komnenoi that took power at the end of the 11th century engendered debates of its own. Nikephoros Bryennios’ Materials for History casts the internecine strife that brought the Komnenoi to power as a tale of virtuous clashing heroes, while his wife, the princess Anna Komnena, picked up where he stopped and produced a narrative driven by the actions of Alexios (r. 1081–1118), his aristocratic allies, and the insolent yet brave Crusaders. Anna’s Alexiad, the first history ever written by a woman, is an epic tale of individual virtue, but there were discordant voices that challenged her story. Ioannes Zonaras’ Epitome of Histories(see below) addresses a shift in the nature of the polity that he dates to the reign of Alexios. For Zonaras, the Komnenoi were self-interested magnates who devoured the state by appropriating what was public. In his republican reading of history, a proper emperor is but an instrument of the republic: not so with Zonaras’ Alexios. 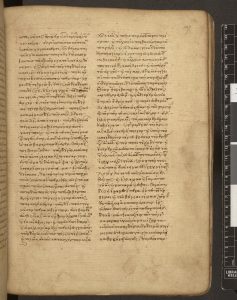 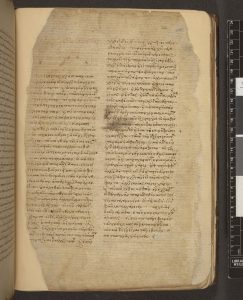 A critique of social order

While Zonaras decried the demise of the Byzantine Republic, Constantine Manasses’ verse survey of Roman and world history (see below) used the distant past to score current points. By casting Augustus (r. 30 BCE–14 CE), the forerunner of the Byzantine emperors, as a lustful man whose wild passions had to be restrained by a philosopher, Manasses no doubt touched a chord in a Komnenian court riven by the unchecked passions of its larger-than-life members.

Such passions were given a positive spin by the fawning John Kinnamos (before 1143–after 1185) and later became the subject of sustained treatment by Niketas Choniates (c.1155–1217), who immortalised in his work the human drama that brought the empire to its knees at the hands of the Crusaders in 1204. 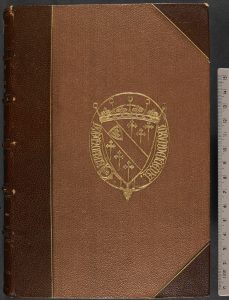 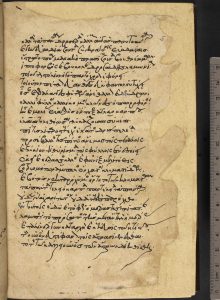 A manuscript of the verse chronicle of Constantine Manasses, completed in 1312 or 1313 (Arundel MS 523) / British Library

By narrating imperial decline over the multiple reigns of complex and by no means alwaysincompetent rulers, Choniates expresses his personal political critique of the social order and the individual agents that brought ruin upon his world with the arrival of the Fourth Crusade. His is the most sustained Byzantine analysis of imperial decline.

After the sack of Constantinople in 1204, as historians engaged with foreign conquest and occupation and with the dashed expectations for imperial revival, they often approached contemporary events through the prism of a not-so-distant past. Like their predecessors, late Byzantine historians kept their distance from contemporary events, usually remaining in their accounts a step behind the most recent political developments. Despite that distance, their craft was deployed in eminently political ways. On occasion, as in the case of the retired emperor John Kantakouzenos (1347–1354), history took the form of a personal political apologia. 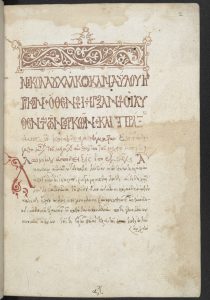 In other instances, however, as in the case of Laonikos Chalkokondyles (c. 1423–c. 1490), with whom the life of the Byzantine Empire effectively comes to an end in the 15th century, we see earlier methods reappear. Here the Byzantine perspective is abandoned for a Herodotean ethnographic sensibility that better relates the reality of a world riven by international rivalries that are much larger than the reality of the shrinking and soon-to-be extinct Byzantium. We come to the end with a return to the roots, an apposite development for the historiography of the medieval Byzantines, who with the collapse of their empire, now find themselves on the long path to Greek identity.