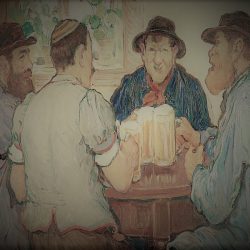 While the history of alcohol and humanity go far back in time, it’s accepted as fact within anthropology that beer came before all other alcohols. Beer jugs have been found dating back at least 10,000 years BC, whereas other alcohols, like wine, began appearing in Egyptian pictographs around 4,000 BC. How has beer served not[…] 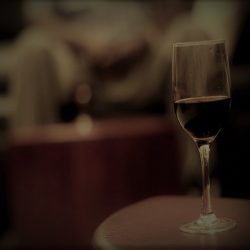 Wine tasting, by definition, is an event where a group of people gathers to taste and compare samples of wine. Though this can be very enjoyable, many people are not clear of what they are expected to do or not to do, when arriving at a tasting event. COVID-19 has affected wineries in hosting such[…] 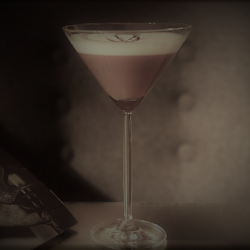 We’re in a new age for coffee and a new age for cocktails. By Rachel Forrest I drank my share of Cosmopolitans back in the day. Vodka, cranberry juice, Cointreau, lime, twist of lemon peel– it was the stuff Fern bars were made of back in the ’70s. The ’90s brought us the ladies of[…] 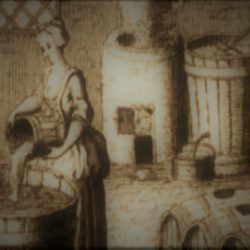 Women’s involvement in brewing beer has been documented back to four-thousand years ago in Mesopotamia. If you look at the brewing business today, the majority of micro and macro breweries are owned and run by men. Did you know in the eighteenth century, a good portion of brewers in America were women? Did you also[…] 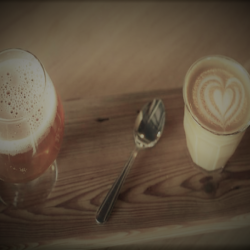 Here are ten places representing the best that Austin has to offer when it comes to both coffee and beer on the menu. By Arianna Auber Two of Austin’s favorite beverages — coffee and beer — are practically essential in this on-the-go town. Coffee gives us the boost we need during the day, while beer helps[…] 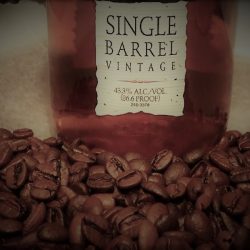 “I wonder what it would take to do a whisky-infused coffee?” By Steve Grunwell I recently started roasting my own coffee at home. I decided to use my lunch break yesterday to roast up a fresh batch for the weekend, but as soon as I was done cleaning up the wheels in my head started[…] 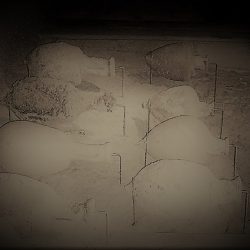 The works of Roman writers have provided insight into the role played by wine in Roman culture. Curated/Reviewed by Matthew A. McIntoshPublic HistorianBrewminate Introduction Ancient Rome played a pivotal role in the history of wine. The earliest influences on the viticulture of the Italian peninsula can be traced to ancient Greeks and the Etruscans. The rise of the Roman Empire saw both technological advances in and burgeoning awareness[…] 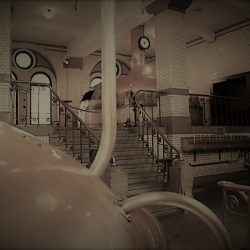 Developing a cohesive team is one of the secrets to brewery efficiency. The traditional brewery has grown into a highly competitive commercial business, and craft breweries’ reputations continue to grow as they draw more customers and visitors every year. With the craft beer industry booming, the time is right to launch your venture. However, how should you[…] 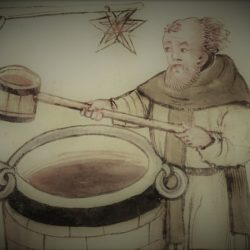 Making ales using only medieval techniques and equipment. By Dr. Paul W. PlacewayAlumnus, Language Technologies InstituteCarnegie Mellon University Introduction In medieval England, ale was an alcoholic drink made from grain, water, and fermented with yeast. The difference between medieval ale and beer was that beer also used hops as an ingredient. Virtually everyone drank ale. It provided significant nutrition[…] 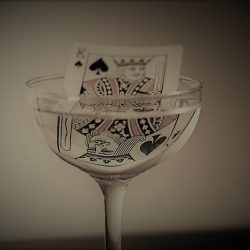 The luxurious land-based casino venues now have the best-themed bars in the world. Enjoy your favorite cocktail and anticipate the outcome of your bet at the casino table. The practice of drinking and gambling has long been the folly of the rich. It is only justifiable when you pay the top dollar; you get the[…] 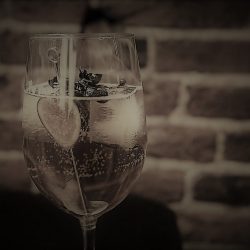 Joining a casino party or a regular online casino in European countries involves serving a series of drinks that would make the party a hit. To be able to enjoy cocktails at a party or while gambling, one must be enthusiastic and willing to try something new and exciting. Cocktails offer the glitz of a[…] 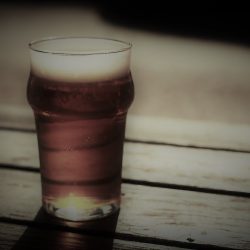 Drinking and gambling have gone hand in hand for ages. All the punters who gamble purely out of thrill will agree that one is incomplete without the other. Beer aficionados will tell you that moderate beer drinking helps you loosen up your senses and enjoy your activity more.  But, it is very much advisable to[…] 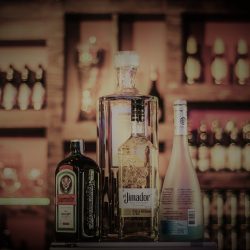 Having a group of friends or family will call for some celebrations. There are different amazing events to celebrate with the loved one. When these events occur, it is superb to see how to entertain your guests. One cherished way is by providing some drinks to the intended guests. In this case, having alcoholic drinks[…] 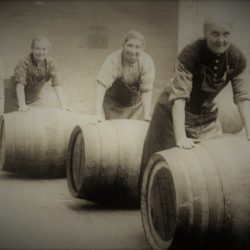 After the development of craft beer in the early 1980s, more women started to once again infiltrate the industry. Birth of the Fermented Beverage The earliest record of beer being produced comes from Mesopotamia around 5300 BCE, by accident, when a woman whom was later known as Ninkasi, the “goddess of beer” stumbled upon the[…] 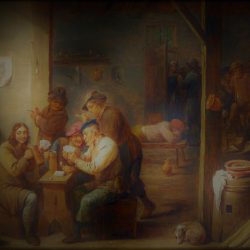 The history of ice in drinks goes back to antiquity but only really got going when a Bostonian started exporting ice to colonial India. Introduction If ever there was a year to toast drawing to an end, it’s 2020. Over the festive period, people around the world will be raising a glass to better times[…] 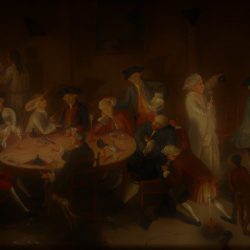 The ability to access new luxury goods was a sign of status. There are many indulgent foods that are synonymous with Christmas today, but two of the key ones must surely be chocolate and alcohol.  True, the turkey and its trimmings are Christmas classics, but it’s those festive extras – the champagne at breakfast, and[…] 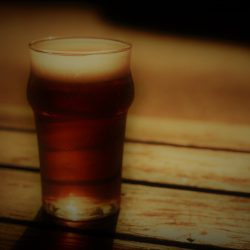 Many of us love a tipple. Alcohol lowers our inhibitions and gives us a false sense of confidence. For social situations, these are great effects. However, alcohol hasn’t always been exclusively a vehicle for getting us trolleyed. It’s been important for our very survival as a species. Yet, people throughout history have certainly enjoyed, and[…] 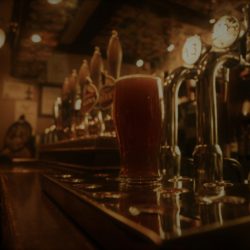 Setting up a bar sink is essential for an efficient working station. Otherwise, you will have to take up the bar mats, glasses, and other washable accessories to the kitchen sink. This would not seem like such a task to you for the first time around. But if you are a working owner of a[…] 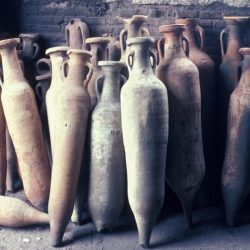 Ancient amphorae / Southampton University, Creative Commons It has been proposed that different drinking norms developed in northern and southern Europe during antiquity and that these patterns are still found today in the cultures overlying these areas. By Dr. Ruth C. Engs Professor Emeriti in Applied Health Science Indiana University Bloomington Abstract It has been proposed that[…] 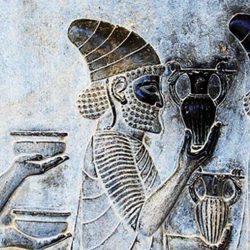 Detail of a relief of the eastern stairs of the Apadana at Persepolis (Takht-e Jamshid), Iran / Photo by Phillip Maiwald, Wikimedia Commons No one knows exactly when alcohol first entered the human diet—chances are it was a serendipitous prehistoric stumble on fermented fruit—but clearly we took to it like ducks to water. By Rebecca Rupp[…] 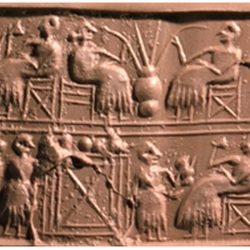 Impression of a Sumerian cylinder seal from the Early Dynastic IIIa period (ca. 2600 BC). Persons drinking beer are depicted in the upper row. / Cuneiform Digital Library Journal The discovery marks the earliest-known evidence of beer production among ancient peoples. By Brigt Katz / 09.14.2018 Since it was first discovered in 1956, Raqefet Cave, an[…] 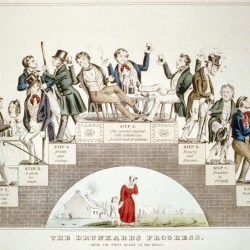 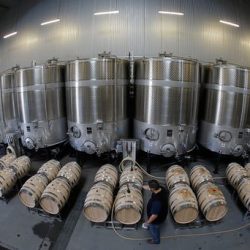 A cellar worker steams American oak wine barrels before their use at Silver Oak Cellars in Oakville, Calif. AP Photo/Eric Risberg Wine came to the US in the 16th century but didn’t make it to California – the leader in American winemaking – until the 19th century. By Dr. Liz Thach / 05.25.2018 Professor of Management and Wine[…] 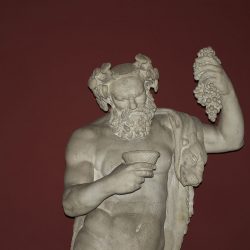 Caravaggio’s 1595 masterpiece Bacchus. Wikimedia Commons Wine, more than other beverage, is intimately connected to celebration and worship. By Dr. Robert Fuller / 12.23.2014 Professor of Philosophy and Religious Studies Bradley University In a letter to the Abbe Morellet in 1779, Benjamin Franklin mused that the strategic location of the elbow is proof that God desires us[…] 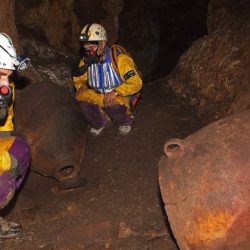 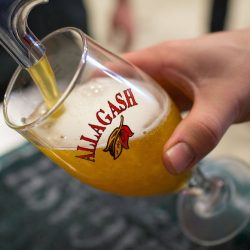 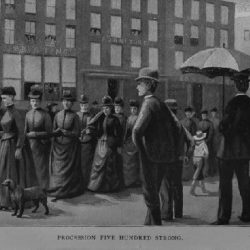 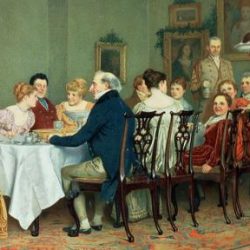 Enamelled Jacobite portrait glass. / Ashmolean Museum, University of Oxford Our Georgian and Victorian ancestors probably celebrated Christmas with more modest wine consumption than we do today – if the size of their wine glasses are anything to go by. Researchers at the University of Cambridge have found that the capacity of wine glasses has increased[…] 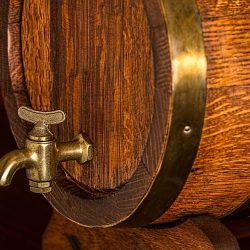 Photo by stevepb, Pixabay, Creative Commons By Megan Ray Nichols / 12.14.2017 Mention the word keg, and there’s only one drink that comes to most people’s minds — beer. The keg is beer’s natural habitat, and craft beer aficionados will attest that kegs are the most consistent source of fresh beer on draft, which has[…] 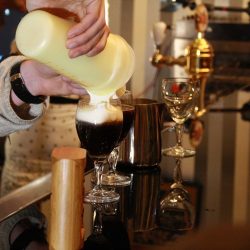 Making Irish coffee / Photo by Frettie, Wikimedia Commons The cavemen were drunk and revolutionaries were caffeinated. By Chelsea Follett / 03.01.2017 CATO Institute No two drugs have defined human civilization the way alcohol and caffeine have. Nature created both to kill creatures much smaller than us — plants evolved caffeine to poison insect predators, and yeasts[…]