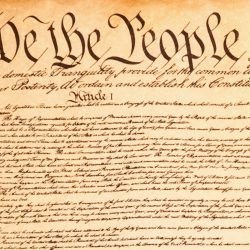 Although the original purpose of the convention was to amend the Articles of Confederation, some—though not all—delegates moved quickly to create a new framework for a more powerful national government. By Dr. P. Scott Corbett, et.al. Professor of History Ventura College Introduction The economic problems that plagued the thirteen states of the Confederation set the[…] 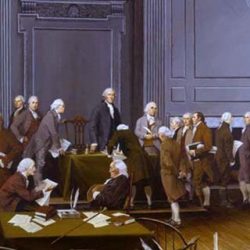 The Signing of the United States Constitution, by Louis S. Glanzman, 1987 / National Historical Park, Pennsylvania, Public Domain The delegates who met in Philadelphia in 1787 did not agree on the best way to reform the government.    By Dr. Nancy A. Hewitt and Dr. Steven F. Lawson Hewitt: Emeritus Professor of History and[…] 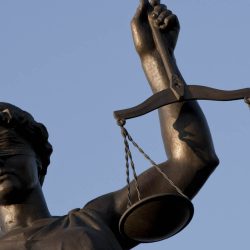 Photo by Mark Treble, Flickr / Creative Commons By Dana Milbank / 12.27.2016 Washington Post Columnist Trump lieutenant Newt Gingrich has proposed an elegant solution for all the conflicts of interest swirling around the president-elect and his team of billionaires: Ignore the law. President-elect Donald Trump, Gingrich said, should let those in his administration do[…] 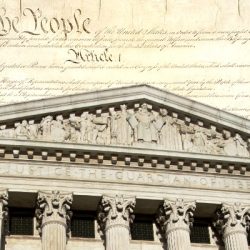 By Ray Raphael / 10.31.2016 Historian, America’s Founding Two weeks ago, Senator John McCain announced that he would oppose “any Supreme Court nominee that Hillary Clinton, if she were president, would put up.” Should Democrats win the presidency but not the Senate, other Republican senators will be under intense pressure from their base to follow[…]