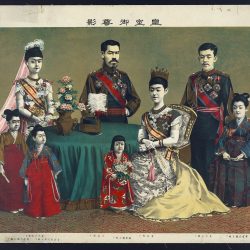 Japanese imperial family / Wikimedia Commons The collapse of aristocratic rule ushered in a new age of chaos — appropriately called the Warring States period (c.1400-1600) — in which military might dictated who governed and who followed. Edited by Matthew A. McIntosh / 09.23.2018 Historian Brewminate Editor-in-Chief Introduction While most samurai warriors were men, some[…] 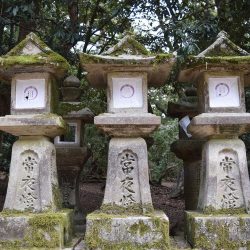 The Shinto shrine of Fujisan Hongu Sengen Taisha, Mount Fuji. The site’s most important shrine, it was first constructed in 806 CE, although by tradition, it was originally founded during the reign of Emperor Suinin (29 BCE – 70 CE) at another location at the foot of the mountain. The shrine’s current building, with its[…] 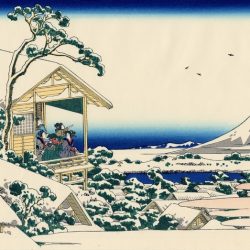 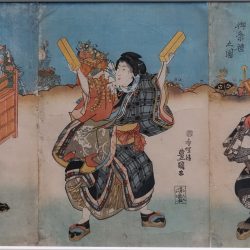 Floats for the Kanda Festival, 1843 / Photo by Daderot, Edo-Tokyo Museum, Wikimedia Commons Looking at Japan’s growth and change from the Early Modern to Modern worlds. Edited by Matthew A. McIntosh / 08.17.2018 Historian Brewminate Editor-in-Chief The Edo Period The Edo period (1603-1868), when Japanese society was under the rule of the Tokugawa shogunate,[…] 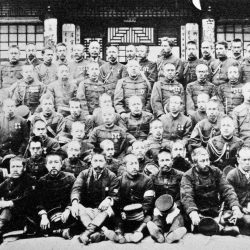 Japanese soldiers of the Sino-Japanese War. Wikimedia Commons As Japanese imperialism rose and fell, its leaders interpreted and re-interpreted a single distinctive concept: “bushido”. By Dr. Oleg Benesch / 12.22.2017 Senior Lecturer in East Asian History University of York In a warning to China on the eve of his first trip to Asia in November 2017, the US president, Donald Trump, called[…] 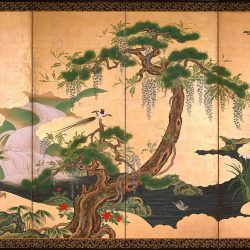 Birds and Flowers of Spring and Summer, by Kano Eino / Suntory Museum of Art, via Wikimedia Commons By Dr. Brian W. Platt Associate Professor of History George Mason University Soon after overthrowing the Tokugawa government in 1868, the new Meiji leaders set out ambitiously to build a modern nation-state. Among the earliest and most radical[…] 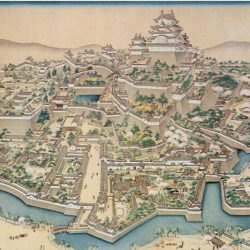 Old painting of Himeji castle / Wikimedia Commons Edited by Matthew A. McIntosh / 04.07.2018 Historian Brewminate Editor-in-Chief 1 – Prehistoric Japan 1.1 – Ceramics in the Jomon Period Pottery from the prehistoric Jōmon period in Japan is thought by many scholars to be the oldest ever discovered. 1.1.1 – Overview Prehistoric art of Japan[…]