Birds and Flowers of Spring and Summer, by Kano Eino / Suntory Museum of Art, via Wikimedia Commons 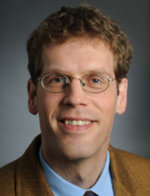 Soon after overthrowing the Tokugawa government in 1868, the new Meiji leaders set out ambitiously to build a modern nation-state. Among the earliest and most radical of the Meiji reforms was a plan for a centralized, compulsory educational system, modeled after those in Europe and America. Envisioning a future in which “there shall be no community with an unschooled family, and no family with an unschooled person,” Meiji leaders hoped that schools would curb mounting social disorder and mobilize the Japanese people against the threat of encroaching Western imperialism.

The purpose of this module is to use the example of Japan to illustrate some key themes in the story of the rise of modern education: the connection between modern educational systems and the formation of the nation-state; the impact of European imperialism upon the spread of those systems; the increasingly inseparable association of “education” with “schooling”; and the accompanying impact of modern schooling upon the culture and social experience of childhood.

The Meiji government’s decision to create a centralized school system can be seen in the context of two broad transformations in the concept and practice of education that have occurred worldwide in the last 400 years. The first is the widespread proliferation of educational institutions for commoners. This transformation occurred first in Western Europe and North America during the 17th and 18th centuries, when clergy and local elites, convinced that a limited education for local masses would have a positive effect upon the moral climate and the level of religious devotion in their communities, established schools for local children. Meanwhile, the expansion of the written word into the social and economic lives of ordinary people enabled them to conceive of the potential value of such schools.

This convergence of factors established the context for an unprecedented expansion in both school attendance and popular literacy. In England, France, New England, and parts of Germany and Italy, more than half of the male population, and over a quarter of the female population, had received some form of schooling and achieved at least a modest level of literacy by the end of the 18th century. 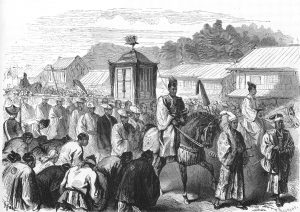 At that time, Japan was just beginning to undergo a similar transformation. However, a rapid increase in the number of schools enabled Japan to achieve comparable rates of school attendance and literacy by the time of the Meiji Restoration in 1868.

While these changes were taking place in Japan during the early 19th century, a second transformation in education was underway in Europe and America. What defined this transformation was not a fundamental change in the number of schools or the patterns of attendance and literacy, but one in the organization and control of educational institutions. What we see, for the first time in history, is the systematic intervention of the state in the education of ordinary children.

Two key factors set the stage for this phenomenon. The first was the rise of industrial capitalism. Industrialization may or may not have stimulated a demand for education among the general population; however, what is clear is that the demographic shifts and social dislocations associated with industrialization begat new anxieties among elites about popular unrest.

Old fears about the danger of over-educated commoners gave way to the even more threatening specter of uneducated urban masses who lay outside the influence and regulation of social elites. Such concerns generated new ideas about how to prevent unrest through techniques of social management. Schooling came to be conceived as one of these techniques. Social elites, intellectuals, reformers, and government officials realized that the school could be used as a vehicle through which to properly socialize the lower classes—namely, to teach them discipline, frugality, and other values conducive to their new role in an industrializing society.

Another major development that formed the context for the intervention of governments in education was the emergence of the nation-state. This new political formation was premised on the active involvement of the entire population in the life of the nation. Governments at this time sought to integrate people into the institutions of the state, mobilize them for various kinds of service to the nation, and inculcate in them a personal identification with the nation. It was soon recognized that schools could facilitate these efforts.

Just as schools could prepare people for their new economic roles in an industrialized society, they could prepare people for their new political roles as participants in the nation-state. Schooling was therefore a task too important to be left uncoordinated. Nor could the responsibility for schooling be relegated any longer to local elites or the Church, who themselves constituted a threat to the power of the central government.

Thus the rationale of the nation-state required that governments assume an educative role, instructing people—particularly children—in values and habits conducive to building the strength of the newly-conceived national community. Childhood therefore became a window of opportunity during which the state could shape its citizenry and thereby strengthen the nation in an era of international competition.

By the mid-18th century, then, schooling in Western societies was closely bound up with industrial development and the emergence of a new kind of polity that relied upon the integration and mobilization of the masses. This was not lost on those Japanese who had opportunity to investigate conditions in the West. They had already discerned that the power of Western nations derived precisely from their industrial might and their ability to tap into the collective energies of their respective populations.

In the years following the Restoration, Meiji leaders also determined that widespread, centralized schooling would be essential if Japan were to harness these new forms of power for herself. Very early in Japan’s state-building project, Japan’s leaders hitched educational reform to the goals of strengthening the nation and protecting its independence; this much was agreed upon, even though officials diverged widely on many key aspects of educational policy. Much was riding on the creation of a new educational system, and as such, it became the nation’s “urgent business” (kyūmu)—one of a number of terms that would be repeated endlessly by local officials during the early years of educational reform.

While the public educational systems in mid-19th century Europe and America represented the cumulative product of several phases of interventions by the state, in Japan the urgency of this task would not allow for such a fitful process. Rather, the creation of a new educational system would be attempted in one sudden, systematic, sweeping intervention.