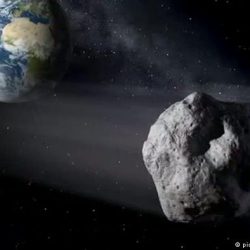 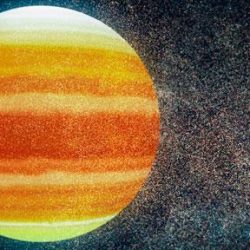 It is theoretically possible that habitable planets exist around pulsars – spinning neutron stars that emit short, quick pulses of radiation. According to new research, such planets must have an enormous atmosphere that converts the deadly x-rays and high energy particles of the pulsar into heat. The results, from astronomers at the University of Cambridge[…] 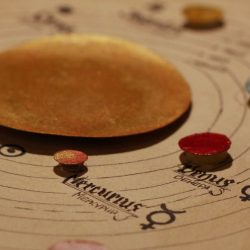 A new approach to dating the birth of our solar system could help find other similar systems. Flickr/Dmitry Boyarin, CC BY Without the sun, there would be no Earth – but amazingly, we don’t know the finer details about the prenatal history of our sun.    By Dr. Maria Lugaro (left) and Dr. Alexander Heger (right) / 08.08.2014[…] 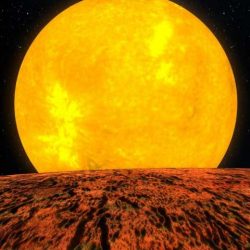 Imagined view from Kepler-10b, a planet that orbits one of the 150,000 stars that the Kepler spacecraft is monitoring. NASA/Kepler Mission/Dana Berry, CC BY When NASA first started planning the Kepler mission, no one knew if the universe held any planets outside our solar system. Thousands of exoplanets later, the search enters a new phase. By Dr. Jason Steffen / 04.09.2018 Assistant Professor of Physics and Astronomy[…] 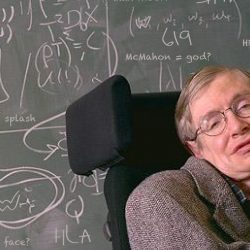 By Dr. Martin Rees / 03.14.2018 Emeritus Professor of Cosmology and Astrophysics University of Cambridge Soon after I enrolled as a graduate student at Cambridge University in 1964, I encountered a fellow student, two years ahead of me in his studies, who was unsteady on his feet and spoke with great difficulty. This was Stephen[…] 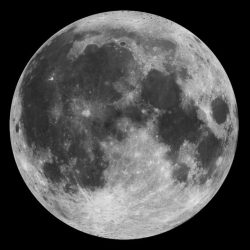 As long as clouds don’t get in the way, the view should be spectacular. NASA Goddard By Dr. Shannon Schmoll / 01.24.2018 Director, Abrams Planetarium Department of Physics and Astronomy Michigan State University During the early hours of Jan. 31, there will be a full moon, a total lunar eclipse, a blue moon and a supermoon[…] 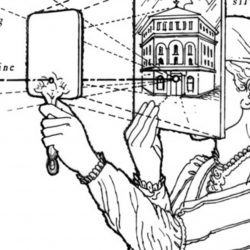 Fig 1 By Dr. Frank Wilczek / 12.11.2015 Herman Feshbach Professor of Physics Massachusetts Institute of Technology Historians of science usually date the origin of the Scientific Revolution as 1543, when Copernicus’ De Revolutionibus first put the Earth in motion. While that is a convenient and defensible choice, it is not the only good candidate. An earlier[…] 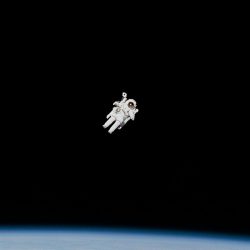 NASA By Paul Gilster / 04.08.2016 The human future in the cosmos could be all but limitless, if we don’t destroy ourselves first. The same would be true of intelligent aliens elsewhere in the Universe, assuming they exist: how far they travel depends strongly on how long they survive as a species. That survival variable,[…] 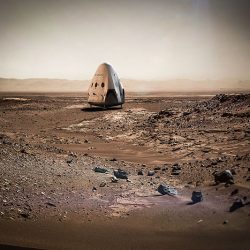 The Biosphere 2 complex is an earth system science research facility near Tucson, AZ. / Photo by Johndedios, Wikimedia Commons Historian Lisa Rand Ruth charts the decades of experiments here on Earth to prepare for a voyage to Mars. By Dr. Lisa Ruth Rand A.W. Mellon Postdoctoral Fellow Institute for Research in the Humanities University of[…] 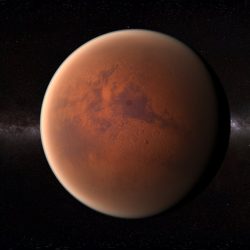 Huge ice sheets discovered on Mars could mean human exploration of the planet is closer than scientists had thought. (Science Photo Library RF/Getty Images) Scientists believe the ice layers and water are the result of accumulated snow. By Alexa Lardieri / 01.12.2018 Large sheets of ice have been discovered just below Mars’ surface, leading scientists to[…] 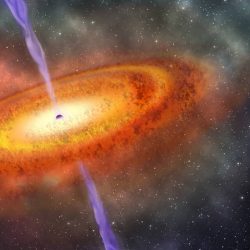 This artist’s concept shows the most distant supermassive black hole ever discovered. It is part of a quasar from just 690 million years after the Big Bang. / Robin Dienel/Carnegie Institution for Science 12.06.2017 Scientists have uncovered a rare relic from the early universe: the farthest known supermassive black hole. This matter-eating beast is 800 million[…] 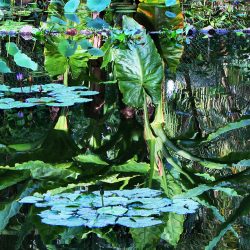 Complex nature. Photo by Alan L/Flickr By Dr. Martin Rees / 12.01.2017 Emeritus Professor of Cosmology and Astrophysics University of Cambridge Albert Einstein said that the ‘most incomprehensible thing about the Universe is that it is comprehensible’. He was right to be astonished. Human brains evolved to be adaptable, but our underlying neural architecture has barely changed since[…] 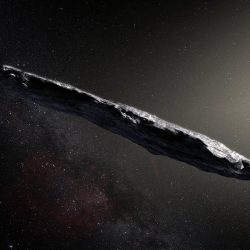 Artist’s concept of interstellar asteroid 1I/2017 U1 (‘Oumuamua) as it passed through the solar system after its discovery in October 2017. The aspect ratio of up to 10:1 is unlike that of any object seen in our own solar system. Credits: European Southern Observatory/M. Kornmesser 11.20.2017 Astronomers recently scrambled to observe an intriguing asteroid that zipped[…] 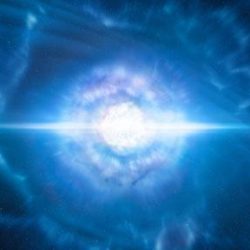 In a galaxy far away, two dead stars begin a final spiral into a massive collision. The resulting explosion unleashes a huge burst of energy, sending ripples across the very fabric of space. In the nuclear cauldron of the collision, atoms are ripped apart to form entirely new elements and scattered outward across the Universe.[…] 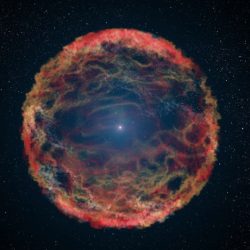 GHOST IN THE SHELL – What looked like an ordinary supernova, shown in this artist’s illustration, might be the result of a single star exploding at least three times, blowing off expanding shells of gas each time. The weirdest supernova ever has lasted more than three years, and may be the third outburst from the[…] 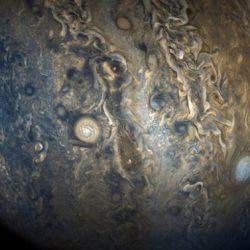 Image from NASA By Azriel ReShel / 11.09.2017 All photos credit NASA/JPL-Caltech/SwRI/MSSS/Gerald Eichstädt/Seán Doran Witness the Beauty of this Great Gas Giant NASA’s Juno probe has sent thrilling images of Jupiter back to Earth, the largest planet in the solar system. The fresh close-up images of Jupiter share unbelievable views of a hidden world. This is[…] 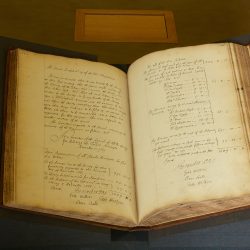 John Wilkins, Bishop of Chester, Portrait by John Greenhill, c.1670 / Wikimedia Commons By Dr. Romeo Vitelli / 10.20.2017 Historian Providentia Whatever you could say about Dr. John Wilkins, he definitely thought big.   Big enough, in fact, to make him a pioneer in space travel, not that he ever got that far. Born in England in[…] 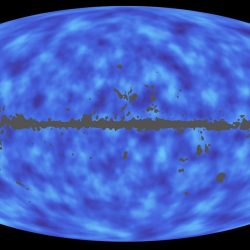 Map of all matter – most of which is invisible dark matter – between Earth and the edge of the observable universe. ESA/NASA/JPL-Caltech, CC BY By Dr. Dan Hooper / 10.25.2017 Associate Scientist in Theoretical Astrophysics, Fermi National Accelerator Laboratory Associate Professor of Astronomy and Astrophysics, University of Chicago The past few decades have ushered in an[…] 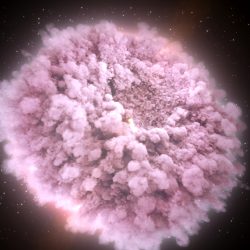 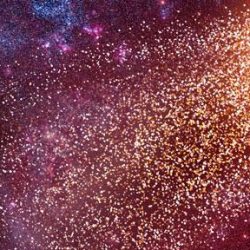 A group of astronomers have shown that the fastest-moving stars in our galaxy – which are travelling so fast that they can escape the Milky Way – are in fact runaways from a much smaller galaxy in orbit around our own. 07.05.2017 The researchers, from the University of Cambridge, used data from the Sloan Digital[…] 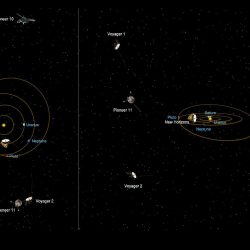 Relative positions of distant spacecraft. / NASA, JPL Caltech By Dr. Michael Strauss / 02.22.2017 Professor of Astrophysical Sciences Princeton University As an astrophysicist, I am always struck by the fact that even the wildest science-fiction stories tend to be distinctly human in character. No matter how exotic the locale or how unusual the scientific[…] 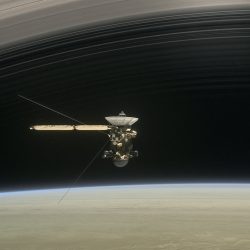 An illustration of Cassini diving between Saturn and the planet’s innermost ring. NASA/JPL-Caltech By Dr. Tanya Hill / 09.04.2017 Honorary Fellow, University of Melbourne Senior Curator, Astronomy Museums Victoria The Cassini space probe mission came to an end this month when the probe made its final destructive plunge in to Saturn. It spent the past thirteen years studying the planet,[…] 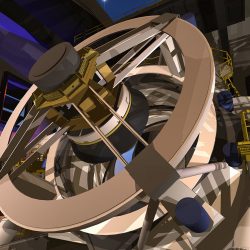 ‘A movie camera to watch the whole universe’; an artist’s conception of the LSST inside its dome / Wikimedia Commons By Dr. Christopher Kochanek / 07.19.2017 Professor of Astronomy Ohio State University For most of human history, the distant ‘celestial sphere’ was regarded as perfect and unchanging. Stars remained in place, planets moved predictably, and[…] 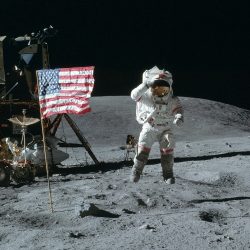 Footage from the Apollo 11 moonwalk that was partially restored in 2009. / NASA 07.20.2017 July 1969. It’s a little over eight years since the flights of Gagarin and Shepard, followed quickly by President Kennedy’s challenge to put a man on the moon before the decade is out. It is only seven months since NASA’s made a[…] 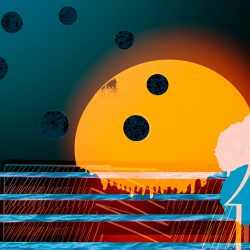 Detail from an impressionistic poster of the TRAPPIST-1 planetary system. / Amanda Smith, IoA    By Dr. Amaury Triaud and Dr. Michaël Gillon / 05.02.2017 Triaud: Kavli Institute Fellow in Exoplanets, University of Cambridge Gillon: FNRS Researcher, University of Liège Written speculation about life beyond the confines of Earth dates back thousands of years, to the time of the Greek philosophers[…] 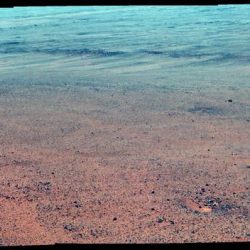 The Pancam on NASA’s Mars Exploration Rover Opportunity took the component images of this enhanced-color scene during the mission’s “walkabout” survey of an area just above the top of “Perseverance Valley,” in preparation for driving down the valley. NASA/JPL-Caltech/Cornell/Arizona State Univ. 06.23.2017 NASA’s senior Mars rover, Opportunity, is examining rocks at the edge of Endeavour Crater[…] 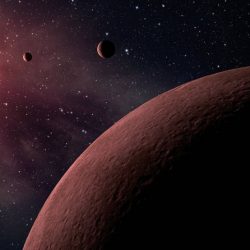 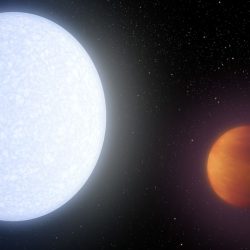 This artist’s concept shows planet KELT-9b orbiting its host star, KELT-9. It is the hottest gas giant planet discovered so far. / NASA, JPL-Caltech A newly discovered Jupiter-like world is so hot, it’s being vaporized by its own star. With a dayside temperature of more than 7,800 degrees Fahrenheit (4,600 Kelvin), KELT-9b is a planet[…] 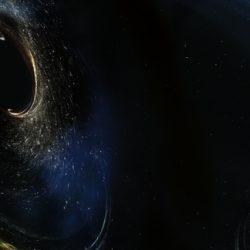 Artist’s conception of two merging black holes, spinning in a nonaligned fashion. LIGO/Caltech/MIT/Sonoma State (Aurore Simonnet) By Dr. Sean McWilliams / 06.01.2017 Assistant Professor of Physics and Astronomy West Virginia State University For the third time in a year and a half, the Advanced Laser Interferometer Gravitational Wave Observatory has detected gravitational waves. Hypothesized by[…] 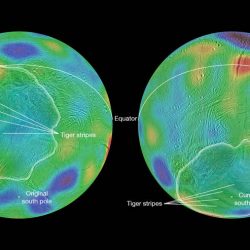 Working with image data from NASA’s Cassini mission, researchers have found evidence that Saturn’s moon Enceladus may have tipped over, reorienting itself so that terrain closer to its original equator was relocated to the poles. This phenomenon is known as true polar wander. / NASA/JPL-Caltech/Space Science Institute/Cornell University 05.30.2017 Saturn’s icy, ocean-bearing moon Enceladus may have[…]