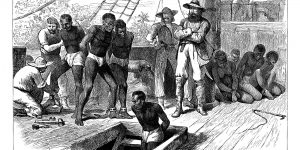 Until recently, the subject of childhood under slavery was almost entirely unstudied. 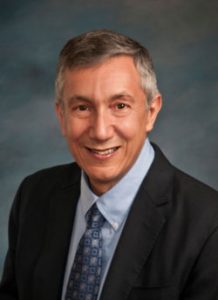 By Dr. Steven Mintz
Professor of History
The University of Texas at Austin

Until recently, the subject of childhood under slavery was almost entirely unstudied. This was true despite the fact that childhood is central to an understanding of slavery. In classical antiquity, abandoned children were a major source of slaves. Although most sub-Saharan Africans forced into slavery were in their teens and 20s, a substantial and growing proportion were children. In the American South in the decades before the Civil War, half of all slaves were under the age of 16.

A focus on children not only underscores slavery’s oppressions, it also reveals the ways that enslaved children and their parents dealt with slavery’s hardships and horrors. It demonstrates that even children were active agents who were able to carve out a space where they could find a degree of autonomy.

The study of slave children has brought many important facts to light. Infant and child mortality rates were twice as high among slave children as among southern white children. A major contributor to the high infant and child death rate was chronic undernourishment. Slaveowners showed surprisingly little concern for slave mothers’ health or diet during pregnancy, providing pregnant women with no extra rations and employing them in intensive field work even in the last week before they gave birth. Not surprisingly, slave mothers suffered high rates of spontaneous abortions, stillbirths, and deaths shortly after birth. Half of all slave infants weighed less than 5.5 pounds at birth, or what we would today consider to be severely underweight.

Growth rates among slave children were extremely slow. Most infants were weaned early, within three or four months of birth, and then fed gruel or porridge made of cornmeal. Around the age of three, they began to eat vegetables soups, potatoes, molasses, grits, hominy, and cornbread. This diet lacked protein, thiamine, niacin, calcium, magnesium, and vitamin D, and as a result, slave children often suffered from night blindness, abdominal swellings, swollen muscles, bowed legs, skin lesions, and convulsions. These apparently stemmed from beriberi, pellagra, tetany, rickets, and kwashiorkor, diseases that are caused by protein and nutritional deficiencies.

About half of all U.S. slave children grew up apart from their father, either because he lived on another plantation, had been sold away, or was white. On large plantations, infants and very young children were supervised and cared for by adults other than their parents. Children as young as two or three might work at domestic chores, including childcare or collecting trash and kindling, toting water, scaring away birds, weeding, or plucking grubs off of plants. Generally, in the U.S. South, children entered field work between the ages of eight and 12.

Slave children received harsh punishments, not dissimilar from those meted out to adults. They might be whipped or even required to swallow worms they failed to pick off of cotton or tobacco plants. During adolescence, a majority of slave youth were sold or hired away.

The study of childhood under slavery has given rise to a series of controversies. One is the extent to which slave children succeeded in “stealing” a childhood. Despite slavery’s hardships and brutalities, many slave children were able to experience something that we would consider a childhood. Children played with home-made toys, including improvised marbles and hobby horses. Even where education was forbidden or strongly discouraged, a surprising proportion—perhaps between five and ten percent—learned how to read and write. Through their activities, games, religion, and relations with kin and other members of the slave community, children were able to make life bearable.

Like children of the Holocaust, they played games that helped them cope with slavery’s oppressions, including mock auctions or games that included whipping. Their songs, too, helped them deal with slavery’s horrors. One song included the following lyrics that addressed the subject of family separation directly: “Mammy, is Ole’ Massa gwin’er sell us tomorrow? / Yes, my chile. / Whar he gwin’er sell us? / Way down South in Georgia.”

Another area of controversy involves the extent to which slave parents were able to shield their children from slavery’s brutalities. We have discovered that there was a “tug-of-war” between slave children’s parents and plantation masters and mistresses, who were eager to make slave children, especially young children, feel loyalty, and even gratitude, to their owners. To win over children’s affection, owners sometime gave them gifts and favors. At times, owners asked children to report rules violations within the slave quarters.

Slave parents, in turn, sought to instill in their children a sense of loyalty to the slave community as a whole. They taught children to refer to other girls and boys as sister and brother, and to unrelated adults as aunt or uncle. Through folk tales, such as the famous “Br’er Rabbit” stories, parents taught their children how to outwit more powerful adversaries.

Less studied questions are how the lives of slave children differed in urban and rural areas or on larger and smaller plantations, and how childhood experience differed at various points in time.