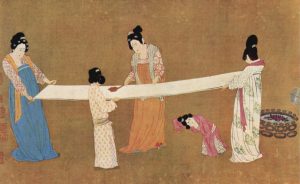 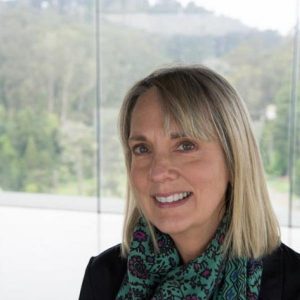 The unprecedented interest in the child who assumed unique importance in the Han period was set into motion by a convergence of historically-specific conditions: (1) the establishment in the Qin dynasty (221-207 BCE) and the further development in Han times (206 BCE-220 CE) of a merit-based civil service, which increased the educational and occupational opportunities of boys moving up the social ladder; (2) and the frequency with which children came to the throne unprepared to govern; (3) the attempt to further the Confucian project by advising women about various methods of child-rearing and instruction for young children; (4) the effort to educate girls about their proper roles in society because of an increasing anxiety over the influence of women in political events; (5) the growing influence of Han Confucianism, which stressed early education and argued for the establishment of a large-scale public school system; (6) the new centrality of correlative and occult thought which linked the child to cosmic processes and by extension to all of the major disciplines of intellectual inquiry; (7) the formation of a textual canon, which defined cultural mastery and established a clear standard by which to measure achievement; (8) the emergence of biographical writing which took into account significant events of childhood. What follows is an elaboration on the factors and forces that led to the emergence of the child as a topic of significant cultural attention. 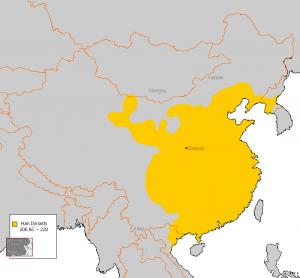 What contributed to the rising recognition of children’s important in Han society was the consolidation of a unified empire that depended in part on a meritocratic system of advancement for its civil and military officials. The large-scale and complex activities and agenda of the centralized state required the ruler to take stock of, utilize, and develop the potential of his human resources to the fullest. Thus, in Qin times, we see the new imperial government registering, taxing, and demanding labor and military service from each household in the empire according to the age and gender of its family members. We also see the enactment of laws punishing infanticide, infant abandonment, and filicide in this period in order to husband state resources. But when the energetic and visionary First Emperor of Qin died in 209 BCE his son proved unequal to the task of imperial rule, and the Qin fell four years later.

When the first Han emperor, Liu Bang, emerged victorious in the wars that followed Qin’s collapse, the Han faced the same tasks of training and installing a bureaucracy, but with the additional responsibility of inquiring into the reasons behind Qin’s downfall and rectifying its errors. To that end, an increasing number of intellectuals urged Han rulers to take care in the education of heirs to throne, to ensure that when these boys replaced them they would govern wisely and maintain the health and continuity of the dynasty. They advised women about various methods of child-rearing and instruction for young children, and the sooner the better, because they saw early childhood training as crucial to the development of an accomplished adult. They also called for the establishment of a public school system to prepare boys for the civil service. The recent and precipitous demise of Qin and the fragility of the Han empire in the opening years of the dynasty provided a vivid reminder of what was at stake and gradually worked to train both imperial and intellectual attention on childhood as a means of stabilizing and fortifying imperial rule.

In contrast to the diverse and plentiful materials on boys in Han sources, we see little intellectual engagement with issues specifically concerned with girls. In Han times, women played a fairly small role in both the civil service and the military. Consequently the education of girls did not attract nearly the same level of attention as that devoted to the intellectual development of boys. A poignant example is the story of how, when the Empress Deng was a small child, her mother scolded her for attending more closely to classical learning than to needlework and asked her if she thought she was preparing for a post at the Imperial Academy as Erudite. Nevertheless, from the about 74 BCE onward, increased anxiety over the influence of women in political events and the threat they posed to dynastic stability resulted in efforts to educate girls about their proper roles in society, using as models for emulation the lives of exemplary women from antiquity. While it is impossible to say how many girls and young women outside of court or literati circles received this sort of training, we do know that the goal of female education differed from that for boys. Girls were not instructed to further their own ambitions but for the sake of the moral, intellectual and professional development of their fathers, brothers, husbands, and sons. Still, toward the end of the Former Han, as ambitious men of the gentry were increasingly appraised for their Confucian morals, their womenfolk also came under closer scrutiny. At the same time, drawing on both imperial Qin and Han Confucian models, the government made sporadic efforts to reach out to all of its subjects in an attempt to bind them more closely to the ruling house. This endeavor included not just women and girls of the court and the gentry, but a broader base of female subjects, who were recognized by way of special grants and awards for values such as chastity and obedience. 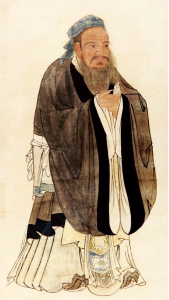 Confucian education, with its reverence for institutions that privileged elders, ancestors, and worthies of antiquity, promoted the study of classical texts and moral exemplars of ages past so as to gradually shape the child according to canonical molds. Thinkers associated with Daoist thought, on the other hand, traced the infant’s life back to a cosmogonic process, linking it to the workings and laws of nature rather than to the power of ancestors and human artifice.

The theme of the precocious child, linked as it was to the struggles of worthy and often obscure figures in the establishment of a divinely sanctioned order, is another reflection of the sensibilities of the Qin and Han empires. They replaced, in varying degrees, aristocratic entitlement with a system of ranks based on merit. The merit system sought not only adult males but also young boys, who were groomed at increasingly earlier ages for bureaucratic positions and who were recommended in response to occasional imperial edicts that sought youths with extraordinary gifts and great promise. Biographical writings of the Han reveal a similar new fascination with the intellectual capacities of young children.

In conclusion, the dynamic convergence of a variety of historical conditions led children to became important topics of intellectual engagement and the significant subjects during Han times. And we can single out the creation of a unified empire as the most momentous and profound impetus for the unprecedented focus on children in early China.

The key themes in this module are (1) nature vs nurture (e.g., wisdom and virtue as inborn vs life-long cultivation of learning and virtue); (2) separating the sexes and gender differentiation: the “inner” (private/domestic) realm of women vs the “outer” (public/official) realm of men; (3) the low status of the child in a gerontocratic culture vs the child as an embodiment of cosmic process and heavenly order; and (4) the child’s low status in the family vs the child as valued property of the state.