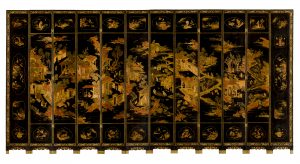 An exploration of primary sources on childhood in late imperial China (framed broadly as the Song through Qing dynasties, ca. 960-1911 CE) offers a window into lived experience and the diverse ways in which childhood itself could be imagined and articulated. As with other times and places, the historical record presents a variety of perspectives and different takes on childhood, providing a sense of that realm as socially defined, imagined, and experienced.

Chinese family life in the late imperial period was marked by a complex realm of relationships. Children often grew up amidst an extended family of parents and siblings, grandparents, cousins, and, for the wealthier families, a domestic realm that would also include servants, wet-nurses, as well as the various women of a household including a formal wife and (potentially) multiple concubines. Extended families were thus the norm, offering a rich and complex community for the child.

Practices of child-rearing and the life patterns of children were shaped by class and gender. The management of the household was overseen by females as was child-rearing itself. Women would care for the children and, particularly as the late imperial period progressed through the Ming and Qing dynasties, would also be responsible for much of their early education. Youngsters would be guided in their initial acquisition of literacy and numbers through memorization of basic poetry and childhood primers.

Men in a family would also often play a role in children’s lives, particularly in shaping decisions about the continued education and training of children (both boys and girls). Many a father or grandfather would also enjoy and celebrate leisure time with kids at play in the domestic quarters.

Children themselves would share together the joys and endeavors of early childhood through to an age of seven or eight years, at which point gendered divisions would be more clearly defined in their own activities and in their own spaces of learning. Growing girls would learn from other women in the household the essential skills associated with the feminine, including embroidery, sewing, cooking, and, particularly for elite girls, reading and calligraphy.

Elite boys, having shared an early training and playful realm with little girls, would then move to their own education, building up a literacy and experience with the canon of Confucian classics in preparation for the imperial state’s civil service exams that could bring true success to their family and lineage. Boys who were not from elite classes, but who were raised in peasant households or by working class families, would also begin to engage in more strenuous work in the fields or perhaps new duties in the shops and artisan studios of an urban center. 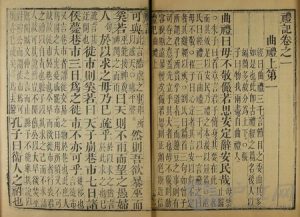 Social relationships, meanwhile, were shaped by and articulated through a rich culture of philosophy and practice associated with the family. Confucian classics such as The Book of Rites (Liji) set forth an ideal vision of the proper child and the mandated aims of child-rearing. Here, as in the many instructional texts that circulated amidst China’s booming print industry of the late imperial period, an emphasis was placed upon a moral training for the child in appropriate forms of behavior and in a recognition of the value of social relationships.

Moral teachings included the inculcation of a respect for elders and the encouragement of a child’s true expressions of filial piety. This latter ideal was one celebrated as the foundation of a good family and of society itself. In ideal examples, children were honored for displaying a heartfelt sense of obligation, gratitude, and loyalty to their family as well as their dedication, throughout life, in caring for their elders.

Actual practice, naturally, was more complex. Reaching beyond the texts devoted to the ideal and exemplary, one also discovers more varied depictions of children’s lives. Sources found in literature, poetry, biography and family records as well as in visual images from the time reveal the variety of experiences, emotions, challenges, and playful intrigue found in (or represented through) the experience of childhood.

The collection of primary sources offered here presents a view of both the normative prescriptions for the proper child as well as alternate perspectives on a culture of childhood in late imperial China.