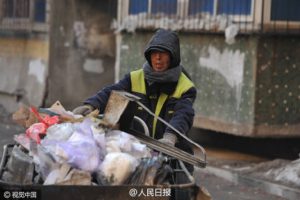 Zhao Yongjiu, a 56-year-old street cleaner from Shenyang, China, recently won the internet after it was revealed that over the last three decades he has helped fund the education of 37 impoverished children by donating most of his monthly salary.

Every day, the kindhearted sanitation worker leaves his home in Shenyang, China’s Liaoning Province, at 4:30 in the morning and returns at 9 p.m.. He earns a monthly salary of 2,400 yuan ($350), barely enough to make a decent living, but he somehow manages to live on way less, donating the rest to poor kids, so they can afford to go to school and get a proper education. He has been doing this for the last three decades and doesn’t plan on stopping anytime soon. Zhao estimates that during that time he has donated around 170,000 yuan ($24,750), and put 37 disadvantaged kids through school. 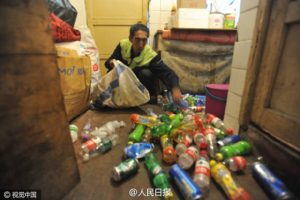 Feeling he need to do even more to help the kids, Zhao Yongjiu at one point sold his only property and moved into a rented one-room apartment for which he pays 600 yuan a month, donating most of his earnings. 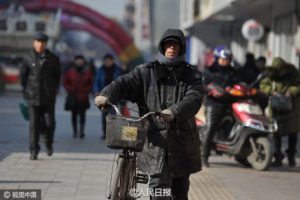 The 56-year-old street cleaner told Chinese newspaper Beijing Youth Daily that his long-term generosity was inspired by a personal experience. In 1976, he lost his father, and his mother struggled to put food on the table, but they managed to pull through those tough years with help from their neighbors, who would often chip in whatever they could spare. Impressed by their kindness, a young Zhao Yongjiu decided the would dedicate his life to helping other as well. 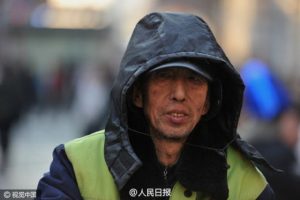 As you can imagine, Zhao Yongjiu’s story made quite an impact on Chinese social media, with most declaring themselves impressed with his generosity, and some even calling him a real-life hero. 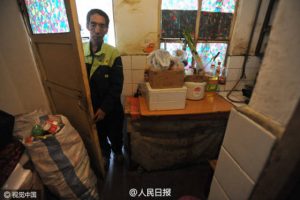 “If more people were like this old street sweeper, then the world would be a better place,” one person wrote on Sina Weibo, China’s version of Twitter. Indeed, if this is the difference a street cleaner can make, imagine of we all did our part to help those less fortunate. The world really would be a much better place.