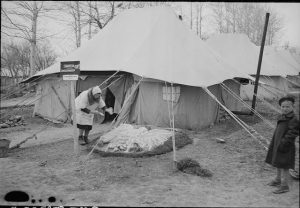 By Dr. David A. Wacks / 01.28.2011
Professor of Spanish
Department of Romance Languages
University of Oregon

Why Were the Polish in Iran?

It’s September 1939 – Germany and the Soviet Union have invaded Poland and partitioned the country between the two. To say life was miserable for the Polish at this time would be an understatement. The Soviet Union interned over 320,000 Polish citizens and deported them to Siberia for work in the infamous Gulags. Another 150,000 Poles died, in gruesome massacres such as the Katyn massacre. Stalin began emptying Poland of anyone who could resist the occupation. First went military officers and their families, then the intelligentsia, and last anyone with wealth, influence or education.

Fast forward to 1941 and Nazi Germany launched a full-scale invasion of the Soviet Union (Operation Barbarossa, the largest military campaign in history). Officially on the side of the Allied powers in July 1941, Joseph Stalin signed a Polish-Russian agreement that led to the foundation of a Soviet-backed Polish army that was to be made up of Polish prisoners of war who were ‘pardoned’ from the Gulags. The formation of such an army would take place in British-occupied Iran.

With news of their mass release, Poles began to slowly make their way towards Iran. With the Polish government in exile unable to assist their compatriots, and the Soviets refusing to allow access to trains to facilitate their exodus, fatalities due to hunger, the Siberian cold, violence, disease and simple exhaustion were high. By August 1942, a conservative estimate suggests more than 115,000 Poles (included 40,000 civilians) fled to Iran. At most, it is thought 300,000 Poles fled. 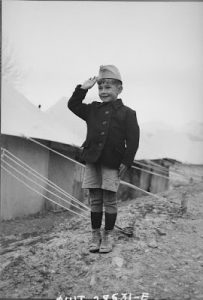 Young Polish refugee at a camp operated by the Red Cross in Tehran, Iran. Photo by Nick Parrino, 1943 / Wikimedia Commons

The soldiers who enlisted in Anders’ Army (named after its commander Władysław Anders) regrouped in Bandar Pahlavi, Mashhad and eventually Ahvaz, before being transferred to British command in Mandatory Palestine.

The civilians were left in the refugee camps that sprawled up around the country. Having first arrived in the port of Bandar Pahlavi (now Bander Anzali) on the northern Iranian coast, a makeshift city comprising over 2000 tents (provided by the Iranian army) was hastily erected along the shoreline of Pahlavi to accommodate the refugees. It stretched for several miles on either side of the lagoon: a vast complex of bathhouses, latrines, disinfection booths, laundries, sleeping quarters, bakeries and a hospital. Every unoccupied house in the city was requisitioned, every chair appropriated from local cinemas. Nevertheless, the facilities were still inadequate.

The Iranian and British officials who first watched the Soviet oil tankers and coal ships list into the harbour at Pahlavi on the 25th March 1942 had little idea how many people to expect or what physical state they might be in. Only a few days earlier, they had been alarmed to hear that civilians, women and children, were to be included among the evacuees, something for which they were totally unprepared.[4] The ships from Krasnovodsk were grossly overcrowded. Every available space on board was filled with passengers. Some of them were little more than walking skeletons covered in rags and lice. Holding fiercely to their precious bundles of possessions, they disembarked in their thousands at Pahlavi and kissed the soil of Persia. Many reportedly sat down on the shoreline and prayed, or wept for joy.

They had not quite escaped, however. Weakened by two years of starvation, hard labour and disease, they were suffering from a variety of conditions including exhaustion, dysentery, malaria, typhus, skin infections, chicken blindness and itching scabs. The spread of typhus in particular was deadly to such an extent that 40% were hospitalised and a large proportion later died. 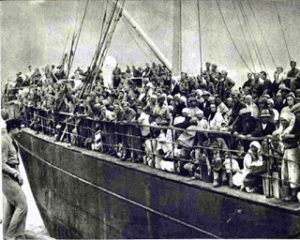 Gholam Abdol-Rahimi, a struggling photographer in Pahlavi, emerged from bed to witness ships disgorging disheveled refugees. Abdol-Rahimi’s photographs are perhaps the most complete account of the catastrophe. But his work was never recognized or published.

Pahlavi was only a temporary shelter. Refugees were later dispersed to more prepared camps in Isfahan (Isfahan in particular being dubbed as the ‘City of Polish Children‘), Tehran and Ahvaz.

More than 13,000 of the arrivals in Iran were children, many orphans whose parents had died on the way. In Russia, starving mothers had pushed their children onto passing trains to Iran in hopes of saving them.

As the war dragged on, most refugees continued their journey away from the Soviet Union, reaching Pakistan, Palestine and British East Africa & South Africa, eventually to the United Kingdom and the United States. 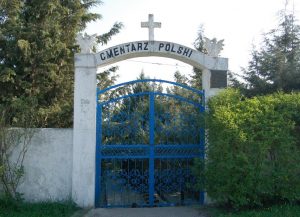 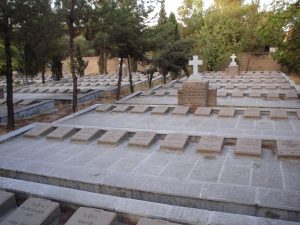 In all, 2,806 refugees died within a few months of arriving and were buried in cemeteries around Iran. Their alien names and the dates on their tombstones chronicle a calamity, even to a visitor without knowledge of their history. Etched on row after row of identical tombstones is a single year of death: 1942.