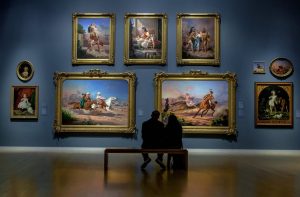 Art history studies cultures, societies, histories, and experiences and how they are given form. 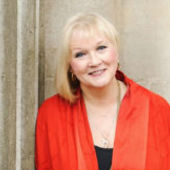 By Dr. Griselda Pollock / 08.22.2014
Professor of the Social & Critical Histories of Art
University of Leeds

Some computer scientists at Rutgers University in New Jersey have written a computer programme that finds connections between paintings and can even discover influences between artists, they claim. This certainly raises some fascinating questions, but not about art history.

In the paper, Babak Saleh and his colleagues describe how they created a programme to compare paintings so as to establish recurrences of certain features.

They classified more than 1,700 paintings according to various visual features they contained, from simple object descriptions to style and colour. And many striking comparisons and links were indeed thrown back by the programme.

But I’m afraid this is by no means going to help art history. The paper is titled “Toward Automated Discovery of Artistic Influence”. And sorry folks, but art history isn’t just about tracing influence and comparing use of things like space, texture, form and colour.

This is what we might call connoisseurial art history, which is what you might have found in the 19th century. Connoisseurs began to compare works scattered across churches and monasteries, classifying them and trying to discern common authorship. The works were identified for certain similarities of technique or ways of painting, for instance, hands or ears. At this point, in the later 19th and early 20th century, the project was somewhat forensic. Indeed, the founder of this method was a doctor, Giovanni Morelli.

But unsurprisingly, the discipline has developed somewhat since then. To study art history, we need to know about economics, politics, literature, philosophy, languages, theologies, ideologies while also studying to understand how art thinks. Art thinks through making, through forms, through materials. And over the past century, art history has been enriched by feminist, post-colonial, queer, and trans-national perspectives. We no longer hunt for connections – we ask questions. We are not diagnosticians seeking for common symptoms. We are not criminologists tracing clues that link a with b.

Even at the most basic level, machines would not be helpful in developing these larger narratives. The idea that machines can see or notice what human beings do not is a fallacy, because the machine is only doing what it is told – and it is the programmers who are setting parameters. But those parameters are based on a woefully old-fashioned and dull misunderstanding of what art historians do, and what they look for.

The big question is not that Caillebotte (one of the examples given) was influenced by Degas. Instead it is what he did with that “Degas-ness”. Did he get what Degas was doing? Was he arguing against Degas by making sure we saw some reference to his work? Why would it be valuable to work with it, to work it otherwise? What does referencing and deferring to another artist make possible for the one who does so?

In one example from the article, the programme “discovered” similarities between French Impressionist Frederic Bazille’s Studio 9 Rue de la Condamine (1870) and American Norman Rockwell’s Shuffleton’s Barber Shop (1950) into which they thought art historians could look further.

It is, of course, possible that Rockwell knew Bazille’s painting from an illustration in a book about Impressionist art, and even liked it. But what would we learn from finding pot-bellied stoves in both paintings, except about how people heated rooms pre-central heating? Rockwell’s art was all about creating an American vernacular style in art in opposition to the European modernism of which Bazille was an early part. Such comparisons are shallow, and overlook time, place, history and art politics.

The real problem is that even in the game of source hunting and influence tracing, ideology is already at work. Influence, linking artists and artworks in a one-way direction, such as family descent, is a dressed-up way of protecting the canon (and the art market), and this machine-aided form of looking for similarity would only reinforce it.

There was, until recently, virtually no art history that ever asked how women or African-Americans, or non-Europeans “influenced” the direction of art, or even traced any kind of links between such artists and the canonised white men. It is the kind of art history practiced in today’s universities, rather than the auction houses, that is asking precisely these bigger questions.

Art history studies cultures, societies, histories, and experiences and how they are given form. All we get from exercises in comparison and influence are superficial resemblances at which any artist would laugh. Art history takes art and artists seriously.