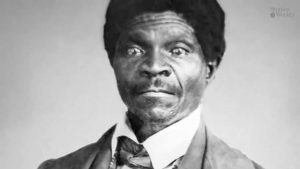 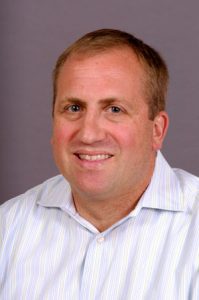 Dred Scott was one of the most famous slaves in American history. By filing for freedom in St. Louis Circuit Court on April 6, 1846, this husband and father of two girls set in motion a chain of events that helped bring about the coming of the Civil War and the destruction of slavery.

Scott was born about 1800 in Virginia, and grew up as the property of Peter Blow. The Blow family moved westward and eventually settled in St. Louis, MO, by 1830. A few years later, U.S. Army surgeon John Emerson purchased Scott and brought him to Illinois and then the Wisconsin Territory. At Fort Snelling (in what is now Minnesota), Dred Scott married Harriet Robinson, who was owned by another white man living in the fort. Dred and Harriet Scott then raised two girls, Eliza and Lizzie.

After returning to St. Louis. John Emerson died in 1843, and his widow Irene Emerson, with the help of her brother, John Sanford, began hiring out Dred and Harriet to other slaveholders. However, because the Scotts had been held as slaves in free states and territories–not just during transit or “sojourn,” but for extended periods of time—they were eligible to sue in Missouri courts for freedom. Many historians now believe that Harriet Scott discovered this information from her pastor and was behind their freedom suits in April 1846.

The Scotts brought suit against Mrs. Emerson in 1846, which was decided against them, but in a subsequent action in 1850 the court sided with the Scotts. The Scotts had a strong legal claim, derived from the principle known as “once free, always free” and protected within the federal system by the doctrine of comity, meaning that the states had to honor each other’s laws. The startling reversal by the Missouri Supreme Court in 1852 of an earlier legal victory by the Scotts signaled a dramatic breakdown in comity and the rising threat of disunion. Both pro- and anti-slavery forces quickly realized the national implications of the state verdict and re-filed arguments in federal courts as Dred Scott v. Sandford.

The legal battle continued until March 6, 1857, when Chief Justice Roger Taney read a sweeping majority opinion from the Supreme Court that denied blacks federal citizenship rights, swept aside comity concerns, and invalidated the 1820 Missouri Compromise legislation, declaring that Congress had no power to prohibit slavery in the territories. The furious backlash against the decision by Northern Republicans essentially guaranteed that the election of 1860 would be one of the most significant in American history.

Dred Scott, however, was not alive to see either that political contest or the war that subsequently ended slavery. He had died in 1858, a free man and head of a free household. Taylor Blow, the son of Dred Scott’s first owner, had made the remarkable decision in May 1857 to purchase the entire Scott family and set them free. There are still descendants of the Scotts alive today.