Through his art and his travels, 19th-century French Romantic painter Eugène Delacroix sought to understand the chaos of an era he called ‘the century of unbelievable things.’ 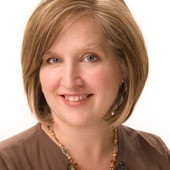 I’m an art historian and professor who studies and teaches French Romantic art. So when I was in France this past summer, I made sure to see the Louvre’s retrospective exhibition of French Romantic painter Eugène Delacroix.

In the galleries, I listened in on the other viewers discussing his paintings. Yes, they talked about their beauty and vibrant colors. But they also spoke of the images they depicted – scenes of tyranny and political upheaval, of resistance, chaos and refugees. They may just as well have been speaking of our present moment.

Now the Delacroix exhibition is coming to the United States. It opens Sept. 17, at New York’s Metropolitan Museum of Art and will run through Jan. 6, 2019.

The exhibition will have a special resonance for those trying to make sense of the uncertainties and challenges we face today.

If you only know Delacroix from his iconic 1830 work “Liberty Leading the People” – in which a symbolic woman representing liberty celebrates the three glorious days of the Revolution of 1830 – you might think he was a political revolutionary. He was not. 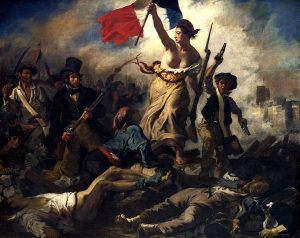 Instead, the artist was a conservative man facing what he called “the century of unbelievable things.” During his lifetime, he experienced war, two revolutions on his doorstep and encounters with Islamic cultures that challenged and entranced him. The exhibition shows us a man trying to comprehend what is happening to his world.

A star is born

Born in 1798, Delacroix was a privileged child of the Napoleonic age. As a young student, he honed his skills by drawing in schoolbooks and sketchbooks.

But by the time Delacroix was 16 years old, both of his parents had died, and the family’s money dried up. Delacroix, realizing he would have to rely on his painting to make a living, enrolled in the prestigious Ecole des Beaux-Arts in Paris while also studying in the studio of Pierre Guerin, where he befriended influential painter Theodore Gericault.

He was considered an early leader of the new Romantic style, an approach to painting that expressed passions through dramatic colors and loose, fluid brushstrokes.

While today he’s known as “the great Romantic,” Delacroix rejected that title. Instead, he styled himself as a painter who continued the glorious Classic tradition of French art; in his work, he often depicted Classical and historical subjects that were the bedrock of that approach.

He made his debut in the Paris Salon exhibition with the dramatic 1822 work “Barque of Dante,” an image of Dante and Virgil crossing into Hell that earned him widespread praise.

But Delacroix’s paintings of the Greek War of Independence – an early 1820s conflict between the Greeks and their Ottoman occupiers – catapulted him to fame. 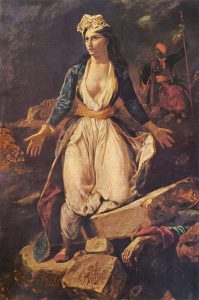 In ‘Greece on the Ruins of Missolonghi,’ Delacroix uses a pale female figure to symbolize Greece. Wikimedia Commons

Delacroix, like many in his circle, supported the Greeks in their struggle against the oppressive Ottoman Empire. While “The Massacre at Chios” (1824), dedicated to the brutal deaths of the Greeks on that island, will remain at the Louvre, the celebrated “Greece on the Ruins of Missolonghi” (1826), an image of tragic defeat, travels to the New York exhibition. Delacroix began the painting shortly after the citizens of Missolonghi attempted to liberate their city only to be massacred by the Ottoman Turks in 1825.

In “Greece on the Ruins of Missolonghi,” Delacroix embodied Greece as a single allegorical figure. Pale-skinned and clothed in traditional garments of white and blue – with her body lowered on one knee upon the fallen marble blocks – she recalls the Virgin Mary. Shrouded in darkness behind her, there’s a Turk – dark-skinned, turbaned and dressed in menacing hues of red.

At this point in his life, Delacroix had never traveled to the Ottoman Empire or anywhere else in the Islamic world; he only knew of it from the stories, objects and images he encountered in Paris. People in his circle wrote about the Oriental world of the Turks and North Africa as “the other,” at best, and barbaric at worst. In the painter’s hands, the Islamic world is cast as the infidel, while Christian Greece is represented with the imagery of the Virgin. It is a classic clash of West and East, liberty and oppression.

In Europe and America today, these old conflicts are playing out again with similar language and imagery being deployed. This binary relationship runs so deep in Western culture that it seems like a permanent fixture of our politics.

An artist broadens his horizon

In Delacroix’s art that simple binary never quite applied. Instead of seeing a border between the two worlds, it was as if he wanted to slip between them time and again. Though he was on the side of the Greeks two centuries ago, he was also fascinated by the glamour and violence he associated with the Islamic world.

In 1832, Delacroix, who seldom traveled, embarked for North Africa as part of a diplomatic mission to Algeria and Morocco. The voyage came about purely by chance when the ambassador, Count Charles de Mornay, sought a diverting traveling companion and artist to accompany him on the mission. Delacroix left within a month of receiving the invitation for the voyage.

The lure of the exotic Islamic world that Delacroix only knew through paintings and drawings was too much to resist. It changed the man and his art.

Little prepared him for North Africa and the beauty he found there. To Delacroix, all was soft and liquid in the light.

“I am dizzy,” he wrote his friend Pierret. “I am like a man who is dreaming.”

The artist’s small sketchbooks from North Africa, which will be featured in the Met exhibition, offer an intimate glimpse of the scenes and people that captivated him. He would return to these subjects repeatedly throughout his career.

A star of the New York exhibition, “The Women of Algiers in Their Apartment” (1834), brings viewers into Delacroix’s North African world. Years later, the journalist Phillipe Burty reported in his magazine article “Eugene Delacroix a Algers” that Delacroix had received permission to enter the private women’s quarter of an Algerian home with the help of an Algerian acquaintance. Even male family members needed permission to enter the “harem,” so Delacroix’s access would have been an extraordinary event. 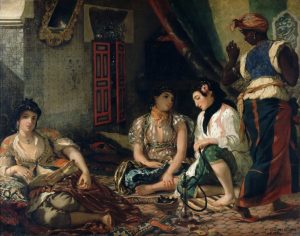 Delacroix returned from his trip to North Africa inspired. He would go on to paint ‘The Women of Algiers in Their Apartment’ (1834). Gandalf’s Gallery

The story may or may not be true, especially since Delacroix painted the piece in his Paris studio. Working from sketches, memory and Parisian models wearing the clothing he brought back from Algeria, Delacroix created what art historian Linda Nochlin once called an “imaginary Orient” – a world that may meld truth with fiction, but reveals much about its author.

Like many of us, Delacroix didn’t spend every moment obsessed with politics and conflict. He lived a rich life, and the exhibition shows the full scope of his work. His famous journal reveals a man about town, who immersed himself in literature and life. From the 1830s, the Met exhibition brings us paintings as varied as “Young Tiger Playing with Its Mother” (1830) and “Medea About to Kill Her Children” (1838).

During the Revolution of 1848, instead of creating a new “Liberty Leading the People,” the moderate Delacroix produced the vibrant “Basket of Flowers” (1848–49). 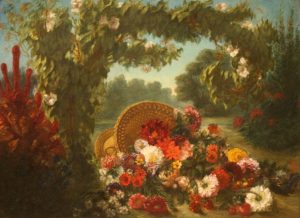 In focusing on natural beauty, it would seem as though the political warfare roiling the streets of Paris was the last thing on Delacroix’s mind.

Delcroix’s most famous paintings, like “Greece on the Ruins of Missolonghi” and “Liberty Leading the People,” arose out of the turmoil of the 19th century and evoke the uncertainties of our present day.

But “Basket of Flowers” may also say something important about finding beauty and equilibrium in the midst of chaos.