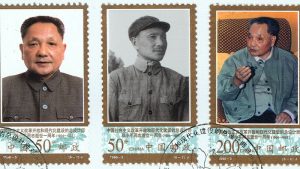 Chinese stamps commemorating Deng Xiaoping, a leader widely regarded to have modernized the country and made it a formidable economic power, 1998. Shutterstock

China is one of the world’s largest economies, and Deng Xiaoping was arguably the man who made that happen through his visions of economic reform. 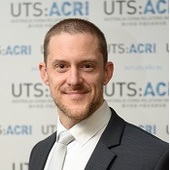 By orchestrating China’s transition to a market economy, Deng Xiaoping has left a lasting legacy on China and the world.

After becoming the leader of the Communist Party of China in 1978, following Mao Zedong’s death two years earlier, Deng launched a program of reform that ultimately saw China become the world’s largest economy in terms of its purchasing power in 2014.

Last year it accounted for 18.2% of total global purchasing power, compared with 15.3% for the United States.

A major turning point was the 3rd Plenum of the 11th Central Committee of the Communist Party of China, which took place in December 1978. For the three decades prior, production in China was structured around a central planning model: collectivised agriculture in rural areas and state-owned industrial firms (SOEs) in urban regions. The prices of goods and services were also fixed by the government rather than determined by supply and demand.

Deng recognised that the outcomes produced by the planned economy were poor, with more than 60% of the population living in poverty. That’s why he launched a series of measures such as opening up the economy to foreign trade and investment.

He summarised his distinctly pragmatic rather than ideological approach to development with the phrase, “It doesn’t matter whether the cat is black or white, so long as it catches mice”.

Under Deng, the market wasn’t given free rein immediately. There was no reform of the “big bang” variety seen in former centrally-planned economies of Central and Eastern Europe.

Rather, in the words of Barry Naughton, China’s economy was simply allowed to “grow out of the plan”.

For example, state-owned firms were not sold off to private entrepreneurs at the outset. Rather, privately-owned companies were permitted to emerge alongside SOEs. This gave Chinese consumers choices and the competition forced SOEs to become more responsive to market demand and efficient in their production practices.

The impact of the reforms

The outcomes of Deng’s reforms have been without historical peer.

The latest data put the proportion of China’s population living in poverty at less than 1%. Of course, despite hundreds of millions being lifted out of poverty, this does not mean that all Chinese are rich: average incomes are still only around one-third of those in Australia.

The reasons Deng’s reforms proved successful can be traced back to two key factors.

Another key consideration was that China benefited from its starting point.

Jeffrey Sachs and Wing Thye Woo pointed out that in 1978, most Chinese people were poor and living in rural areas. Compared with other centrally-planned economies such as the former Soviet Union, this made the task of shifting labour from producing low-productivity agricultural output to higher productivity industrial goods easier.

Just how far along the path to a market economy has China come?

That depends on the measure and the part of China’s economy under focus.

Last month, Meixin Pei, a professor at Claremont McKenna College in the United States, pointed to China’s state sector as evidence its economic growth would slow. He wrote that China’s economy was “nowhere near as efficient as that of the US”. And the “main reason for this is the enduring clout of China’s state-owned enterprises (SOEs), which consume half of the country’s total bank credit, but contribute only 20% of value-added and employment”.

Yet, perhaps unwittingly, Pei makes an important observation. SOEs may account for one-fifth of China’s value-added output and employment. But that means four-fifths now comes from Deng’s private sector.

Careful work by Nicholas Lardy at the Peterson Institute for International Economics has concluded that by 2011, China’s public sector, including SOEs, only employed 11% of China’s labour force. As a comparison, in 2013, Australia’s public sector accounted for 18.4% of total employment. In other words, at an aggregate level and in terms of employment, the private sector is more prominent in China than in Australia.

An OECD study in 2010 found that 87% of China’s 523 industrial sectors were highly competitive. They observed that this compared favourably with international standards, including with the US.

Commentators like Minxin Pei are correct that China’s SOEs do benefit from government policy support, such as cheap loans from state-owned banks.

But the data nonetheless point to China’s private sector being hyper-competitive in the sense that despite such discriminatory policies, the sector as a whole has continued to thrive.

In a 2016 paper for a Reserve Bank of Australia conference, Nicholas Lardy highlighted that in terms of output growth, profitability and indebtedness, private Chinese industrial firms outperform SOEs by a wide margin.

The prominent and vibrant role the private sector plays in China today means that its economic growth may be more sustainable than some of its critics imagine.

That said, the pace of economic reform has slowed under current Chinese leader, Xi Jinping, who took over in 2012.

Arguably the slowdown dates back even further. For example, in terms of subjecting Chinese firms to increased competition from overseas firms, China’s trade-weighted average tariff in 2000 stood at 14.7%. After entering the World Trade Organisation (WTO) in 2001, this fell dramatically to 4.7% by 2005. Since then, no further progress has been made. In fact, in 2016 the figure was higher at 5.2%.

Similarly, four decades after Deng began to allow foreign investment into the manufacturing sector, other parts of China’s economy, particularly the so-called “commanding heights” of the economy such as energy, telecommunication and finance, remain curtailed or off limits entirely. Overall, China is less open to foreign investment than high-income countries and many emerging markets as well.

This lack of reciprocity is at least partly responsible for much of the international community’s criticisms of China’s economy today. Jason Young, the Director of the New Zealand Contemporary China Research Centre wrote last week that the current US-China trade war is really a “dispute over what models of political economy are deemed fair and legitimate economic policy-making in today’s highly-integrated global economy”.

Over the past decade, around one-third of the world’s economic growth has emanated from China. Countries like Australia have been leading beneficiaries, with China buying $116 billion last year.

China’s economic growth, and therefore the world’s, will be more assured if Deng’s reform legacy is reclaimed by China’s current crop of leaders. Just announced tariffs cuts and new openings for foreign investment are steps in that direction.