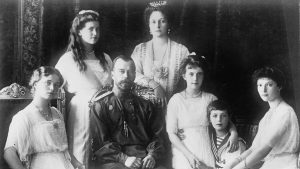 100 years later we can see more clearly how the Romanov dynasty came to an end 100 years ago. 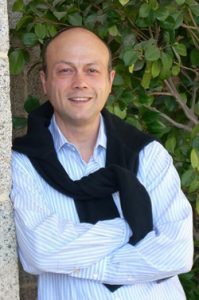 This year marks the centenary of one of the defining events of the early 20th century. In the early morning of July 17, 1918, Tsar Nicholas II of Russia, his wife Tsarina Alexandra, their four daughters and son, along with their physician and three servants, were herded into the cellar of the merchant house in Yekaterinburg where they’d been held captive and executed. It was the final, fatal blow to three hundred years of Romanov rule.

Since his death, debate has centered on the last Tsar’s apparent inability to foresee the 1917 Revolution. Nicholas had ruled over the crumbling Romanov empire for twenty years and is often blamed for the dynasty’s downfall. Yet two very different women played significant roles in his life and the fate of Romanovs—his mother, the Dowager Empress Maria Feodorovna, and his wife, the Tsarina Alexandra.

The Dowager Empress, known in her family as Minnie, wasn’t Russian by birth. A Danish princess, she came from a country where the monarchy was constitutional. Minnie embraced the unique nature of Russia, where European manners combined with ancient Slavic tradition, but she witnessed her father-in-law’s assassination and three separate revolutionary attempts on her husband, Tsar Alexander III. Minnie understood the world was changing and Russia must change with it. During his reign, her husband adopted a harsh autocratic stance that she often couldn’t countermand, but upon his death and their son Nicholas II’s assumption of the throne, Minnie repeatedly told Nicholas to authorize a constitution and limit the autocracy to safeguard the dynasty. Violent political upheaval and threats against the Romanovs had made it clear that they were under attack, but her advice went unheeded because Nicholas turned to counsel from his wife. 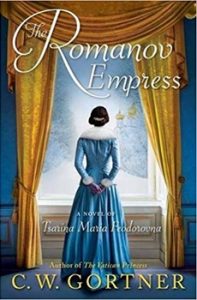 Then there is Tsarina Alexandra. While the situation that resulted in the Romanovs’ demise is complex and cannot be attributed to any one deed or person, Alexandra certainly played her part. Martyred with her family by the Bolsheviks, it’s often forgotten that she unwittingly set into motion some of the events that led to that horrific morning in Yekaterinburg. As a German princess, Alexandra was raised under the tutelage of her maternal grandmother, Queen Victoria. Not surprisingly, having lost her mother to diphtheria at a young age, Alexandra inherited Victoria’s tendency toward reclusiveness and aversion to emotional displays, which put the tsarina at odds with Russia’s volatile character.

Unlike Minnie, Alexandra made no attempt to adapt to the Russian way of life. Her dependence on the mystic Rasputin, whom she believed could heal her son of hemophilia, also set the Tsarina in direct opposition to her mother-in-law. Despite the popularity of mystics, Minnie never consulted them, and Rasputin, infamous for his staunch faith and sexual vice, seemed to be the last person a tsarina should tolerate. Yet his alleged curative abilities, as well as his belief that God had appointed the tsar to rule, made him the ideal balm for Alexandra’s desperation. At the time, hemophilia was an untreatable, misunderstood disease. The tsarina’s guilt over her son made her vulnerable to this enigmatic man whose influence over her became a national scandal.

Alexandra also displayed an obsessive, and ultimately destructive, control that went beyond the domestic. As Russia found itself embroiled in World War I, she heeded Rasputin’s advice to dismiss members of the Imperial cabinet who opposed the tsar taking charge of the military. The tsar had entrusted military operations to a Romanov grand duke, fully aware of his precarious reputation in the wake of anti-tsarist demonstrations, but as Russia incurred severe defeat by the Germans, he dismissed the grand duke to assume command, at Alexandra’s behest. Nicholas may have eventually done so of his own volition, but there can be no doubt that Alexandra, spurred by Rasputin’s exhortation that the tsar must lead Russia in its time of need, had a profound effect on her husband.

Minnie implored Nicholas to reconsider, knowing future defeats would endanger the tsar’s standing. As it turned out, she was right. Nicholas’s decision to assume military command was a major factor in his overthrow. Separated by many miles from the capital at his barracks, he was still unaware when the Bolsheviks seized the state and issued the warrant for his arrest. Taken prisoner and obliged to renounce his throne, the deposed tsar put himself and his family in immediate peril.

Minnie and Alexandra personify the uneasy transition between the 19th and 20th centuries, which saw its apotheosis in World War I. The Dowager Empress was more forward thinking than her daughter-in-law, who suffered from incapacitating depression and clung to the ideal of royal privilege, without taking into account its commensurate duties and risks. Perhaps the only thing these women shared was a blind devotion to their families. This clash between them and their struggle to influence the tsar played out against the backdrop of a dynasty unwilling to conform to the encroachment of the modern age.

In hindsight, the tragic finale of the Romanovs seems inevitable. The personal story behind it, however, is dramatic and timeless: two mothers fighting for their children, plunged into a battle of wills that would bring about the end of an empire.