A virus is essentially an information system (encoded in DNA or RNA) surrounded by a protective coat. Tom Thai/Flickr, Creative Commons

Humans have a deep history of viral infections, the evidence for which dates back to ancient DNA from Egyptian mummies. 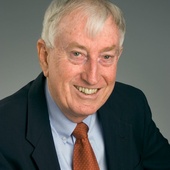 A virus is essentially an information system (encoded in DNA or RNA) surrounded by a protective coat and shaped by evolution to ensure its own replication and survival.

Viruses grow only in living cells. But they infect everything from the simplest, single-cell organisms, such as amoebae, to multicellular, multi-organ ecosystems like us.

Bacteria, on the other hand, are cells in their own right and carry all the molecular machinery needed for their reproduction. As a consequence, they have unique biochemical pathways that can be targeted by broad-spectrum antibiotics.

Antiviral drugs tend to be unique for the particular virus, or closely related family of viruses. This has made them much less available than antibacterial drugs.

Evidence of our long history of infection is found in ancient fragments of viral DNA that have passed from mother to foetus. These are not known to cause problems and may even be of some benefit.

Every human also has a “virome” of persistent pathogens they’ve contracted since birth. Herpes simplex type 1 (which causes cold sores),Epstein Barr virus (which causes glandular fever or “kissing disease” in adolescents) and cytomegalovirus (also a member of the herpes family), for instance, stay with us for life.

Gene sequence analysis allows us to infer how long Homo sapiens has been associated with particular viruses. There is evidence, for example, that lineages of human T cell leukemia virus type 1 (HTLV1), a virus that grows only in us to cause leukemia and other diseases, has been around for many thousands of years.

The original Australians carry two “strains” of HTLV1 that are thought to have diverged more than 9,000 years back and which are a significant and under-recognised cause of illness in some Indigenous communities.

Piecing together the rest

Humans have a deep history of viral infections, but other than the molecular analysis of current or recently circulating pathogens, the data is fragmentary.

That may change as researchers probe more ancient DNA from Egyptian mummies, where there is evidence of lethal tuberculosis and malaria (neither of which is viral) dating 1,500 to 4,000 years back. The evidence so far suggests mummies suffered from smallpox and polio. 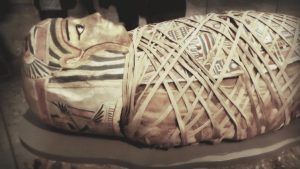 With recorded history, we are limited to much more recent accounts. From 430-427 BCE, the Plague of Athens, described by Thucydides, killed more than one-third of the population. The cause is unknown, though the favoured candidate is the bacterial infection typhus.

Then the Antonine plague (165-180 CE), also called the Galenic plague after the great Roman physician, was likely viral, with smallpox being the probable cause.

Chinese paediatrician Wan Quan (1495-1585) identified smallpox and, around that time, the Chinese began the process of “immunising” healthy subjects by blowing powdered smallpox scab material up the nose.

Recognisable descriptions of influenza outbreaks date back to 1580, with three such events during each of the 19th and 20th centuries.

Setting aside HIV/AIDS, which may be regarded as a “continuing” (since 1981) pandemic, the worst pandemic of modern times was the 1918/19 Spanish flu that killed 40-50 million people globally. Spain gets a bad rap for this: the virus had been active in the trenches on the western front for months, but neither set of combatants wanted to admit their armies were being weakened.

We don’t know if a milder variant of this virus was circulating in France the previous year, or if the pandemic strain was brought across to France in US troop ships after “taking off” in the crowded conditions of army recruit camps.

The 1918/19 H1N1 flu likely “jumped” from birds to people (or via pigs), while the much less virulent 2009 H1N1 strain clearly originated in pigs to cause the first human pandemic of the 21st century. Mass air travel ensured that it was around the planet in six months.

The 2009 virus retains 1918 genes that were maintained for more than 90 years in pig populations. Way back in 1917/18, did pigs transmit the original H1N1 pandemic flu to us, or did we pass it to them? Either could be the case. 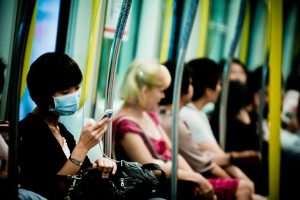 Swine flu was around the world in six months. Ka-ho Pang/Flickr, Creative Commons

Similarly, the human immunodeficiency virus type 1 (HIV1), the most prominent cause of the human acquired immune deficiency syndrome (AIDS), is thought to have “jumped” to humans back in the first half of the 20th century, perhaps when a hunter cut his hand while killing an infected chimpanzee (bush meat).

Then, as often occurs, HIV1 seemed to spread slowly between people until, in 1981, we saw the dramatic emergence of AIDS in New York and San Francisco.

Many and varied factors influence such disease incursions from other species, then “breakouts” from small, localised events. Changes in social practices, patterns of international travel and the movement of humans (with increasing population size) into previously forested areas are obvious triggers.

We are not, of course, the only species that can suddenly acquire infections from other vertebrates. Canine distemper virus (CDV) has, for instance, become established in Serengeti spotted hyenas.

Regular, fatal outbreaks in lions look to have come directly from dogs or perhaps other wildlife, including hyenas.

CDV is related to both bovine rinderpest virus (dubbed cattle plague) and human measles, both of which are closer to each other. Gene sequences suggests these two pathogens diverged about 1,000 years back, perhaps from an ancestral virus that is not identical to either.

Using vaccination and other disease control measures, we have eliminated two virus infections that have, through the ages, caused massive economic damage and loss of life: human smallpox (1980) and bovine rinderpest (2011).

Another scourge, polio, is close to eradication. But problems remain with vaccine coverage (and the safety of the medical teams) in regions that are essentially war zones. 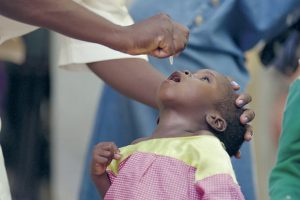 Thanks to an oral vaccination, polio is close to being eradicated. PROSanofi Pasteur/Flickr, Creative Commons

We could also eradicate measles, but this is hampered by some parents in the developed world who believe they do not have a responsibility to immunise their children against the standard infections of childhood.

Veterinarians are also embarking on another global eradication program to get rid of the rinderpest-related PPR (peste de petits ruminants) that infects sheep and goats.