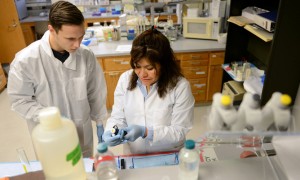 At a time when states are proposing to cut funding to nudge students away from the humanities toward “more job-friendly” STEM (science, technology, engineering and math) subjects, I want to make a confession: I am the love child of an affair between academic worlds. My career in science is a case study of the significance of the social sciences and humanities in science education.

And why is this important?

A liberal arts education exposed me to new and intriguing ideas and people, and made subtle yet significant contributions to my understanding of what science is, how it’s done and how advancements are made.

As a freshman biology major, I had eureka moments in two nonscience courses that affected my learning of how to think, and what to think about – all of which has made me a better scientist and science educator.

The Vietnam War was ever-present during my freshman year. The politics of the Nixon administration were passionately debated on campus, leading to antiwar demonstrations and disruption of class schedules.

Classes were sometimes canceled due to bomb threats (Calculus 101 met at every other scheduled time for a few weeks in 1970) or served as an impromptu forum for political discourse. One lecture in a genetics class, for example, became a presentation on antipersonnel weapons (designed specifically for bodily injury) used by the U.S. against the North Vietnamese. 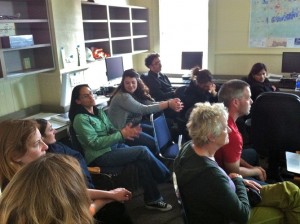 Liberal arts teach future scientists how to think critically. Anthro136k Who Owns the Past, CC BY-NC

I was enrolled at this time in an introductory anthropology class to satisfy the social science requirement of the liberal arts degree.

In a lecture that followed the showing of Robert Gardner’s classic documentary film “Dead Birds,” an account of battles among Dani tribes in the New Guinea highlands, the professor attempted to explain the origin of human warfare in light of combat in small-scale societies and its relevance to the antiwar movement.

He liberally (and uncritically, as I would later learn) applied evolutionary thinking to attempt to provide a deep functional analysis of human conflict. As I was a member of the counterculture and holder of a 2S deferment (which postponed my eligibility for military service while a student) – so, a potential draftee to fight in the South Asian war – my ears perked up.

Derived from a theory developed by the population ecologist V.C. Wynne-Edwards in the early 1960s that ascribed a role for social behavior in the regulation of animal group size, my anthro prof proposed that war evolved to control the size of human populations.

He said people go to war for an ecological purpose – to prevent overpopulation and extinction. Fewer people equal less strain on limited resources, so we need to downsize if our species is to continue.

In a nutshell, war evolved so that we don’t go extinct.

The problem with this idea, the prof said, is that wars don’t kill enough people to significantly reduce population size, implying that it could work if more died in conflict.

Even to my naive ears, the argument didn’t sound logical.

This was my first encounter with an evolutionary model called group selection. The model could be (and has been) discredited with Darwinian reasoning. After all, why should individuals give up their potential to reproduce for the benefit of our species as a whole?

A “cheater” in this social system (in this case, someone who does not altruistically volunteer to lay down his life in war to reduce population size) who survived to reproduce, would pass on genes – perhaps for diplomacy and pacifism – rather than self-sacrifice in battle.

It wasn’t in my biology classes, however, that I learned to think critically about how natural selection works, nor was I exposed to this line of evolutionary thought.

That brief discussion in Anthro 101 left a lasting impression, exposing me to an evolutionary argument that resonates today, as an evolutionary biologist who routinely teaches current paradigms of the origin of altruism.

Innovation in music and science

In the same year, my humanities requirement was met by a pair of music history classes that began with medieval chant and concluded with 20th-century composition.

Here I first heard the music of Charles Ives, the American composer who in the early 1900s experimented with polytonality (simultaneously writing in more than one key), dissonance and unusual spatial arrangements of orchestra members during live performances, all before modernism took hold. 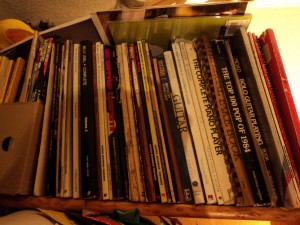 The movements, named for the American novelists, poets and thinkers Ralph Waldo Emerson, Nathaniel Hawthorne, the Alcotts and Henry David Thoreau, are in some measures indicated by Ives to be played “as fast as you can,” and for certain notes to be heard “as a distant echo on Walden.”

The unusual way Ives indicated dynamics, execution and his poetic sensitivity was an extraordinary contrast to the structure of baroque and classical music. It was a remarkably illuminating example of innovation in expression.

Hearing the sonata and reading Ives’ interpretive notes was a transformative experience.

The music of Ives had nothing directly to do with science, but taught me it’s possible to introduce new ideas, push the envelope and be ahead of your time. Once again, I didn’t learn this in a science curriculum that emphasized facts over imagination rather than elegance in experimental design, and creativity and its genesis.

Intellectual challenge and scholarship appeared to be more evident in anthropology (whether or not correct) and music. Provocative thinking seemed to lie outside of undergraduate biology. What was obvious to me in music was not-so-obviously missing then in my formal science training.

The excitement of science as a way of thinking was ignored in lectures and texts that suffered from dry rot.

A unified and rich intellectual harvest

Of late, both scientists and corporate leaders have been advocating greater emphasis on liberal arts training in STEM fields. But there is no consensus on how such an integration affects the development of scientific thinking and scientists.

But the liberal arts – of which natural science is one – are united by the same creative pulse of the human spirit. The stereotypical view that knowledge of the humanities poetically reflects beauty but lacks real-world application and that science is powerful and economically practical – while deprecating the essence of our humanity – should be laid to rest.

Intellectual hybridization in science traditionally operates within disciplines to bridge conceptually separate areas of inquiry such as genetics and behavior or physiology and ecology, or between adjacent disciplines like biology, chemistry and physics.

As my experience shows, broader disciplinary cross-fertilization can also have a deep impact.