So, you found my ancestors? Are you sure this time? epsos

There has been much debate about how cats went from hunting in the wild to a much-loved pet. 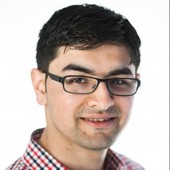 By Akshat Rathi / 12.16.2013
Former Science and Data Editor
The Conversation

There has been much debate about how cats went from hunting in the wild to a much-loved pet. That is because we know little about their domestication. Now researchers have found the earliest case of cat domestication, which happens to be in China, along with the first direct evidence of how it may have happened.

The oldest record of a cat’s association with humans comes from Cyprus where, about 9,500 years ago, a young wildcat was buried with a human. Egyptian art and cat mummies reveal that, by 4,000 years ago, cats had become loved pets. So it is clear that domestication happened in between these two dates. But many questions remains: how, where and when did it happen?

In a study, just published in the Proceedings of the National Academy of Sciences, Yaowu Hu of the Chinese Academy of Sciences, Fiona Marshall of Washington University in St Louis, and their colleagues try to answer those questions. “We have never before been able to show the nature of the relationship that resulted in domestication, especially for an animal that is solitary like cats and so rare in archaeological sites. So it was surprising to be able to document this at all,” Marshall said.

Like most evolutionary adaptations, domestication of animals can happen in multiple ways. A mutually-beneficial relationship can drive small changes that lead to a permanent change in behaviour, with or without direct human meddling. Or it could be that a prey’s numbers dwindled because of excessive hunting, which forced humans to come up with smarter animal management ideas, such as herding, that led to domestication.

The latter happened to sheep, goats and cattle. The former it was thought must have happened to cats, dogs and pigs. And thanks to Hu and Marshall, we now have evidence in case of cats. It comes from Quanhucun, a site in central China, that was a human settlement about 6,000 years ago. Archaeologists have discovered houses, storage pits, pottery, and some floral and faunal remains there, but few human burials. Piecing all the evidence together makes a compelling case for how domestication of cats may have happened.

The floral remains show that the settlement cultivated millet on a large scale. And the faunal remains of cats, dogs, deer and other animals tell us what these animals present at the site ate.

The isotopes in bones can tell us how old they are, but the ratio of carbon and nitrogen isotopes can also reveal an animal’s diet. These bones were about 5,300 years old. The dietary analysis showed that dogs, pigs and rodents mostly ate millet, and, not surprisingly, cats mostly hunted animals that ate millet (probably rodents). The archaeological dig revealed a rodent burrow near a storage pit, which meant farmers had a rodent problem, something that cats could help with.

“Cats were probably brought into the human environment by farming and the rodents and other food available to them in farming villages,” Marshall said. “This might have made it possible to domesticate an animal that was nocturnal and not social.”

There are other clues that show that humans had a closer relationship with the felids. The remains of one cat indicate that it got more nutrition from millet than it did by hunting, which may mean that humans fed the cat. Hu and Marshall also found a cat bone that showed it had survived well into its old age, again indicating that humans may have cared for the animal, allowing it to live longer. 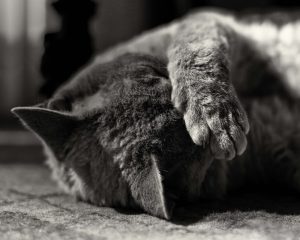 Not now. My domestication story is very long. mobilestreetlife

There is one problem that has left Marshall perplexed. Most cats today are the descendants of Felis silvestris lybica, or the Near Eastern Wildcat. But Marshall cannot be certain that Quanhucun cats belong to that lineage, because they could not find enough DNA data to probe lineages. “That is the main limitation of the paper – the uncertainty of the cat species,” Hu said.