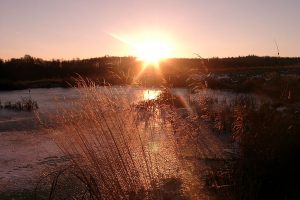 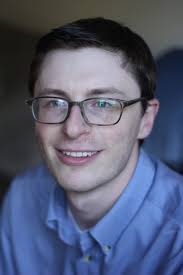 1966 was a transformative year in popular music. The Beatles released Revolver; Dylan put out Blonde on Blonde; and the Beach Boys dropped Pet Sounds. Even fifty years later, those three albums sit atop many respectable lists of the best all time albums. 1966 was also a transformative year in early American history. Fifty years later, it gets my vote for one of the top 5 most historiographically innovative years the field ever had.

I first noticed the strange importance of 1966 during my oral exams. As I flailed, helplessly, trying to answer a question, one of my committee members offered “William and Mary Quarterly, 1966” as a hint. Confidence washed over me when I came up with Gordon Wood’s “Rhetoric and Reality in the American Revolution.” Nope. “More on the reality side.” Then I had it: Jackson Turner Main’s “Government by the People: The American Revolution and the Democratization of the Legislatures.” At that point, I knew what I was supposed to talk about. And I did ultimately survive the exam.

Let’s start with the two articles that gave me the idea for this post. Wood’s pathbreaking essay clarified the stakes of Bernard Bailyn’s introductory essay to Pamphlets of the American Revolution, 1750-1776, and with it a still developing historiographical debate that would dominate the field for decades. Graduate students still (I think!?) turn to this essay to understand why the republicanism moment was so important. Jackson Turner Main’s essay brought empirical weight to the debate over democratization in the 1780s. It undergirded Wood’s treatment of the subject, a few years later, in Creation of the American Republic (Chapel Hill, 1969). Main’s tables depicting changes in the socioeconomic status of state legislators probably still appear on some folks’ lecture slides.

So what else happened in 1966? Gary Nash turned out to be one of the sharpest thorns in the side of the “ideological school.” In ‘66, Nash published “The Framing of Government in Pennsylvania: Ideas in Contact with Reality,” also in the April WMQ. The essay was not hugely influential, but even the title shows that he was already beginning to think about similar problems as Wood.

Philip J. Greven’s “Family Structure in Seventeenth-Century Andover, Massachusetts” and Kenneth Lockrdige and Alan Kreider’s “The Evolution of Massachusetts Town Government, 1640 to 1740” appeared in the April and October issues of the Quarterly respectively. In that same year, Lockridge also published “The Population of Dedham, Massachusetts, 1636- 1736” in the Economic History Review. These articles prefigured the complete change in colonial New England historiography that followed the publication of books by Lockridge and Greven, as well as Michael Zuckerman and John Demos, all in 1970.[1] Perry Miller ceased to organize the field.

That said, one of Miller’s students made sure that inquiries into the “American mind” lived on. Alan Heimert’s Religion and the American Mind (Cambridge, MA, 1966) remains the most forceful, if flawed, argument for both the Great Awakening’s importance and its connection to the American Revolution.

Then there was the cult classic of 1966, John Murrin’s Yale dissertation, “Anglicizing an American Colony: The Transformation of Provincial Massachusetts.” His counterintuitive view, that the colonies were getting more British in the lead-up to the Revolution, has been reimagined in a number of major interpretations of colonial politics and the coming of the Revolution.[2]

A pretty wide range of subfields shifted in 1966. When we think about the comparatively narrow parameters of the field in the mid-1960s, the magnitude of this single year of scholarly output looks even more impressive.

1966 prove to be the high point of modern music history. The Beatles—all of popular music?—never quite equaled Revolver. Somehow, a mere ten years after three of the greatest albums ever were released, Frampton Comes Alive! climbed to the top of the charts, exclamation point and all.

Luckily, everything was not downhill for early American history. There were other marquee years. 1980 saw the publication of both Mary Beth Norton’s Liberty’s Daughters: The Revolutionary Experience of American Women, 1750-1800 (New York) and Linda Kerber’s Women of the Republic: Intellect and Ideology in Revolutionary America (Chapel Hill). In 1999, Philip Morgan and Ira Berlin both won Bancroft Prizes for big books about colonial and revolutionary-eras slavery, altering a field that traditionally centered on the antebellum period.[4] Two of the three 2003 Bancroft Prizes went to books that further shifted the study of colonial slavery—Alan Gallay’s Indian Slave Trade: The Rise of the English Empire in the American South, 1670-1717 (New Haven, 2002) and James F. Brooks’ Captives and Cousins: Slavery, Kinship, and Community in the Southwest Borderlands (Chapel Hill, 2002).[5] In that same year, the terms of debate over the creation of the U.S. Constitution also changed fundamentally, with the publication of Max Edling’s A Revolution in Favor of Government: Origins of the U.S. Constitution and the Making of the American State (Oxford) and David Hendrickson’s Peace Pact: The Lost World of the American Founding (Lawrence, KS, 2003). We may have just experienced another such moment, with the 2014 publication of Edward Baptist’s The Half has Never Been Told: Slavery and the Making of American Capitalism (New York) and Sven Beckert’s Empire of Cotton: A Global History (New York).[6]

But then I think about how many early American historians probably spent the “summer of love” frantically rewriting syllabi and lectures to catch up with their colleagues’ incredible output in 1966. I think about how, in many departments with graduate programs, the smell of mimeographed copies of WMQ articles probably filled the halls, challenged only by patchouli. If this post offers nothing else, I think reflecting on a single year of scholarship is a useful exercise to illustrate just how fast the field can change.

[4] Morgan, Slave Counterpoint: Black Culture in the Eighteenth-Century Chesapeake and Lowcountry (Chapel Hill, 1998; Berlin, Many Thousands Gone: The First Two Centuries of Slavery in North America (Cambridge, MA, 1998).  The year before there was also, Robin Blackburn, The Making of New World Slavery: From the Baroque to the Modern, 1492-1800 (Verso, 1997).

[6] If only Walter Johnson held out a few more months before publishing River of Dark Dreams: Slavery and Empire in the Cotton Kingdom (Cambridge, MA: Harvard University Press, 2013).