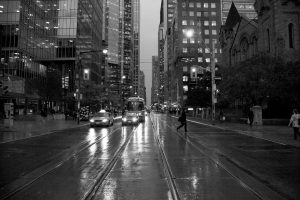 Just what is “capitalism” and its history? 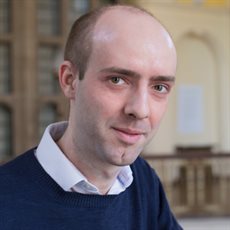 One of the central characteristics of the new history of capitalism has been its tendency to defer the question of just what “capitalism” is. The project’s enquiry starts with the question, not with a predetermined answer. But in order to know where to look, historians have to start with some idea about what makes a place and a time capitalist. As Tim Shenk points out in a recent article in The New Republic, the clue around which they converge is economic growth.

In a distinctly critical tone, Shenk accuses the historians under his microscope of “the routine conflation of economic growth with capitalism. Though far from the only subject addressed by these historians,” he goes on, “economic growth serves a crucial purpose in their accounts, in which capitalism’s ability to satisfy the yearning for more becomes its trump card.” For Shenk, apparently, identifying capitalism by its historically unique generation of compound growth is to unknowingly step into the shoes of the very economists historians “love to complain about.” The importance of growth in these historical accounts is tantamount, according to Shenk, to “the idea that economic growth is a necessary feature of collective life.” Historians are just as much “apostles of growth” as their economist siblings.

Of course, compound economic growth may not keep going forever; it might not even be desirable. Shenk seems to assume that this undercuts the “conflation of economic growth with capitalism,” exposing a flaw in the historical project. “The invention of modern economic growth—capitalism, if you like—reshaped the world,” he writes. “But it was part of an ensemble of larger transformations that we are still grappling to understand, and control.” Whatever those larger transformations were, I think he’s saying, those were the ones that really mattered, and they’re not the ones addressed by the historians of capitalism.

Shenk’s argument, if I’m reading it right, aligns with Naomi Lamoreaux’s critique of the new history of capitalism in the Journal of American History‘s recent “Interchange.” If we’re looking for a “radical shift in human experience,” she argues, we won’t find it in capitalism; and if we want to understand the end of the Malthusian trap and the beginning of “modern economic growth” we should be telling a “different story from what most historians of capitalism would tell.” The view Lamoreaux was opposing was succinctly put by Louis Hyman: “capitalism is what made that growth possible” (see pp.518-19, 526-27).

For Lamoreaux, the whole concept of the “history of capitalism” is worrying because it “takes for granted something that should be a question by assuming that economic behavior is fundamentally different in so-called capitalist societies” (p.509). In other words, Lamoreaux rejects the central premise of the enterprise: that capitalism is contingent, historical, and therefore unique. The counterpoised vision of a human economic behaviour that is “fundamentally” the same in all times and places is precisely the assumption that the history of capitalism seeks to puncture, one that has played a key role in the intellectual history of economics and the ideology of western liberalism.

Emphasizing capitalism’s historicity raises questions about where, when, and how it began—but also about its ending. If as Shenk remarks, most historians have used compound growth as the best rule of thumb for identifying where capitalism is present, we should take seriously the question he poses: “what if growth stalls?” To do so would mean comprehending the possibility that without growth, capitalism will not work at all. Like everything else in history, it might not in fact go on forever.