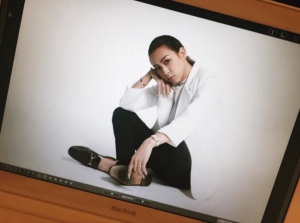 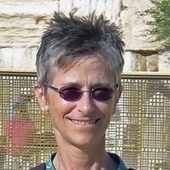 By Dr. Jennifer Robertson / 02.28.2017
Professor of Anthropology and Art History
University of Michigan

I’m an anthropologist who grew up in Japan and has lived there, off and on, for 22 years. Yet every visit to Tokyo’s Harajuku District still surprises me. In the eye-catching styles modeled by fashion-conscious young adults, there’s a kind of street theater, with crowded alleyways serving as catwalks for teenagers peacocking colorful, inventive outfits.

Boutiques are filled with cosmetics and beauty products intended for both males and females, and it’s often difficult to discern the gender of passersby. Since a gendered appearance (“feminine” or “masculine”) often (but not always) denotes the sex of a person, Japan’s recent “genderless” fashion styles might confuse some visitors – was that person who just walked by a woman or a man?

Although the gender-bending look appeals equally to young Japanese women and men, the media have tended to focus on the young men who wear makeup, color and coif their hair and model androgynous outfits. In interviews, these genderless males insist that they are neither trying to pass as women nor are they (necessarily) gay.

Some who document today’s genderless look in Japan tend to treat it as if it were a contemporary phenomenon. However, they conveniently ignore the long history in Japan of blurred sexualities and gender-bending practices.

In premodern Japan, aristocrats often pursued male and female lovers; their sexual trysts were the stuff of classical literature. To them, the biological sex of their pursuits was often less important than the objective: transcendent beauty. And while many samurai and shoguns had a primary wife for the purposes of procreation and political alliances, they enjoyed numerous liaisons with younger male lovers.

Only after the formation of a modern army in the late-19th century were the sort of same-sex acts central to the samurai ethos discouraged. For a decade, from 1872 to 1882, sodomy among men was even criminalized. However, since then, there have been no laws in Japan banning homosexual relations.

It’s important to note that, until very recently, sexual acts in Japan were not linked to sexual identity. In other words, men who had sex with men and women who had sex with women did not consider themselves gay or lesbian. Sexual orientation was neither political nor politicized in Japan until recently, when a gay identity emerged in the context of HIV/AIDS activism in the 1990s. Today, there are annual gay pride parades in major cities like Tokyo and Osaka.

In Japan, same-sex relations among children and adolescents have long been thought of as a normal phase of development, even today. From a cultural standpoint, it’s frowned upon only when it interferes with marriage and preserving a family’s lineage. For this reason, many people will have same-sex relationships while they’re young, then get married and have kids. And some even later resume having same-sex relationships after fulfilling these social obligations.

Like same-sex relationships, cross-dressing has a long history in Japan. The earliest written records date to the eighth century and include stories about women who dressed as warriors. In premodern Japan, there were also cases of women passing as men either to reject the prescribed confines of femininity or to find employment in trades dominated by men. 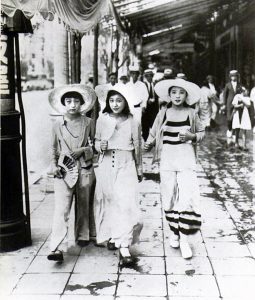 A century ago, “modern girls” (moga) were young women who sported short hair and trousers. They attracted media attention – mostly negative – although artists depicted them as fashion icons. Some hecklers called them “garçons” (garuson), an insult implying unfeminine and unattractive.

These concerns made their way into the theater. For example, the all-female Takarazuka Revue was an avant-garde theater founded in 1913 (and is still very popular today). Females play the parts of men, which, in the early 20th century, sparked heated debates (that continue today) about “masculinized” women on stage – and how this might influence women off the stage.

However, today’s genderless males aren’t simply weekend cross-dressers. Instead, they want to shatter the existing norms that say men must dress and present themselves a certain way.

Actually, the adjective “genderless” is misleading, since these young men aren’t genderless at all; rather, they’re claiming both femininity and masculinity as styles they wear in their daily lives.

In this regard, these so-called genderless men have historical counterparts: In the late 19th and early 20th centuries, cosmopolitan “high collar” men (haikara) wore facial powder and carried scented handkerchiefs, paying meticulous attention to their Westernized appearances. One critic – invoking the zero-sum gender attitudes of the era – complained that “some men toil over their makeup more than women.” Conservative pundits derided the haikara as “effeminate” by virtue of their “un-Japanese” style.

On the other end of the masculinity spectrum were the nationalistic “primitive” men (bankara) who wore wooden clogs (geta) to complement their military-style school uniforms. Ironically, like their samurai predecessors – and unlike the foppish haikara – the macho bankara would engage in same-sex acts.

There’s a term for the type of teenage boy that Johnny & Associates cultivates: “beautiful youths” (bishōnen), which was coined a century ago to describe a young man whose ambiguous gender and sexual orientation appealed to females and males of all ages.

Similarly, Visual Kei is a 1980s glam-rock and punk music genre that features bishōnen performers who don flamboyant, gender-bending costumes and hairdos. In its new, 21st-century incarnation as Neo-Visual Kei, the emphasis on androgyny is even more pronounced, as epitomized by the prolific career of the androgynous Neo-Visual Kei pop star Gackt, who enjoys an international fan following.

Since the word “genderless” is misleading, a better term might be “gender-more,” in the sense that young men – especially in Tokyo – are insisting on the right to present and express themselves in ways that contradict and exceed traditional masculinity. In the long span of Japanese cultural history, there have been many things that were – and are – new under the sun. But genderless males aren’t among them.