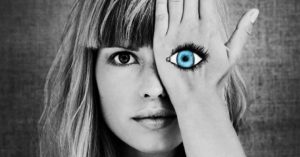 Rethinking How You See the World

One of the crucial first steps in any process that lets us learn how to think differently, is to begin with questioning our own assumptions and the mental models we employ.

What are we taking for granted?

What ‘facts’ are we interpreting to reach our conclusions and why?

How do the mental models and metaphors we use influence our understanding of the situation we are faced with?

Most people think that perception is the simple act of opening our eyes and seeing what is out there—a world made up of the clearly observable facts that constitute ‘reality’. This is not actually the case. Neuroscientists and quantum physicists agree that every act of perception also contains an act of conception. The observer and his or her methods of observation affect what is observed. Reality shows up in diverse ways, depending on the way of thinking and the way of seeing that we employ, and the mental models we use to make sense of what we observe.

Imagine you are an anthropologist coming across a tribe hidden in a remote corner of the world; meeting people who, so far, had no contact with modernity. The members of the tribe would not see the equipment you are carrying, like your camera, your mobile phone, or the glasses you might be wearing, in the same way that you or I would perceive those objects. The glasses, for example, would simply be ‘something strange sitting on your nose’. They might be interpreted as an ornament that denotes your social position in your tribe. 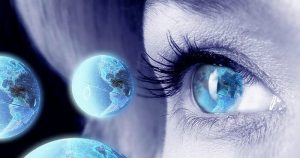 How does our worldview influence the way we interpret events?

The words, mental models and worldview we employ act as ‘organizing ideas’ that help us to structure what we see and pay attention to. These mental models shape how we see systems and processes. All too often we confuse the map with the territory. Even the systems view itself is only a map—a way of seeing relationships and interactions more clearly, depending on how we define ‘the system in question’. In the real world everything is connected and interacting with everything else, boundaries dissolve into places of encounter and exchange, uniting just as much as separating one aspect of the transforming whole from another.

Most of us will have been in situations where we found ourselves disagreeing with someone over how to assess a certain situation or interpret a certain reaction by someone else. If you take the time to pay attention to, and make explicit, the basic assumptions and mental models that people are applying in the process of interpreting a given situation, such conflicts can more easily be resolved. At the very least, it becomes possible to ‘agree to disagree’ and accept that there are different perspectives or interpretations, depending on the core beliefs, worldview and value system we employ to interpret any given situation.

Many processes of mediation and conflict-facilitation are based on slowing down the process through which we jump from observations to interpretations and conclusions, making us aware that even in the initial observations we were already selective with regard to what we chose to notice. This choice is influenced by our dominant worldview, the narrative in which we live our lives. 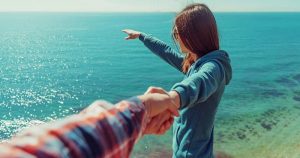 Conflicts are more easily resolved when we accept different viewpoints.

Mediation techniques, like non-violent communication, invite the conflicting parties to return to what they observe, how it makes them feel, and what needs they might have, with respect to the situation at hand. If we can get people to first agree about some level of ‘consensus reality’ regarding a given situation, it is much easier to make them aware of their core beliefs and assumptions and how these lead them to interpret or judge that situation in different ways.

Being able to question our own assumptions and paying attention to how we think and interpret situations is a crucial skill for anybody wanting to co-create a regenerative culture.

The Ladder of Inference

The ladder of inference is a model that makes us pay attention to how we think, create and reinforce assumptions and beliefs. First developed by Harvard Professor, Chris Argyris, the model highlights our tendency to confuse our assessment of a given situation with the supposed ‘facts’ of the situation. The model illustrates how our assumptions shape the way we see the world and how we form conclusions about a certain situation based on our assumptions.

The ladder of inference explains in a simplified way that we select certain data out of the observable facts in front of us. We then add meaning to these experiences, which in turn influences the assumptions we make, and how we draw certain conclusions that shape our beliefs about the world. These beliefs guide how we respond to situations and act in the world. Most importantly, the ladder of inference highlights that there is an often ignored ‘reflexive loop’ through which the beliefs we formed, based on past experiences and cultural conditioning, actually influence what facts we choose to pay attention to in the first place. Our dominant belief systems and worldviews critically influence which alternative—possibly important—facts or interpretations we choose to ignore. 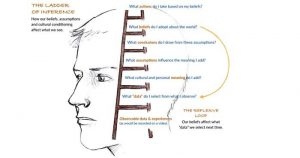 The ladder of inference describes the thinking process from a fact to a decision or action.

By becoming more aware of the different steps we are taking on the ladder, we can question our own assumptions, conclusions and beliefs and those of others. Here is a list of questions that can be used in taking individuals or groups through their own process of reasoning and reaching proposals for action. They invite us to apply the ‘ladder of inference’ to our own perspectives and those of others: 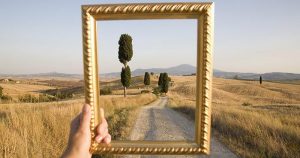 Question your own assumptions, conclusions and beliefs, and those of others.

The System as a Whole

Going through such a process of conscious questioning of different perspectives in a group that faces disagreement might not fully resolve the conflict, but it will certainly help to better understand the different perspectives. This increased understanding of multiple perspectives can help us to form a more systemic understanding of the issue, which in turn might offer an opportunity to discover common ground (shared needs, values and beliefs) which can help us to move forward on the issues in a more inclusive and participatory way. It may help us to act more wisely in the face of not knowing and uncertainty.

In my own experience of facilitating and taking part in such processes of ‘deeper questioning’, simply the practice of asking such questions to get clear about the different perspectives and the assumptions that inform us can help to open up a gateway towards the resolution of what can initially be perceived as an irreconcilable conflict. It allows people to see their own ‘issue’ within the context of a broader, whole-systems perspective that includes multiple ‘issues’. Simply being heard, valued and acknowledged can generate a willingness to compromise one’s own needs in a collaborative attempt to acknowledge and address the needs of others and the health, wellbeing and resilience of the system as a whole.

This is an excerpt of a subchapter from Designing Regenerative Cultures, published by Triarchy Press, 2016.