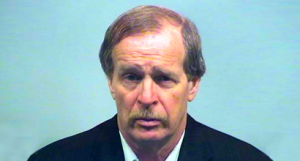 Another hypocritical “Christian” politician gets caught sexually abusing a child and has the gall to blame the victim instead of taking personal responsibility.

In 2010, Keenan bragged about his so-called “Christian” values upon becoming the new mayor. “I’m a Christian,” Keenan told the Youngstown Vindicator at the time. “Dedicating my life to Jesus has changed my life. Don’t preach it, but live it.”

Over the course of three years, Keenan repeatedly sexually abused a little girl from when she was 4-years-old until she turned 7.

Keenan admitted to the crimes after the girl told his wife, who is a pastor, about the abuse.

The 65-year-old Keenan also admitted to what he had done to other relatives in a group session at a hospital.

He also told a social worker at a psychiatric facility about raping the girl, saying that the abuse began in 2013 but then blamed the little girl for his actions, calling her a “willing participant” who somehow consented to being raped by him.

For some reason, Keenan was allowed to go free on $75,000 bond and won’t stand trial until April of next year.

If convicted he could be sentenced to life in prison.

This is yet another example of a supposed “Christian” committing a heinous crime and being a complete hypocrite.

At least in this case the pastor did the right thing by reporting her rapist husband to authorities instead of trying to cover it up like a church in Ohio did earlier this year when a youth pastor raped a teen girl repeatedly. Columbia Road Baptist Church could have prevented the sexual abuse had they fired and reported the pastor for obsessively sending text messages to the girl. But they basically looked the other way and gave the pastor the opening to take his obsession with the teen girl to a sick new level and then disgustingly blamed the victim and demanded that the girl apologize to the pastor’s wife.

And conservative “Christians” wonder why people are abandoning religion. THIS is why.