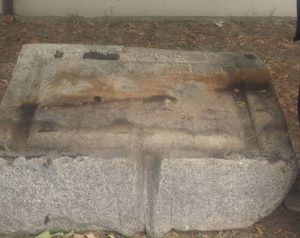 Ancient Thracians would place grapes in the middle of the rock vessel known today as “sharapana”, and stomp them with their bare feet to collect the grape juices in the furrows along the edges, and down the runway at the front as part of their wine making and wine rituals. Photo: Maritsa daily

A rock vessel which was used by the Ancient Thracians for winemaking and wine rituals has been found in the bed of the Chaya River near the town of Asenovgrad, in the northern part of the Rhodope Mountains in Southern Bulgaria.

The vessel dates back to the 2nd – 1st century BC, and is in fact a rock cuboid weighing almost two metric tons, reports the Bulgarian National Television.

The well shaped cuboid has furrows hewn along its edges which were designed as runways for collecting the juice from the grapes which were placed and stomped on top of giant stone slab.

This type of Ancient Thracian rock vessels is known in Bulgaria with the Turkish word sharapana (a leftover from the Ottoman period, from the word “sarap” meaning wine in Turkish).

Various types of sharapanas are found all over the Thracian (and prehistoric) rock shrines in the Rhodope Mountains and other regions of Bulgaria but those are usually vessels hewn as niches into the rocks in the shape of circles, ellipses, or rectangles. There are also “mobile” ones such as the sharapana which has now been discovered in the bed of the Chaya River near Asenovgrad.

In rural Bulgaria, smaller sharapanas made of wood (and sometimes of stone) are still used in winemaking but also for the processing and preservation of pork. 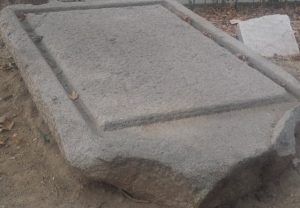 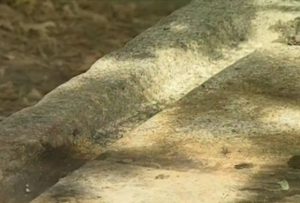 The furrows along the edges of the ancient rock vessel. Photo: TV grab from BNT 2

“[Ancient sharapanas] are frequent finds in the Rhodope Mountains. They were designed in a way allowing the grapes to be placed on top and then people would stomp them with their bare feet so that the grape juice could be collected into the furrows along the edges,” explains Ivan Dukov, Director of the Asenovgrad Museum of History, as cited by BNT 2.

He adds that the Ancient Thracian rock winemaking vessel also had a religious function because Thracian priests would make predictions for the future based on the way the grape juice would trickle down the runways.

In his words, grape stomping was itself a sacred ritual dedicated to god Dionysus, and was probably performed by young girls.

The newly found Ancient Thracian sharapana was noticed in the Chaya River, near the Asenovgrad – Smolyan road, not far from Asenovgrad’s most popular landmark, Asen’s Fortress (Asenova Krepost), by locals who alerted the museum authorities.

It has been extracted by a crane and transported to the Asenovgrad Museum of History where it has been exhibited as part of its lapidarium, a front yard open-air museum of ancient monuments and architectural fragments. 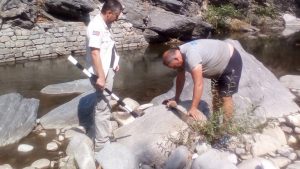 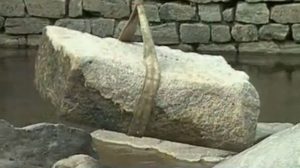 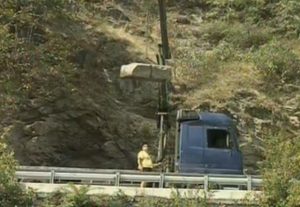 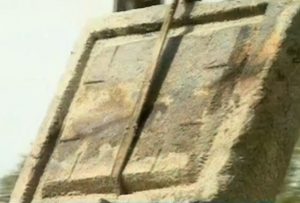 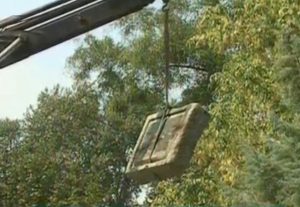 Asen’s Fortress (Asenova Krepost) is a medieval Bulgarian fortress near the southern Bulgarian town of Asenovgrad (which takes its name from the fortress). It dates back to the height of the Second Bulgarian Empire (1185-1396 AD) and the Asen Dynasty (1185-1256 AD).

Asen’s Fortress is located on a 300-meter-high isolated rock, on the northern slope of the Rhodope Mountains. Its location features traces of Neolithic, Ancient Thracian, and Byzantine settlements. It was mentioned as Petrich (not to be confused with today’s town in Southwestern Bulgaria) in an 11th century statute of the nearby Bachkovo Monastery. Asen’s Fortress was conquered by crusaders from the Third Crusade.

It was renovated in 1231 AD during the reign of Bulgarian Tsar Ivan Asen II (r. 1218-1241) as a stronghold against the Crusaders’ Latin Empire (1204-1261). It is best known for the well preserved 12th-13th century Church of the Holy Mother of God, a two-storey cross-domed single-nave church with a wide narthex and a large rectangular tower, with 14th century murals.

Asen’s Fortress was captured by Byzantium after Tsar Ivan Asen II‘s death, and regained by Bulgaria in 1344 under Tsar Ivan Alexander (1331-1371). It was conquered by the Ottomans Turks during their invasion of Bulgaria at the end of the 14th century even though the church remained in use during the following centuries. According to some sources, the fortress was destroyed in the Ottoman Interregnum when Ottoman princes fought for the succession of the Ottoman throne (1402-1413 AD).