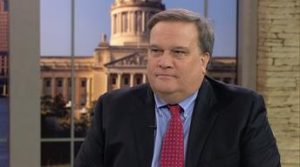 One of the 11 bills introduced on Tuesday would ban abortion after 20 weeks of pregnancy based on the Republican assertion that fetuses feel pain at that point in a pregnancy.

However, that assertion is not supported by science.

According to multiple studies, including one in 2005, scientists generally agree that fetuses can’t feel pain until well into the third trimester after 24 weeks. The 2005 study suggests 28 weeks. This is real science. Abortions after 24 weeks are already allowed to be limited by states under the 1973 Roe v. Wade decision made by the Supreme Court.

But Kentucky Republicans added insult to injury by telling women that they the only choice they have is to get pregnant or not.

Kentucky GOP Senate President Robert Stivers told the Courier-Journal that a mother has a “choice early on to make a decision to conceive or not conceive. But once conception starts, there becomes another life involved. And the legislature has its ability to control how that life may proceed or how it would be terminated.”

Did you hear that, Kentucky ladies? A middle-aged white guy just told you that you don’t have a choice and that he has the right to CONTROL your body and your reproductive health decisions.

And you can bet Republicans are going to be introducing similar bills and much worse in states across the nation and federally since Republicans control Congress and will have a puppet in the White House starting on January 20th.

“We believe that women deserve dignity and should have the right to make personal and private medical decisions without interference from politicians,” she said.

This proves once again that Republicans hate women and they are even more dangerous now than ever before.