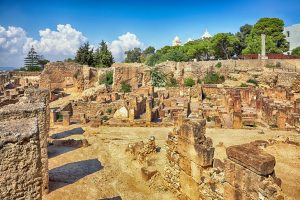 Genocide is often viewed as a particular feature of our own current age.  Nothing could be further from the truth.

Genocide is often viewed as a particular feature of our own current age. This perception largely stems from the terrible events which took place during World War Two in the 20th century CE in the parts of Europe occupied by the Nazis. However, there are certain occasions in the ancient world which could also be possibly considered as genocide. In considering genocide from an historical perspective, it is necessary to firstly ask what exactly is genocide? The concept is one which most people can agree did happen but which remains very hard to define precisely.

The word itself was first coined in 1944 CE by the Polish writer Raphael Lemkin (1900-1959) who constructed the word by combining ‘geno-’, from the Greek word for race or tribe, with ‘-cide’, from the Latin word for killing. The modern notion of genocide owes a great deal to Lemkin’s work who developed his ideas during his youth in Eastern Europe and as a resistance fighter against the German army during World War Two (Elder 2005; McDonnell and Moses 2005). In his key work published in 1944 CE, Axis Rule in Occupied Europe, Lemkin described genocide as signifying ‘a coordinated plan of different actions aiming at the destruction of essential foundations of the life of national groups, with the aim of annihilating the groups themselves’ (Jones 2006: 10-11). The second most influential document in laying out the modern legal notion of genocide was the 1948 United Nations adoption of the ‘Convention on the Prevention and Punishment of the Crime of Genocide’ wherein Article II of the convention defined genocide as the ‘intent to destroy, in whole or in part, a national, ethnical, racial or religious group’.

The exact explanation of what constitutes genocide resulting from these two landmark works has been extensively debated by academics ever since. However, it can be observed that there are two main elements needed for an event to be considered as genocide, namely: there is a clear intent on the behalf of the perpetrators to carry out the action and the resulting annihilation of a particular political, social or cultural group. Keeping this in mind, it may be possible to identify two possible cases of genocide in the ancient world: the Roman destruction of Carthage in 146 BCE and the Athenian massacre at Melos in 416 BCE. 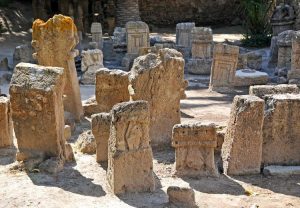 A section of the cemetery of ancient Carthage (modern Tunisia). Used between c. 400 and 200 BCE, the grave stelae on the site were usually set up above an urn of cremated remains of the deceased. / Photo by Dennis Jarvis, Flickr, Creative Commons

Carthage was located in Africa on the Mediterranean Sea, roughly where the modern city of Tunis is today, some 400 miles from Rome. The principal sources for the destruction of Carthage are the historians Appian and Polybius. Carthage was founded as a Phoenician colony. Unlike the Roman Empire, which expanded by conquering its neighbours, Carthage grew by setting up trading contacts to places as far-flung as Britain to the north and modern-day Gabon in Africa to the south (Braudel 2001:  218). The Phoenician origin of Carthage meant that the city contrasted considerably from Rome in areas such as its government which was more openly aristocratic in nature than the supposedly democratic Rome, its religion which was a strange mystery to the Romans and its overall outlook on life which was guided by both eastern Greek and African influences (Braudel 2001).

Rome and Carthage grew to become true superpowers on either side of the Mediterranean Sea so it was perhaps inevitable that they would fight each other. This occurred during the three Punic Wars, so called because the Romans used the Latin Punicus term to refer to the Carthaginians’ Phoenician ancestry, which began in 264 BCE and ended with the destruction of Carthage in 146 BCE. The First and Second Punic Wars saw Rome gain control of Sicily, Spain and much of the western Mediterranean. The Third Punic war broke out in 149 BCE when Carthage launched a disastrous invasion of the Kingdom of Numidia in modern-day Algeria. In 149 BCE, in response to this war, a massive Roman army under the command of Scipio Africanus the Younger landed in Africa and began to lay siege to the city. At first, the Carthaginians tried to come to peace with the Romans who announced a series of difficult conditions for them to fulfil. Rome initially demanded hostages and that all the city’s arms be turned over. When all of these demands were fulfilled, Rome then ordered that the city be pulled down and built further inland. At this stage, with their backs to the wall, the Carthaginians had little choice but to fight.

In spite of the superior Roman military power, the city managed to hold out for another three years until finally, in 146 BCE, the defences failed and the Romans poured in. The inhabitants of the city were massacred by the disciplined legions who systematically moved from house to house. Lloyd (1977: 178) suggested that the city may have held up to 200,000 inhabitants while Braudel (2001: 225) put the population at the lower scale of around 100,000 people. Even at this lower end, the slaughter in the city was, however, substantial and probably unprecedented in the European world up to that time. The survivors, possibly numbering anywhere from 30,000 to 50,000 people, were sold as slaves. On direct orders from Rome, the city was subsequently set alight and, after ten days of burning, demolished stone by stone. Polybius in his Histories, Book XXXVIII, Chapters 3-11, noted that ‘the destruction of the Carthaginians was immediate and total’ so much so that there were no Carthaginians left to even express their remorse.

The killing of all the inhabitants of a city-state whose inhabitants had refused to surrender was quite frequent in the ancient world so labelling this particular incident as genocide needs careful examination. A key element in this case, and one which would be in line with Lemkin’s notion of genocide, was Rome’s apparent intention to destroy Carthage, its people and culture, no matter what. This underlying aim can be seen in Rome’s increasingly impossible-to-satisfy demands placed on Carthage before the outbreak of war. When Carthage could no longer realistically satisfy the demands, this gave the Romans a legitimate excuse for their actions. In addition, in the ruling elite and population of Rome, there was a feeling that Carthage had to be destroyed to secure the political and cultural dominance of Rome. This is best summed up by the Roman statesman Cato the Elder’s personal motto Carthago delenda est meaning ‘Carthage must be destroyed’ which he used to end all public speeches (Radice 1973: 85). 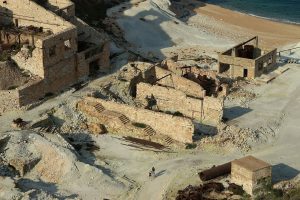 Another state-backed genocide may be found in the destruction of the Greek island city-state and culture of Melos by the Athenian Empire in 416 BCE during the grinding Peloponnesian war with Sparta which lasted from 431 BCE to the Athenian’s eventual defeat in 404 BCE. The fighting took place all over the Greek world and was regarded by the contemporary historian Thucydides as a war of world importance. In the summer of 416 BCE, during a break in the fighting, Athens turned her attention to the nearby island of Melos whose people, although claiming descent from a Spartan colony, had so far remained neutral in the war. The Athenians felt, however, that they could no longer tolerate the presence of an impartial state in the Aegean Sea and therefore sent representatives to the island to demand their surrender.

In Thucydides’ account of the war, there then followed a celebrated debate between the two sides, called The Melian Dialogue (Warner 1985). During this debate, the Athenians were quite open about their intentions such as calling on the Melians to surrender in order to ‘save your city from destruction’. The Athenians were also evidently aware that the Melians were a feeble military power compared to them referring to the Melians as ‘weak’ and ‘inferior’ and observing that ‘this is not a fair fight’. After this lengthy discussion, the Melians still refused to surrender. Constantakopoulou (2012: 50) noted that in antiquity, Greek islands, such as Melos, often sustained unique distinct island cultures which were very proud of their independence. Thucydides records that after their refusal to surrender to the Athenians ‘siege operations were now carried on vigorously and, as there was also some treachery from inside, the Melians surrendered unconditionally to the Athenians, who put to death all the men of military age whom they took, and sold the women and children as slaves’ (Warner 1985: 408). Meier (1999: 524-525) suggested that this action, which was approved by the popular assembly in Athens, involved the murder of approximately 1,500 men. Furthermore, rather than seeing the decision to spare the lives of the women and children, by selling them as slaves, as an act of mercy, this may have been intended to complement the massacre of the men to uproot and destroy the Melian society and culture.

As in the last example, there appears to have been a clear intention on the behalf of the Athenians to destroy the Melians as a group and a culture. This was meant as a warning to Athens’ allies throughout Greece to remain loyal during the war with Sparta. The massacre of Melos was noted at the time as being out of the ordinary which is surprising given that the brutal war between the two states had being going on for 15 years. A few months after the massacre, the Athenian playwright Euripides produced the powerful drama Trojan Women which may have drawn directly on the massacre at Melos to epitomize and condemn the barbaric cruelties of war. The play, which is set during the period immediately after the taking of Troy, moves away from the gallant view of a heroic war to consider rather the sufferings of the wives and children of the city’s defeated leaders who are carried off to the ships to face slavery in Greece (Murray 2011).

In conclusion, we have examined how the notion of genocide was defined in the years during and after World War Two. We noted that genocide must include two clear elements: a clear intent to carry out the action and the resulting destruction of a whole unique group. We then explored how this definition could be applied to two important events in the ancient world, the Roman capture of Carthage and the Athenian massacre at Melos, to argue that these events may have constituted genocide.