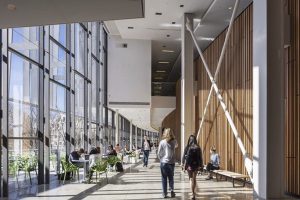 The editor thinks that a little sage advice on major matters will not hurt those of you who are headed to a college or university this autumn. Who better to offer it than one who attended such institutions in the South and in the West; before and after World War II; and earned a living interacting with students for at least twenty years when he was not researching somewhere? A senior scholar communicates.

In the fall of 1935 I drove nearly 800 miles in a Ford roadster to get to a university as an entering freshman. Thinking back, I really don’t believe that anybody gave me helpful advice. It was not that adult friends thought I didn’t need any; it was just that I was busy, so were they, and nobody was apprehensive back then about life on campuses. We were deep in a Depression, and maybe “everybody had his problems.”

Times are different now, and based on nearly a century of experience, I think I have some things to mention to a young generation. (I hope you won’t mind if I reveal that some years ago I offered a different version of some of these views in a University of Georgia pamphlet for their entering freshmen. Those points enlarged on here are still good!)

Take pride in your institution. There is really no reason to believe you would have “done better” at any other place in this country or abroad. Don’t mutter and mumble those first months about “I wish I had gotten into ____. You now have a place to show how good you are. So show it!

Take what comes; when Life is grossly unfair don’t lash out or mope; move on. They won’t let you take their Sculpture course. Calculus is full. Move on, I tell you. It’s not the end of the world.

Don’t hesitate too long over apparently imponderable decisions. Deciding ends apathy and uncertainty and gives you a new path. There will be time to take detours off the new way if the route doesn’t turn out to be quite as grand as you expected. Once you decide, that tough choice you have been avoiding somehow takes care of itself.

Something goes wrong; so somebody’s got to take the blame. I really see no point in blaming others, or yourself. Indeed, blaming comes after the fact and is an action without useful payoff. The Lord may well have said, “Vengeance is mine” but you have no business enjoying piling blame on somebody you’ll probably be around for another three years or so. Think about it.

There is no reason to feel guilty when you enjoy a warm glow after praise. There probably isn’t going to be all that much appreciation, so enjoy what you get to the fullest. Lots of time in life you are going to rise above yourself to triumph—when nobody’s watching. Tell yourself, “I done good” and move on.

Some will say that “keeping score” on yourself is futile or absurd. I don’t agree. It’s OK to see if you are measuring up to the potential you know you have. If you are not always aware of whether you are performing to the ultimate, look closer. “I sure loused that up” is one judgment worth making. Another is, “Man, you’re good.” Keep your own score, but laugh a little.

You have all kinds of abilities stashed away. You can mobilize the initiative to use them. So step up to the plate and knock things out of the park—time after time. As is said, “Be a mensch.” If you are first class, be first class. Don’t live in retreat in a corner away from all those showoffs. Strike ’em out. Ace them. Let those guys know you made an A. Your success won’t hurt anybody’s feelings very long. Let your inner hero out to achieve victory. In short, young person, live your next few years to the fullest!

Dr. Bornet has been around or in institutions of higher education all his adult life. He “knows” Emory, Georgia, Mercer, University of Miami, Stanford, and Southern Oregon University and spent ten years after high school as a fulltime academic student. When he runs out of things to do he writes a book. – See more at: http://historynewsnetwork.org/article/163483#sthash.VLvycDx5.dpuf