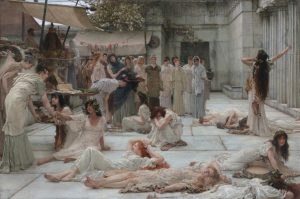 Should have stuck to white … / Creative Commons

Slightly over-indulged in wine this festive season? Suffering from throbbing headache, dry mouth, and nausea after the office Christmas party? The hair of the dog somehow does not appeal? Are you looking for time-tested cures? Fear not: these Greek and Roman remedies to alleviate a hangover or prevent one will come in handy.

In the ancient understanding of the body, drunkenness, and attendant headache, nausea and dizziness, are caused by an imbalance in your humours. Excess wine will cause over-heating of your humours, and you must try to use cooling agents to feel better.

Don’t be a barbarian 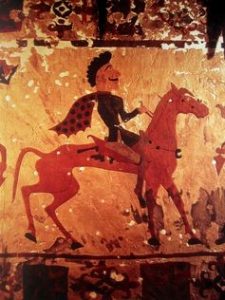 Dilute your wine with water – the water will temper the heating effect of the wine. The Greeks and Romans frowned upon anyone who drank their wine “neat”, as in their opinion, this showed clear lack of self-control.

“Barbarians”, and in particular the northern Scythians, had a bad reputation among the Greeks and Romans for their drinking of undiluted wine, a clear sign of their lack of civilisation. It is from Scythia, however, that came the wise man Anacharsis (sixth century BCE), who allegedly uttered the following pearl of wisdom:

The vine bears three kinds of grapes: the first of pleasure, the next of intoxication, and the third of disgust.

Water in your wine will allow you to enjoy the first of these three grapes, without suffering from the poisoning effects of the two others.

Try to drink white wine rather than red wine. Wine is, according to the ancients, haemopoietic – it creates blood. The ancients did not know that blood circulates in the body; instead they thought food and drink were transformed into blood in the liver, whence it was distributed to the other organs, which used that blood up to perform functions such as breathing.

Haemopoietic products such as wine are of course useful, but should be consumed carefully, as excess blood leads to all sorts of dangerous ailments. Red wine, because it is closer to blood in appearance, is more haemopoietic than white wine, and therefore more likely to make you feel unwell when over-consumed.

This is particularly relevant if you are female, as according to the ancients, you are then less able to process food into blood (which explains your need to menstruate).

Wear flowers in your hair 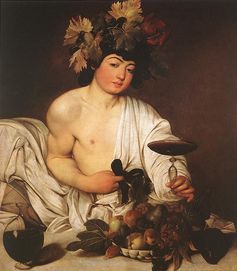 Emulate the example of your teenager daughter (niece, granddaughter, neighbour) at the latest festival and wear a wreath of ivy or flowers while drinking. The smell of flowers such as roses or myrtle will cool down your bad humours and relieve any headache. But try to avoid flowers with a heavy scent such a lilies.

Believe it or not, Greek and Roman physicians devoted entire treatises to the topic of curative wreaths. Unfortunately, these works are now lost, save for short extracts. I am not certain whether the wreath you have hung on your door for Christmas will serve this healing purpose.

Drink vinegar, perhaps with the addition of some herbs or flowers: the soured wine will counteract the wine that has already soured in your belly.

If you can’t stomach the vinegar you have drunk, you will be purged, which was considered a positive outcome in ancient medicine. Indeed, getting rid of bad humours is as good an effect as any.

Eat five almonds before drinking, as according to the great pharmacologist Dioscorides (first century CE), this will prevent drunkenness. It can’t hurt and chances are you will have received a festive pack of nuts from your great aunt. 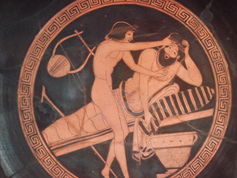 Put your Brussels sprouts and other cabbage to good use. The Greeks and Romans believed that the vine and the cabbage were natural enemies. They thought the vine had the capacity to perceive the smell of cabbage and refused to grow properly in the vicinity of the pungent vegetable. By extension, cabbage will counteract an excess of wine in your belly. Raw cabbage may work better than cooked.

Follow the wise advice of the author Vindanius Anatolius of Beirut (fourth century CE) and discuss ancient history to sober up. You will find sobering examples in stories such as that of the demise of Cleomenes, king of Sparta, who became mad because of his habit of drinking neat wine.

Alternatively, concentrating on retelling or listening to ancient stories will distract you from incipient drunkenness. Or perhaps this will send you to sleep, which, all things considered, is probably no bad thing.