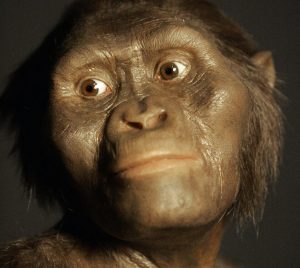 It should not be a surprise that East Africa was a hotbed of evolution, because over the last five million years everything about the landscape has changed. 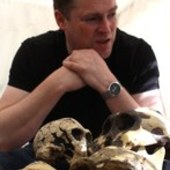 It should not be a surprise that East Africa was a hotbed of evolution, because over the last five million years everything about the landscape has changed.

The extraordinary forces of plate tectonics and a changing climate have transformed East Africa from a relatively flat, forested region to a mountainous fragmented landscape dominated by the rapid appearance and disappearance of huge, deep-water lakes. And from this highly variable landscape emerged an ape smart enough to question its own existence.

A cradle rocked by tectonics

Twenty million years ago the Indian and Asian continental plates clashed and pushed up the massive Tibetan plateau. In summer this plateau acts as a huge heat engine, absorbing solar energy which it transfers to the atmosphere, causing immense convection currents. With all this hot air rising, air is sucked in from all round, including moist air from the Indian Ocean that produces intense South East Asian monsoons.

This has a knock on affect of drawing moisture away from the African continent, and it was this that began the progressive drying out of East Africa. In terms of human evolution, this distinct split between the climate of Asia and Africa coincides with the split between Asian and African apes, the latter eventually evolving into us.

At the same time as the peaks of Tibet were thrusting upwards, the rifting process began in Ethiopia and gradually moved south finishing in Mozambique about one million years ago. This rifting was caused by a hotspot of magma under northern East Africa heating the crust causing it to split down the middle like an overdone apple pie.

The rifting process produced a deep, wide, hanging valley half a mile above sea level with uplifted shoulders or mountain ranges on either side rising up to two miles high. The affects of the Rift Valley formation on the local climate was dramatic.

The East Rift’s mountains prevented moist air from the Indian Ocean from passing over East Africa, causing the region to dry even further. The topography of East Africa completely changed: from a homogeneous flat region covered in moist forest, to a mountainous landscape with plateaus and deep rift valleys, where vegetation varied from cloud forest to desert scrub.

Presented with fragmented vegetation and greater distances between sources of food may have led to the evolution of human bipedalism – walking upright on two legs – around six million years ago. These highly successful early bipedal hominins such as Ardipithecus ramidus or Australopithecus afarensis, were nevertheless relatively small-brained, with a cranial capacity of about 450cm3 compared with modern humans with over 1,500cm3.

During each of these periods the local climate of East Africa varied over a 20,000-year cycle, from extreme aridity to very wet conditions. So our ancestors may have had an idyllic environment, cruelly taken away as the lake dried up over a few generations. Thousands of years later the lake would return and the cycle would begin again. The 20,000-year cycle is driven by changes in the Earth’s orbit around the sun, which affects the amount of sunlight received during any particular season. In East Africa it had a significant influence on the timing and duration of the two wet seasons.

The recent study published in the journal PloS ONE by Susanne Shultz of Manchester University and me statistically links for the first time the emergence of new hominin species, expanding brain capacity, and the movement out of Africa to the appearance and disappearance of deep freshwater lakes (confirming the original work by Martin Trauth and myself).

The most profound period for human evolution occurs at about 1.8 million years ago, a period which records the highest diversity of hominin species, including the appearance of Homo rudolfensis and Homo erectus with a substantially larger brain capacity of 900cm3, and the first major dispersal of our ancient human ancesters out of East Africa into Eurasia. During this period, the ephemeral deep-freshwater lakes appeared and disappeared along the whole length of the East Africa Rift valley, causing fundamental environmental changes that pushed these new species out of Africa.

We have now started to put together a coherent picture of how the changing East African landscape has driven human evolution over the last ten million years. The region has altered beyond all recognition, from flat and forested to one filled with spectacular, two-mile-high mountains, savannahs and tropical forests. By priming the land to form lake basins that were sensitive to small changes in rainfall, extreme climate pulses of alternately arid and wet period occurred and had a profound effect on all the animals living in East Africa. The powerful forces of plate tectonics and climate variability ultimately led to our hominid ancestors’ development and their dispersal from Africa, to the Caucasus, the Fertile Crescent, and ultimately the rest of the world.