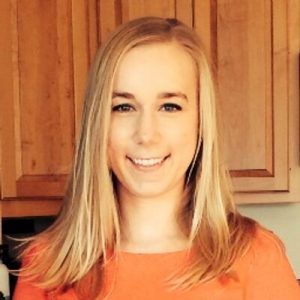 When I was a college student, art history courses revolved around a 1960s-era carousel slide projector. Its monotonous humming and clicking in the darkened lecture hall often put my classmates to sleep.

For years, technology used in college art history classrooms was limited. Only in the past decade have departments transitioned from using the Kodak 35mm slide projector to computers with PowerPoint presentations.

As I prepared to teach my own art history course last year, I wanted to implement new technologies to make the lectures more interactive and relatable to a 21st-century audience.

How could I engage a large class, foster scholarly interest in art history and make the material relevant for today’s students? Could new and readily available technology help to achieve these goals?

I decided to incorporate Twitter, the 140-or-fewer-character micro-blogging site, into my curriculum. While other academic courses, especially marketing and management, employ social media, I had never personally encountered it in an art history classroom.

I was teaching “Introduction to Art History,” a survey from the Renaissance to the present. A total of 62 students enrolled. Students were encouraged to participate in discussions; however, Twitter was added as an alternative method to engage with class.

I gave students a very general guideline regarding Twitter usage. They could ask questions, provide links to outside sources, or offer engaged responses to course material and their classmates’ posts.

All tweets had to include the class hashtag so that they would be easily searchable. Rather than banning cell phones, I allowed them in class for Twitter. 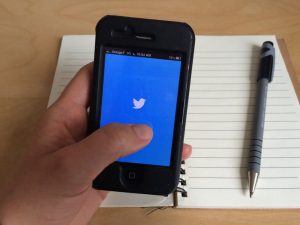 I offered another incentive – two bonus percentage points for the semester for those who used Twitter.

I began the tweeting myself to provide a model for students on how to use social media in an educational context. I responded to their questions on Twitter and “favorited” the most notable tweets. Furthermore, I recognized top tweets each week, displaying them in the PowerPoint presentation.

About 50% of my students participated.

What were the results?

As each class was primarily lecture-based, Twitter created a new avenue for students to voice their ideas. An average of seven tweets were posted during each class.

When a live stream was included in the PowerPoint, this number greatly increased. For example, during a lecture on Van Gogh with a live Twitter feed, a record 72 tweets were generated.

With Twitter, students could continue to engage with course material outside of the classroom.

The majority of tweets were posted in the evenings and on weekends. In a class survey, one student wrote,

“I liked how… our use of Twitter [got] me to think about art outside of class.”

From their activity on Twitter, it was clear that the course material resonated with students and they continued to reflect on the artists and concepts during their spare time.

Notably, final grades were on average 8% higher for students who used Twitter consistently.

That Twitter use can result in improved learning is corroborated by other studies as well. Researchers R Junco, G Heiberger and E Loken have shown that Twitter in college courses leads to increased engagement and higher grade point averages.

Although it would be difficult to determine if and to what degree Twitter usage affected students’ grades in my course, I believe it did promote better student engagement. Research has shown that student engagement is positively linked with increased academic success. Twitter added to the amount of time and effort students devoted to the class.

Many students had no prior exposure to art history, and the majority took the class to fulfill a core undergraduate requirement. In the final course survey, most reported that they had only a moderate interest in the subject before taking the course. However, the majority (86%) indicated that they developed a greater interest in art history afterward.

Multiple factors could have affected these results. But what Twitter did was allow students to relate the subject to their own academic and leisure pursuits.

Students drew connections between art history and science, literature, music, fashion, popular culture and personal experience on Twitter. For example, when studying the English Romantic painter, JMW Turner, one student tweeted an article linking the material to her own interests in science:

Students tweeted about their visits to museums and exhibitions:

They tweeted thoughtful questions. During our discussion on Fauvism, a revolutionary modern art movement, one student tweeted:

“Why does most of western art appeal to Greco-Roman civ for validation, even in something so radical like Fauvism? #arthist106”

“No one knows how much I love Kandinsky! If anyone’s interested ‘concerning the spiritual in art’ is a really good read by him! #arthist106”

Some tweets made us laugh, like the following written to the tune of a pop song:

“Hey I just met you. And this is crazy. But here’s my earlobe. Now love me maybe. #arthist106”

Twitter proved to be a useful as study tool. Questions and responses were visible to everyone prior to exams. It also worked particularly well for art history as students could tweet images. One student tweeted photographs of architecture on her trip to Florence during spring break.

Everyone had a voice

In a large lecture hall, it can be intimidating for some students to participate. Twitter allowed everyone in the class to express their ideas while simultaneously strengthening the classroom community.

One bright student seldom raised her hand during class, but felt comfortable sharing her insights on Twitter. During a lecture on Italian Baroque art, she tweeted:

“And now our prof is talking about the blood. So I guess it wasn’t that weird to notice. #arthist106”

I encouraged students to express their viewpoints. One student disagreed with my analysis of the French Impressionist, Edgar Degas’ work and voiced her opinion on Twitter.

With a free exchange of ideas, Twitter helped to establish a cohesive community among students and the professor.

Although Twitter does require some additional effort on the part of the instructor (facilitating discussions, responding to questions, correcting any misinformation), it was worthwhile. At the end of the semester, when asked what they liked most about the class, the majority of students mentioned Twitter.

One such student said:

“I liked the use of Twitter and how it was interactive. It kept us engaged with the material… I would recommend other professors to start using it.”

Implementing Twitter was a small step that made a big impact. Art history became more meaningful and exciting to students as they could relate it to their own lives.

Twitter has now become an integral part of my classroom, and I continually seek ways to utilize the application more effectively as a pedagogical tool. As for that old carousel slide projector, it’s rusting in the basement.