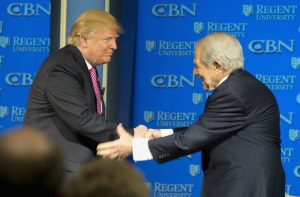 In recent years, Christian television has moved into news and politics. A scholar explains its impact on beliefs and on politics. 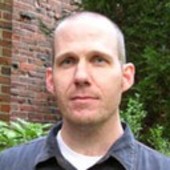 For Americans growing up between the 1950s and the 1980s, religion was not a regular presence on television. Aside from Sunday morning shows or occasional commercials, religious programming issued end-time warnings, sought monetary contributions, or staged faith healings. But it did not cover news.

Today is different, however. Not only are there entire networks devoted to religious broadcasting, but also Christian television has moved directly into covering news and politics, reaching millions of Americans daily with a conservative perspective on current events.

As a scholar of religion and politics in America, I believe it is important to understand the impact of the medium at this point of time as well as how it came to have such influence.

The growth of Christian media

American Christians have historically used new media to spread the gospel. In the 19th century, evangelicals used pamphlets and advertising techniques. The early 20th century produced a religious radio subculture that is still thriving in programs like the ones offered by Focus on the Family or Moody Radio.

By the early 1950s, preachers like Fulton Sheen, Robert Schuller or Billy Graham took to television.

While there was occasionally a political overtone to these programs, most of them refrained from explicit commentary. This changed beginning in the 1970s, in large part, because of two related political trends:

One, since the late 1970s, largely fundamentalist Protestant organizations like the Moral Majority took to popularizing Christian conservatism. These organizations rallied national support to influence politicians to oppose abortion rights and the Equal Rights Amendment, among other causes.

Two, around the same time, beginning with Ronald Reagan’s presidency, conservative politicians started to harness evangelicals as a voting bloc. As a result, many of these politicians began paying closer attention to Christian media for indications of this bloc’s concerns. This gave Christian media further influence in the political world.

The above political changes were reflected in the rapid growth of Christian shows on cable television.

Pat Robertson’s longstanding talk show “The 700 Club,” the end-times prophecy show “Jack Van Impe Presents” and others began to address what was happening in the news from a Biblical perspective. They claimed they were providing viewers with “real” explanations that media and liberal politicians covered up. These shows also reinforced conservative talking points as objective facts. 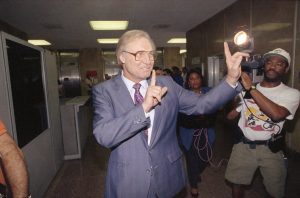 It is true that during this period, American “televangelists” experienced several withering scandals. Evangelist Jimmy Swaggart, for example, was discovered with a prostitute, and televangelist Jim Bakker was convicted of fraud. This led some scholars to suggest that religious television “went underground” because of this disrepute.

On the contrary, as the data shows, religious broadcasting grew hugely in the 1990s and 2000s. Christian media increasingly commented on current events. And, critically, it began to have an influence on the wider culture.

For example, from the mid-1990s, popular films and novels like “Left Behind” suggested that viewers with the “wrong” religious or political beliefs would suffer damnation. Such films and literature attracted tens of millions of viewers and readers.

Furthermore, Christian media was used to advance conservative biases. Authors and advocates of textbooks and curricula, for example, downplayed the women’s movement in American history or referred to slavery as “involuntary immigration.” Such changes were adopted in some Christian schools and their authors were often featured in Christian media. Even when the influence was indirect, the media, schools and entertainment mutually reinforced each others’ ideas.

There is considerable evidence, then, of the connections between evangelical media broadly speaking, Christian news specifically, and a conservative Republican base that sought steady support and advocacy from it.

The power of these programs is more than simply the stories covered or guests interviewed – it is their social impact on religious beliefs.

Christian news is effective in conveying its views because it repeats claims that viewers already believe, and provides them with particular emotional experiences that are described as facts. This way of viewing the world has moved closer to the center of conservative politics since the 1980s, a period of time when the Christian right acquired more influence in American politics.

The themes central to Christian television were more consistently those of the Republican Party. Consider how in the 1980s, Ronald Reagan began to be depicted as God’s agent on Earth. In the 1990s, the growth of multinational corporations and trade deals was decried as part of a demonic “new world order.” And today, when Islamophobia is on the rise, Christian television channels depict and celebrate President Trump as the fighter-in-chief, who defends Christians despite his personal faults. 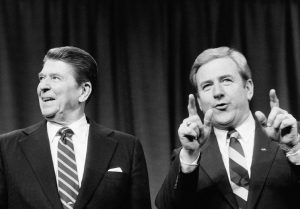 These attitudes are reflected in the contemporary news programs themselves.

For example, Robert Jeffress of Dallas’ First Baptist Church has called Islam a “false religion” that is demonically inspired. Such claims have been widespread since September 11, 2001, but on Jeffress’ “Pathway to Victory” program, with an audience estimated in the millions, they are given a vast reach without the facts of Islam ever being addressed.

Further, Christian Broadcasting Network news regularly features stories about Christians persecuted in Turkey or India. While such persecution clearly does occur in places across the world, it is often cited by CBN and other outlets to support the idea that American Christians are censored or otherwise embattled by liberalism or secularism.

The growing regularity of such examples has significant implications for American politics.

First, assertions that religious liberty is being violated around the world are put out endlessly in what I call “the resonance chamber of American public life,” in which repetition, aided by social media, helps claims to achieve legitimacy. Second, stories on the Christian news channels are constantly tailored to the idea that viewers are being persecuted.

By presenting itself as authoritative, trustworthy journalism, Christian news reassures viewers that they do not need to consult mainstream media in order to be informed. More dangerously, it authorizes a particular, often conspiratorial way of viewing the world. It denounces neutrality or accountability to multiple constituencies as burdensome or even hostile to Christian faith.

Sadly, tens of millions of its viewers are left without a sense of two of democracy’s most necessary foundations: the value of multiple viewpoints and shared political participation.