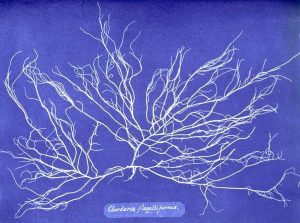 Some of the earliest applications of photography came in the fields of archaeology and botany. Pictured is a photograph from botanist Anna Atkins’ Photographs of British Algae: Cyanotype Impressions (1843)

Because a photograph came from a machine – not a human hand – many were not entirely sure if it could be called art. 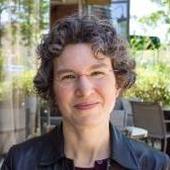 Much like a painting, a photograph has the ability to move, engage and inspire viewers. It could be a black-and-white Ansel Adams landscape of a snow-capped mountain reflected in a lake, with a sharpness and tonal range that bring out the natural beauty of its subject. Or it could Edward Weston’s close-up photograph of a bell pepper, an image possessing a sensuous abstraction that both surprises and intrigues. Or a Robert Doisneau photograph of a man and woman kissing near the Paris city hall in 1950, a picture has come to symbolize romance, postwar Paris and spontaneous displays of affection. 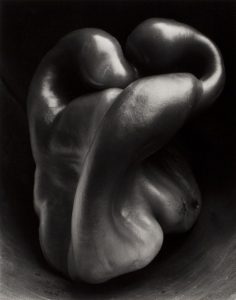 Today, few would debate the artistic merits of a photograph like Edward Weston’s Pepper No. 30 (pictured here). Wikimedia Commons

No one would question that photographs such as these are works of art. Art historians can explain the technical and artistic decisions that elevate photographs by the masters, whether it’s Weston’s use of a tiny aperture, Adams’ printing techniques or Doisneau’s distinctive aesthetic. It’s clear that Pepper No. 30 belongs in a museum, even if a selfie posted on Facebook doesn’t.

Oddly enough, it was not always this way. Photography has not yet celebrated its 200th birthday, yet in the medium’s first century of existence, there was a great deal of debate over its artistic merit. For decades, even those who appreciated the qualities of a photograph were not entirely sure whether photography was – or could be – an art.

In its first incarnation, photography seemed to be more of a scientific tool than a form of artistic expression. Many of the earliest photographers didn’t even call themselves artists: they were scientists and engineers – chemists, astronomers, botanists and inventors. While the new form attracted individuals with a background in painting or drawing, even early practitioners like Louis Daguerre or Nadar could be seen more as entrepreneurial inventors than as traditional artists.

Before Daguerre invented the daguerreotype (an early form of photography on a silver-coated plate), he had invented the diorama, a form of entertainment that used scene painting and lighting to create moving theatrical illusions of monuments and landscapes. Before Nadar began to create photographic portraits of Parisian celebrities like Sarah Bernhardt, he’d worked as a caricaturist. (An aeronaut, he also built the largest gas balloon ever created, dubbed The Giant.)

One reason early photographs were not considered works of art because, quite simply, they didn’t look like art: no other form possessed the level of detail that they rendered. When the American inventor Samuel F B Morse saw the daguerreotype shortly after its first public demonstration in Paris in 1839, he wrote, “The exquisite minuteness of the delineation cannot be conceived. No painting or engraving ever approached it.” 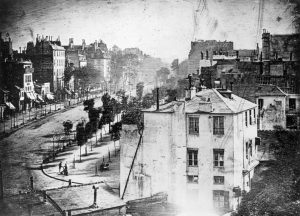 ‘The exquisite minuteness of the delineation cannot be conceived,’ the inventor Samuel F B Morse marveled after seeing the first daguerreotype (pictured here). ‘No painting or engraving ever approached it.’ Wikimedia Commons

A photograph of a haystack, with its thousands of stalks, looked visually staggering to a painter who contemplated drawing each one so precisely. The textures of shells and the roughness of a wall of brick or stone suddenly appeared vividly in photographs of the 1840s and 1850s.

For this reason, it’s no surprise that some of the earliest applications of photography came in archaeology and botany. The medium seemed well suited to document specimens that were complex and minutely detailed, like plants, or archaeological finds that needed to be studied by faraway specialists, such as a tablet of hieroglyphics. In 1843, Anna Atkins produced Photographs of British Algae: Cyanotype Impressions – considered the first book illustrated with photographs.

Finally, the genesis of a painting, drawing or sculpture was a human hand, guided by a human eye and mind. Photographers, by contrast, had managed to fix an image on a metal, paper, or glass support, but the image itself was formed by light, and because it seemed to come from a machine – not from a human hand – viewers doubted its artistic merit. Even the word “photograph” means “light writing.”

Before the photograph, painted portraits had almost always flattered the client and conformed to the fashions of the day; meanwhile, the earliest photographic portraits didn’t.

Elizabeth (Lady) Eastlake, one of the foremost 19th century writers on photography, listed many of the photograph’s shortcomings when it came to rendering the female face. In a black and white photograph, blue eyes looked “as colourless as water,” she wrote, blonde and red hair seemed “as if it had been dyed,” and very shiny hair turned into “lines of light as big as ropes.” Meanwhile, she noted that the male head, with its rougher skin and beard or moustache, might have less to fear, but still suffered a distinct loss of beauty in the photographic portrait. To Lady Eastlake, the photograph, “however valuable to relative or friend, has ceased to remind us of a work of art at all.” 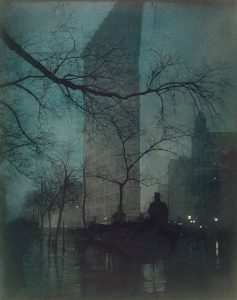 Debate over photography’s status as art reached its apogee with the Pictorialist movement at the end of the 19th century. Pictorialist photographers manipulated the negative by hand; they used multiple negatives and masking to create a single print (much like compositing in Photoshop today); they applied soft focus and new forms of toning to create blurry and painterly effects; and they rejected the mechanical look of the standard photograph. Essentially, they sought to push the boundaries of the form to make photographs appear as “painting-like” as possible – perhaps as a way to have them taken seriously as art.

Pictorialist photographers found success in gallery exhibitions and high-end publications. By the early 20th century, however, a photographer like Alfred Stieglitz, who had started out as a Pictorialist, was pioneering the “straight” photograph: the printing of a negative from edge to edge with no cropping or manipulation. Stieglitz also experimented with purely abstract photographs of clouds. Modernist and documentary photographers began to accept the medium’s inherent precision instead of trying to make images that looked like paintings.

“Photography is the most transparent of the art mediums devised or discovered by man,” wrote critic Clement Greenberg in 1946. “It is probably for this reason that it proves so difficult to make the photograph transcend its almost inevitable function as document and act as work of art as well.” 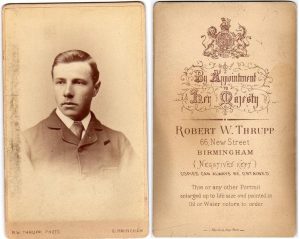 Social media in the 19th century: the calling card

Still, well into the 20th century, many critics and artists continued to view photography as operating in a realm that was not quite fine art – a debate that even continues today. But a look back to the 19th century reminds us of the medium’s initial shocking – and confounding – realism, even as photo portraits printed on calling cards (“carte de visites”) were becoming as fashionable and ubiquitous as Facebook and Instagram today.