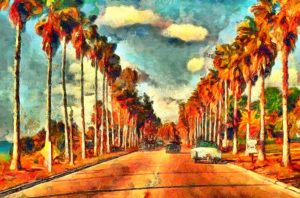 Is the California Dream still alive and well? Ivan Aleshin/shutterstock.com

Who gave the world the idea of the California Dream?

One way to answer this question is: “Who didn’t?” Millions of people today and in the past imagined California before ever going there – or without ever going there at all. Their collective vision of this place, what it means and how it might make, or remake, those who come here is one way to think about the California Dream, writ large.

But there’s also a person, a single thinker, in another answer to this question.

Kevin Starr, the prolific historian of California, died in January 2017. His passing took from the Golden State its most important scholarly interpreter and the one person most closely identified with chronicling the California Dream as a dynamic vision of a place and its possibilities. Across 40 years, Starr built a body of published work that put him in the most distinguished company of California commentators: Carey McWilliams and Joan Didion in the 20th century; Richard Henry Dana, Mark Twain and H.H. Bancroft in the 19th.

The loss feels especially poignant, even raw, just now. With California poised to flex more of its considerable clout across many stages, largely in antagonistic environmental, cultural and legislative response to the current presidential administration, it would be comforting to have Kevin Starr’s booming voice and clever opinions as narration and context to what is happening out here on the West Coast.

West to East and back

Born and raised in San Francisco in hardscrabble circumstances, Kevin Starr spent time as a boy in a Catholic orphanage, went to college at the Jesuit-led University of San Francisco and joined the Army. He then went to Harvard in the mid-1960s and ran headlong into American civilization. That meant the constellation of brilliant Harvard humanists shaping understanding of American intellectual and cultural history in books still consulted, and it meant steeping in the hothouse of Ivy League presumptions about just where American civilization existed and where it surely did not. Boston was in, of course, and so was Philadelphia. New York? Maybe. New Haven counted for something.

“I am going to write a dissertation on the West,” I said once to one of my own Ivy League historian mentors, who responded with an immediate and knee-jerk “West of what?” I went on to study the West, and have done so for the last 30 years. Over this entire time, I was fortunate to count Kevin Starr as mentor, friend and colleague.

Starr loved his time at Harvard. He marinated in the seminars and in the libraries. He felt at home. The old-school courtliness of Harvard matched his own bearing and respect for institutions. He also felt very much a Californian, and he chose to bring his home state to scholarly scrutiny. Starr wrote a doctoral thesis under the supervision of Alan Heimert, the brilliant scholar of 18th-century American religion who had just brought out his masterpiece, “Religion and the American Mind: From the Great Awakening to the Revolution,” on the religious enthusiasms of pre-Revolutionary America. Under Heimert’s close mentoring – they were only about a decade apart in age – Starr wrote on a Great Awakening of a different sort: California’s sudden and imaginative hold on the American psyche. The thesis became “Americans and the California Dream, 1850-1915,” which Oxford University Press brought out in the early 1970s.

In one big book, Starr made the California Dream mean and stand for so much more than the mid-19th-century search for gold nuggets in Sierra streams and rivers. The dream took that adventure in, to be sure, but Starr expanded our understanding of it well beyond the expectations of so many inexperienced miners trying their luck. Though initially conceived as a one-off monograph, the book launched an intellectual pilgrimage sparked from a deceptively simple query. What is the meaning – and the condition – of the “California Dream” through time?

Each of the more than half-dozen books that followed is another illumination of the history and culture of California. Starr broke through much of the nonsense of California studies – the “Old West” school of daring days of yesteryear – by taking the place, its people and the ideas they generated seriously.

Each successive volume is pinned, across eras or single decades, to the state and well-being of the oft-elusive California Dream at this or that moment in time. A redemptive California, a West Coast civilization made of the best hopes and dreams of the young nation, embodies the first book, and this idea animates the full series. Californians, Starr insists, can rise above the worst impulses of greed, violence or racism and, in so doing, render the state exemplary to the rest of the nation and the world. Starr knew his William Bradford, he of the obligations of an American “city on a hill”; he knew his Alan Heimert; he knew his Perry Miller, another of Harvard’s brilliant scholars of American mission and destiny. He brought them all with him to California. 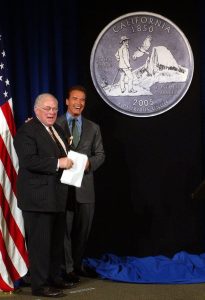 Stacked end to end, Starr’s dream series does not describe a straight line of hope or success. California is not so regenerative a place as to avoid the worst of human impulses and actions, and Starr knew that – despite his impressively irrepressible hopes that it might. California is always more parts hope than promise in Starr’s reckoning, and it has ever been thus. Woven into his lofty prose are indications of darkness and disappointment. “Old in error,” he noted as he closed the best of his books on this place, “California remains an American hope.”

What he did brilliantly was to temper faith with realism, realism with faith. That trait is what makes his absence especially painful right now. California is resurgent these days, even in its many imperfections. Feisty, even smug about its considerable power, the state – its political leadership and wide swaths of its population – is boldly going against the national zeitgeist in such arenas as environmental, social and immigration policies and perspectives. Given his erudition and the bully pulpit he so enjoyed opining from, Kevin Starr would have much to say about how the nation might not only learn from California examples, but how, as it has for two centuries, California might take the nation forward and not back.