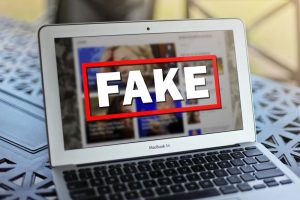 Post-election criticism of the news media is on point — journalists need to get out of their bubbles and listen to people they haven’t been listening to. But that’s only part of the problem: Voters need to do the same thing.

But that’s not the only problem with the political information that’s available to voters. If you throw out all the predictions of who might win an election, where the candidates are strong and where they are weak, you’re left with stories about the candidates’ words and deeds and records in public and private life, in business and in government.

If there’s something voters didn’t know about Donald Trump or about Hillary Clinton that was important to how they voted, there’s a pretty good chance that it was covered by the news media and that they just missed it.

That one’s on the voters.

News doesn’t work like it used to. Like gas stations, it’s gone from full service to pump your own, from a reliance on editors who decided what you got to read and see to a DIY situation where everything is available to you and it’s up to you to sort through the good stuff and the bad stuff.

The old way was to find newspapers, magazines and broadcasters you trusted, to let them figure out which events deserved attention and how much, and to put together a balanced look at the world on your behalf. That remains the mission of a lot of what is referred to as the mainstream media — a name that reflects the way most people still get a lot of their news.

Things have changed in the media, though. News and tips and rumors and chitchat — the raw materials historically mined by journalists — are now widely available. It’s still possible to leave the sorting to the professionals, to decide which outlets to trust and to go with that. It’s also a lot easier to see what those outlets are leaving out, revealing biases and interests that weren’t visible in the old system.

That’s a good thing. It’s only the start, though. Voters have to train themselves to tell a true thing from a false one, to tell a fractional truth from a whole one, to tell propaganda — some like to call it fake news — from usable information.

You’re not in the school cafeteria any more — you’ve got to put together a reasonable diet all by yourself. And you have to be skeptical, constantly examining information to see what’s good and bad about it. A well-worn axiom for journalists describes the necessary mindset: “If your mother says she loves you, check it out.” You’ve heard other aphorisms of caution: “Look both ways before you cross a one-way street.”

Read like an editor, looking for mistakes of fact or judgment. Work at it. Cast your nets widely. Vary your information diet, as you do with food.

Figure out some places you trust for business news or political news, the same way you decide which movie critics or restaurant reviewers are interesting or provocative. Read stuff you disagree with. Take a hard look at what your crazy relatives are reading and listening to. Hardly anything in politics and government is as black and white as the political and government people try to make it sound. The other side nearly always has a point or two to make, whether you like it or not.

We in the media deserve criticism. Have at it. It comes with the turf. It forces us to raise our standards. But it’s baffling that people don’t rail as much at writers who don’t even try to tell them the truth, or at people who mindlessly — or mindfully — pass along bogus or misleading stories. Some are outright lies. The ones from the other side might be more obvious to you, but liars are thriving in every political faction.

Social media makes it easier to carry on conversations. When it’s working, it doesn’t manipulate the content or flow of those conversations. But the feeds you watch reflect your own tendencies, and if you’re only getting your information from one little part of the spectrum, it’s ultimately because that’s the only place you’ve gone looking.

Professional journalists also have a responsibility to get out of their comfort zones and habits and listen to different people. It’s supposed to be their job, finding things they didn’t know about and bringing themselves and their readers up to speed on it. Not trying to duck that responsibility here.

Getting out of your news bubble is not the media’s job. It’s yours.