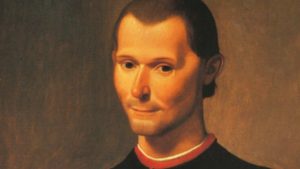 However you read The Prince, it is a reminder that the elementary condition of good government is effective government. 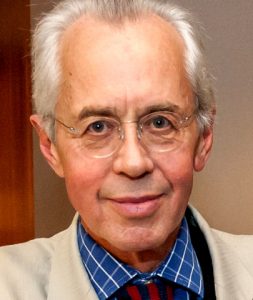 By Dr. Stein Ringen / 03.04.2018
Professor of Sociology and Social Policy
University of Oxford

Is Machiavelli relevant today? Relevant, perhaps, but a democrat? Was he not the author of a book of tyranny? Perhaps not quite.

In The Prince, the most famous how-to about governing ever composed, Niccolò Machiavelli speaks to the man set to govern the state of Florence. His message is straightforward: if you are to govern, you better be effective.

Well, exactly who he is addressing himself to, and why, and what he means to say, is a bit of a mystery. He does preface his tract with a letter to “the Magnificent Lorenzo de’ Medici,” but when he started to write it he did not know that Lorenzo would be selected by the Pope (in 1513) to be the new Florentine leader after the collapse (in all but name) of the Republic.

Perhaps he wanted to flatter the young and inexperienced prince to get himself a job, but it is likely that his friends advised him to hold back and that he never presented his text to Lorenzo or anyone else in his circle. Perhaps his intention was not at all useful advice but rather to confuse the autocrat with inconsistent and counterproductive ideas and thus entice him to failure. Machiavelli was after all a man of and for the Republic who had every reason to resent the new regime.

Or perhaps not. Although a man of the Republic, he was also desperate for job and position, and in need of income, and probably very ready to compromise on his principles if he could get himself back into government service. He wrote the tract quickly, finishing it the year after he was deposed from his post as second chancellor to the Republic, having endured a spell in prison and under torture. Could it be that he wrote it in anger, or to get some resentment off his chest? We do not know. However it came about, it is a tract full of mystery and contradictions.

Machiavelli had good reasons to occupy himself with effectiveness. Italy in general and Florence in particular were in decline, suffering from internal disarray and threatened and to some degree subjugated by foreign powers. That, he thought, was the result of weak and inept governing. So when he reflected on the doings of the new prince and the need for effective rule, what he had in mind might have been less the glory of the prince and more the standing of the state. Even if not a Republic, Florence was still Florence and needed the order of being governed.

His message, then, was one of effectiveness for a purpose. He thought that effective rule was necessary if the ruler were to have any chance of winning the goodwill of the people and hence for the cohesion of the ruler and the ruled that would make for a solid state. It is in the interest of those who are ruled that the rule they are exposed to works. Otherwise, not only the state but also the lives of its citizens are in peril.

For Machiavelli, then, effective rule is a noble ambition. But it is also, in another piece to his puzzle, a difficult ambition. The world is not an easy place, people are not easy to deal with, the times were brutal and turbulent. Rule in such a way as to create order is difficult.

From this comes his many and well known recommendations for ruthlessness on the part of the ruler. There is no escaping his cynicism on the use of hard means, to put it carefully, but was he an apologist for tyranny?

The reason, or at least one reason, he was a man of the Republic, was that under republican rule, where there is a division of power and where those in power are answerable to at least some of the people, there is ideally no need for tyranny. He also thought that kind of rule was the best basis for a stable state. Although republican rule is not democratic, that is as close to democratic thinking as was available at the time.

However, in the setting in which he reflected and wrote, republican rule was not going to happen. The problem to hand, then, was how to secure effective rule when power was in the hands of a ruler whose position rested not on the institutions and conventions of the state, but on a foreign authority (that of the Pope). The prince had been parachuted in by the enemy, yet that same prince was the only hope. That kind of ruler does not have the luxury of being able to trust that the people trust him. It is to rule under those circumstances, or so we may think, that Machiavelli’s hardest recommendations apply.

Those of us who are concerned today with the future of democratic government have much the same reasons to occupy ourselves with effectiveness. Democracy is challenged and in some ways in decline in quality and delivery. Movements of anti-politics and anger are taking hold. The core democracies of Britain and America are in a terrible way, in crises of identity and gridlocked governance. Their predicament is not unlike that of Machiavelli’s Florentine Republic: the constitutional institutions function poorly, in Britain and America’s case in particular their national assemblies, Parliament in Westminster and Congress in Washington. Cohesion of the rulers and the ruled is much wanting, as is goodwill from people to governors. Admirable constitutions are falling into disrespect and are weakened by internal divisions, lack of confidence and poor leadership. External powers of non-democratic persuasions are asserting themselves.

In Europe, authoritarian Russia, with customary paranoia, is busy stirring up disorder in the democratic part of the continent, and winning admiration for “strong government” in particular in some of the younger democracies. In China, a re-constituted People’s Republic is on a mission to make totalitarianism work, racking up followers in democratic countries who either admire authoritarian force or hate democracy, or both.

This piece was first published on Stein Ringen’s blog, ThatsDemocracy on January 30, 2018.