A Twitter exchange between Andrew Seidel, an Constitutional attorney who specializes in the first amendment (as he points out), and Trump/supporters makes a very important point: 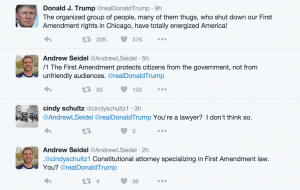 Seidel was asked for his qualifications and responded, as seen above.

When some knucklehead wrote, “Lol sure, everyone is a lawyer on the Internet”, he responded with his bio and current work. 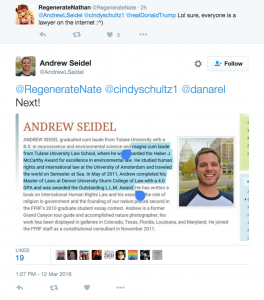