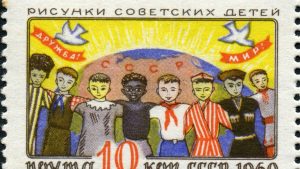 When Langston Hughes traveled to Moscow in 1932 to film “Black and White” — a Soviet propaganda film about the horrors of American racism — he figured he had little to lose. 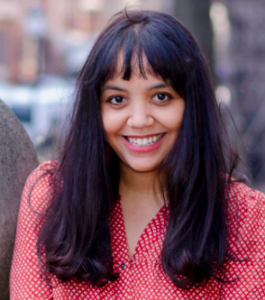 Hughes and the remaining cast, a group of 21 young African Americans, believed the nascent Soviet film industry, which had launched the careers of innovative and socially conscious directors like Sergei Eisenstein, Vsevolod Pudovkin and Dziga Vertov, couldn’t help but do a better job of portraying black people than Hollywood. The latter, depicted black people as violent, dim-witted, and sexually rapacious.

The fact that the Soviets wanted to employ black actors to play black roles was already an encouraging sign. Hollywood films tended to cast white actors in blackface; a rare exception at the time was the 1929 American film “Hallelujah” whose all black cast was only approved when the director promised Metro Goldwyn Mayer (MGM) that it would be a film about the horrors of black sexual deviance.

But was the cast of “Black and White” right to expect better representation of black people from the Soviet creative establishment? A look at Soviet visual culture of the time suggests perhaps not.

Primitivist tropes, white savior narratives and the use of blackface were all re-occurring facets of Soviet depictions of black life. Ironically, some of the most offensive representations of black people came out in Soviet anti-racist propaganda. One of the most common places to locate images of Africans in Soviet culture was in children’s media. Children’s books, plays and, later, cartoons served the function of communicating Soviet cultural values to the youngest sector of society.

One of those values was the importance of internationalism and the spread of proletarian consciousness to black and brown nations who’d been oppressed by capitalism and colonialism. However, Soviet writers and illustrators too often perpetuated a lot of the harmful stereotypes about these nations that they were ostensibly trying to dismantle.

For instance, in a popular children’s book about chocolate production, “How the Chocolate Got to Mossel’prom” (Mossel’prom was a state department store that sold candy), the cocoa beans are collected by an African boy who we’re told “doesn’t go to school” and “runs around naked.” He’s accompanied by his friend, a “red-skinned” Native American child (who’s magically popped up in Africa), and their movements in the trees are seemingly mirrored by an image of a monkey climbing up the same cocoa trees.

The way the African child is pictured, with bright red lips and exaggerated features, harkens back to American minstrel shows where blackface performers employed similar techniques. Though, the American intention was to debase black people, whereas the Soviets were presumably doing this within the context of solidarity building.

Still, Soviet artists did not quite understand the harm of representing black people in this way, and continued to employ this method, even in creative productions aimed specifically at critiquing American race relations.

In 1932, the famous Tairov Theater in Moscow produced Eugene O’Neil’s play “All God’s Chillun Got Wings,” a controversial work about an interracial marriage plagued by white resentment of black racial progress. While anti-racist in content, the Russian production of the play used white actors in blackface (meanwhile the original American production starred the black actor Paul Robeson — who eventually traveled to the Soviet Union and worked as a performer).

Though Soviet directors did not have access to black actors, this early use of blackface marks what would begin a longstanding and unfortunate lack of attention to the politics of representation when it comes to race — something that continues to plague conversations about offensive imagery in Russia today.

Perhaps the most well-known Soviet, anti-racist cultural artifact is Grigory Alexandrov’s 1936 film “Circus.” It tells the story of a white American woman and circus performer who along with her biracial black child, flees to the racially tolerant Soviet Union where she and her baby are welcomed with open arms. The baby is sung a lullaby in Yiddish and there is a musical number where people representing different Soviet nationalities sing together in solidarity.

The film is a classic example of how Soviet Russia situated itself in the global fight against racism: as an unimpeachable white savior that swoops in to save black people against the threat of American bigotry, with little reference to domestic ethnic tensions.